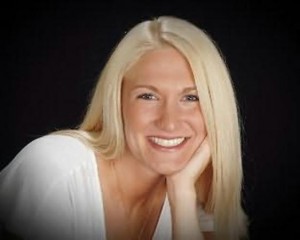 Jessica Warman is the author of four young adult novels – Breathless, Where the Truth Lies, Between and Beautiful Lies. Her novels have been translated into 11 languages, and Breathless was selected as an ALA Best Book for Young Adults. Her work has been classified as mainstream but quite often leaps into the supernatural and mysterious. Her fifth novel, The Last Good Day of the Year, is a tension-filled ride through the life of 17-year-old Samantha as she and her family try to cope with the long-unsolved kidnapping of her little sister. Warman balances her writing time with being a full-time mother to two daughters as well as taking care of her dog. Her husband Colin helps keep everything from spinning out of control.

Destiny: When I don’t write, I become a miserable and awful, depressive, semi-alcoholic nightmare of my worst self. It is intolerable. Sometimes when I’m procrastinating extra-efficiently, I’ll dabble in other artsy things, like painting or making absurd little movies. I can’t say with certainty that I picked “writer” from the pre-birth career-sorting hat and have no choice but to fulfill my own destiny. But I have to say, it’s either write, or go right down the funnel.

Kids: Kids make everything more difficult, those adorable little devils. I’m the stay-at-home parent, so my workday ends at 2:45 every day. I won’t even bore readers with the typical spiel about maternal guilt versus quest for personal fulfillment, the pressure on women to be the embodiment of whatever female archetype is required from moment-to-moment. It’s all in my head, of course: My kids will grow up, life will go on and I’ll write more books. This too shall pass, and all that. 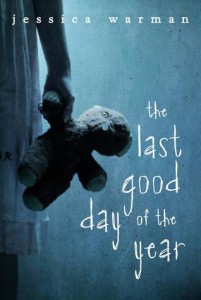 Teenagers: Obviously, I wouldn’t go back to my own teenage years for any reason, ever. But despite all the humiliation and awkwardness that comes along with that stage of life, there’s something magical about those years. When I was a teenager, I always thought it was such a weird contradiction how grownups would tell my friends and me: “You actions now will lay the foundation for the rest of your lives,” and in the same breath they’d roll their eyes at our high school soap opera drama as though it was all so petty and inconsequential. I guess I channeled my appreciation for the gravity of those situations into my characters. I’ve been legitimately invested in them, which I think has been crucial for writing books that feel authentic to a teenage reader.

Samantha’s story: The big questions I’m trying to ask with her story are all related to reality versus perception, and how much the truth actually matters. If you tell a lie for long enough that you start to believe it, then does it become the truth? All history is revisionist, to some extent. We’re all lying to ourselves about a million little things all the time, and I wanted to pick apart all of those little deceptions and show how they can ripple outward and gain momentum in ways that are sometimes devastating and unexpected.

Literary influence: David Foster Wallace was a genius, smarter than I even realized was possible, and he was also flawed and sometimes not a good person, but the idea that depression could bring down someone with his brainpower was horrifying. He was so bright in so many ways; he was as emotionally brilliant as he was logistically. Yet he couldn’t navigate himself back to sanity, and there’s something so uncomfortably human about that fact. We’re all united by our fragility, and nobody’s safe.

Patrick Parr’s work has appeared in The Japan Times, USA Today and Seattle Magazine. In 2014, he was awarded an Artist Trust Fellowship for his literary work.