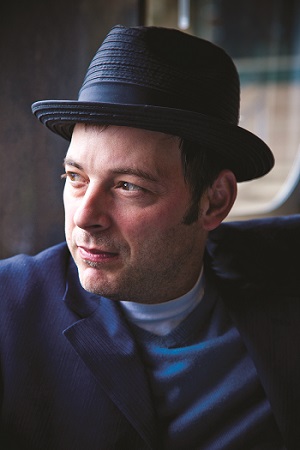 Novelist Jonathan Evison didn’t have an easy path to commercial and critical recognition. He wrote seven novels that were never published. He supported himself as a bartender, landscaper and car salesman. And he kept writing. All About Lulu (2008) was his breakthrough novel; it won the 2009 Washington State Book Award. Known for skilled character development and humor in unexpected storylines, Evison creates narratives that are both poignant and fun. His latest – This Is Your Life, Harriet Chance! – is about a 79-year-old woman who, during a cruise, reflects back on events and relationships in her life. Evison alternates between past and present and uses both second- and third-person points of view.

Variety
It’s funny to me that everybody is so quick to point out how different each one of my novels is, and I don’t disagree, but really I only have one major theme: reinvention. I have to believe that we can be the people we want to be, or at least inch our way closer to our idealized selves. It all starts with character for me, and I suppose, yeah, I want to explore a very divergent range of characters, and my novels reflect that.

Humor
It’s well documented that tragedy and humor are inextricably linked. Frankly, the way life kicks us in the teeth with such regularity, I don’t know how anybody survives without a sense of humor. Since the beginning, it has been a goal of mine as a novelist to evoke the widest range of emotional responses I’m able. I’m not trying to edify anybody so much as I’m trying to make them reflect emotionally, trying to awaken their empathy.

Unconventional formats
For starters: the failure of the early drafts. They were too linear – suffocating, in fact. Harriet’s real-time third-person narrative was in sore need of a counterpoint. The second person voice talks directly to Harriet’s character; it prods her and cajoles her and teases her and chastises her, but ultimately, it is sympathetic to her plight. The voice is an alternate version of Harriet, whose life began to diverge from Harriet at a certain point early in her history and continued to came to define her. And in terms of organizing these vignettes, the process was very organic. It’s generally an event or an association in the real-time story that triggers the flashback. Or one of the flashbacks triggers another association. 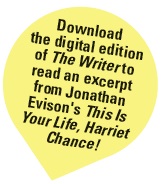 Voice
Truly, I just try to get out of my own way and inhabit the characters. I strive to get inside of them and leave myself in the dust, so I can consider their situations and dilemmas from a perspective that is not my own. If I can focus well enough to get there, the rest comes pretty naturally. The things they think and say and decide to do seem inevitable. The voice arrives out of thin air. When I’m writing character well, it’s not a very cerebral process. I feel the events rather than think them. I’ve gotta be inside the body and the psyche of my subject. If I can smell the coffee on my own breath, I know I’m not doing my job. My job is to jump through that empathic window and report on the human condition. Period.

Alexander Maksik on character and point of view

How to profile your character

Theme and the power of socks