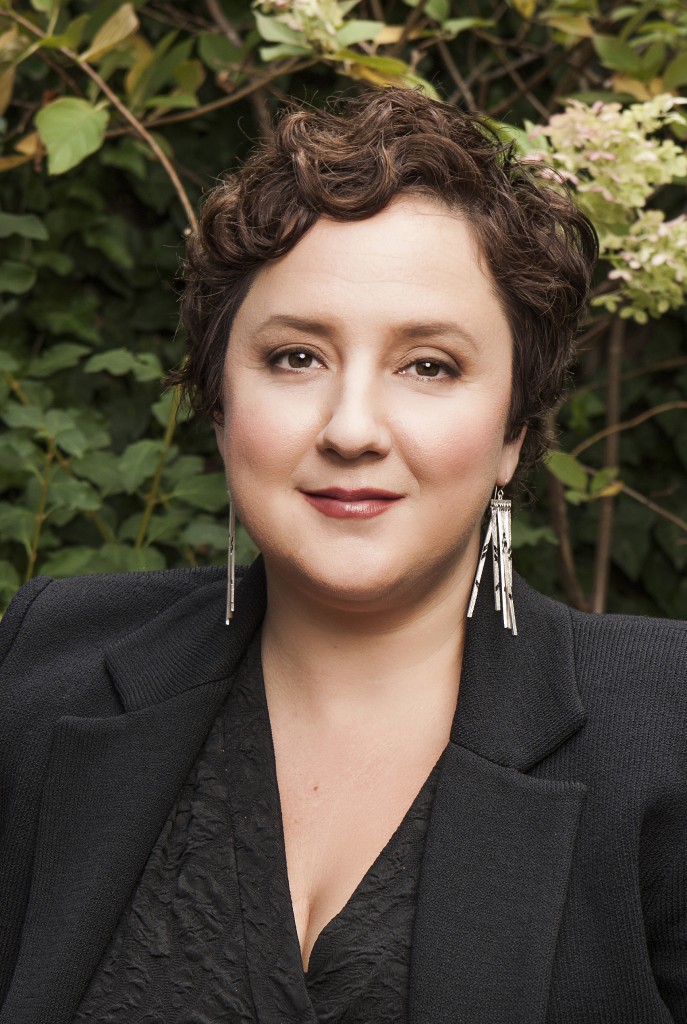 Julia Fierro is the author of the novels Cutting Teeth (2014) and the forthcoming The Gypsy Moth Summer (2017). She is the founder of The Sackett Street Writers’ Workshop, a creative home to more than 3,000 writers since 2002. A graduate of the Iowa Writer’s Workshop, she lives in Brooklyn and Los Angeles.

Storytelling is how we – not just writers, everyone – practice our humanity, by trying to make sense of the world and our place in it. Writers practice their humanity on the page – first as readers and, later, as ambitious copycatters hoping to capture the inscrutable essence of a favorite story, character, or voice. To write a story that truly surprises the reader, turns the reader’s (and the writer’s) preconceived notions inside out, requires unconditional empathy – the courage to imagine not just your hero’s virtues but also his flaws in all their grotesque and destructive truth. In real life, I’m a cynic who believes anything unconditional is a fantasy, but on the page I am a champion optimist, and I can only hope that the generous examination of humanity in its glory and decay I practice on the page crosses back into my real life.

Digging this deep into a character’s mind can exhaust a writer. Or it can be the very thing that makes her or him buzz. I’m in the latter camp. I write so that the imagined world feels equal to (and, on occasion, more enticing) than the real world. How else would a novelist justify the sacrifice of time with family and friends, and all those sunny days spent inside staring at a computer screen? Inhabiting a character comforts me, allows me to feel the very opposite of loneliness. I write to escape to that place where my consciousness fits in a character’s skin like it was tailor-made for me and my neuroses.

My favorite characters are always the most difficult. They are liars and cheats, narcissists and phobics, obsessives and gluttons. They are all those words some readers use to dismiss a character – flawed, unlikable, and irredeemable. It is for these same reasons that I love my difficult characters. The cracks in character/virtue are the tunnel through which I squeeze.

Each character is a new and unpredictable test of understanding and acceptance. You might call me a zealot if you listened to me preach about those moments when a character I’d labeled despicable transformed in front of my eyes (or behind, to be more exact), and I was able to love and forgive him or her, even if just for a moment, and in doing so, love and forgive myself – for we writers are always, intentionally or not, creating characters whose faces and minds and actions are mirrors the writer can’t help but look into. There he or she sees the reflection of his or her own exquisitely flawed nature. Then my church is my computer screen, and, trust me, it is one hell of a rush, the handful of times an author feels that fine balance, struggling to find and then finally securing the empathy to accept a despicable character instead of dismissing him or her.

People frown when I confess my belief that anyone can be a writer. That all it takes is a thousand hours of hard work and the hyper-focused practice of reading with a writer’s perspective – lifting every detail in a story, as if each were a smooth stone, and peeking underneath; analyzing each technical choice a favorite author makes in order to reveal the mystery of his or her successful effect.

Of course, this is a generalization. There are many factors that create a writer and the most significant is need. I often joke, when talking at literary conferences and events, that if we, the writers, could choose to stop, we would. For most of us, the need to make sense of and organize life through story, particularly its traumatic moments, was born many years before we penned our first title. For me, it was empathy.

I’ve always been an obsessive observer. As a child, I assumed everyone felt the world just as I did – a constant chorus of thought and feeling, interpretation and imagination. An impossible symphony both melodius and discordant.

Crowds were overwhelming. Concerts, amusement parks, even parties. Public transportation, a mass of strangers stuffed into one space, often sitting so they stared out at each other, was most intense. Climbing the steps of a crowded public bus meant walking into a storm of emotion – most of it imagined, but it felt just as real. Was the old woman sitting across from me all alone? Didn’t she have someone to care for her? The couple two rows back looked like they’re arguing – Oh God, is she crying? Even joy-filled moments, like a sleepy security guard in a crumpled uniform playing peekaboo with the baby sitting opposite, felt overpowering.

As much as I tried to quiet my imagination, I failed. I collected gestures, expressions, overheard dialogue and details, and wove a tapestry across which stretched a dramatized scene. Translating the world and its characters and details into story – tragic and comic – felt like my duty, my purpose, my job. Now I know it is.

—Gabriel Packard is the author of the novel The Painted Ocean, which was published by Hachette in October.