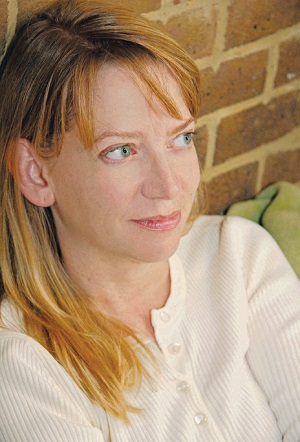 Short stories haven’t always received the attention or respect they deserve. Yet, the best short stories do what good novels do: Evoke emotion, connect characters and readers and include well-crafted dialogue. All in a short span. That’s what the short stories of Katherine Heiny do in her collection, Single, Carefree, Mellow. She focuses on women and their relationships, but Heiny’s work never reads as repetitive. Each story is unique and stands alone. Each one is infused with Heiny’s nuanced, smart and witty prose. Her characters are not always likeable. There’s infidelity, selfishness. But these darker sides make the stories more engaging and propel the plots forward. Her next project is a novel, and we asked her to talk generally about the craft.

Short stories
I started writing short stories when I was very young because they were easier for me to control. It seemed like less could go wrong than in a longer piece. Then I grew to love the other challenges and rewards of the short story – the way you have to be precise and condensed and make every word count.

Publishing
I had been publishing stories in literary magazines for about two decades before I ever thought of putting a collection together. I know that sounds disingenuous, but it’s true. Everyone said story collections didn’t sell, and it seemed easier just to keep writing stories than try to sell an unsellable manuscript. When I finally did assemble the book, it sold very quickly and no one was more surprised by that than me.

Flawed characters
I think flawed characters are likeable, because people are flawed. It creates an instant sort of empathy. It’s like when you read Gone With the Wind and Scarlett thinks that the worst thing about the war is how boring it is to hear everyone talk about it. You realize that she’s selfish, and that makes her real.

Autobiographical elements
I’m far too lazy to ever keep a journal. Fortunately I have a good memory. And when I’m with my friends, we have endless conversations where we say, “Remember when that man sneezed on you in the elevator? Remember that time you woke up not knowing where your purse was?” I’m sure it’s incredibly boring for everyone else, but I love it. 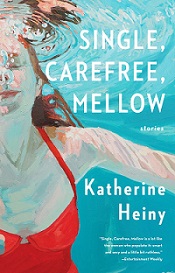 Transitioning to a novel
The novel started out as a short story, and then it became a series of stories. Eventually I realized that what I was writing were chapters. I found the idea of sitting down to write a novel too intimidating. I had to back into it. In many ways, writing a novel was like some really long family reunion. I had to get up and see the same people whether I wanted to or not. But in other ways, it was really, really fun.

Rejection
I still get rejections all the time. In a way, it’s hard because a short story is so personal, and you send it off into the world and hope it does well. But it’s all so subjective. I always figure if one editor didn’t like a story, some other editor will. You can’t take it personally, because it would be too easy to just stop submitting, and then where would you be?

Routine
I tend to work in the morning when I have relatively more energy, and I try to stay in my pajamas as long as possible because once I get dressed, I feel sort of empowered, and I’m more likely to go to the grocery store or the gym. I know this makes me sound like a sad, sad person, but it’s the only thing that works for me.

Jaime Joyce and her short story in The New Yorker