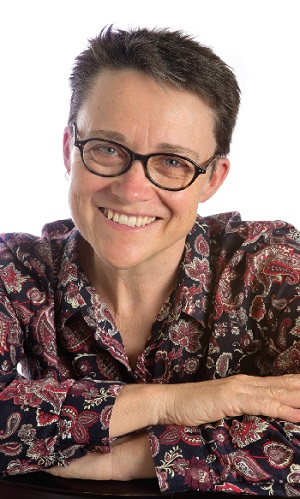 Kelly Gardiner is best known for her historical YA novels and other books for children. She crossed genres in 2015 with her first book for adults: Goddess, a historical novel about Julie d’Aubigny, 17th century swordfighter, opera singer, bisexual and cross-dresser. We asked her about the writing process.

Why an adult audience? Once I decided that it would be structured as a death-bed confession, with Julie looking back over her life, I knew it had to be written with an adult readership in mind, rather than for young adult readers. That was one of the earliest decisions I made. Current YA novels don’t tend to be narrated by older people or finish with the bleak and far-too-early death of the narrator (although there are notable exceptions). We tend to reach for hope in fiction for young people. But there was no other way for it to end, for me. That said, there’s no real reason why young adult readers can’t or won’t read it, and in fact some librarians have made the decision to shelve copies in both young adult and general fiction, which is fabulous.

What are the biggest challenges of switching genres? I write for a wide range of age groups, and it’s an intuitive process at the start – part of knowing I want to write the story is also being sure which age group is right for that story. Technical decisions about structure, syntax and vocabulary, and creative and ethical decisions about themes and approaches, flow from that point and continue throughout the writing process. Goddess is much more complex structurally than I would normally attempt in a kids’ or YA novel, for example. It’s constructed in five acts with a prologue, reflecting the operas in which La Maupin performed, and switches between first-person recitative and third-person crowd scenes. A hidden structure also reflects the Baroque opera tradition of building up to a climax at the end of the second act.

How’s that different for younger readers? You can switch between points of view and voices in books for readers down to middle years, but you’d approach it differently and build in more scaffolding so they know what’s going on. All my novels are carefully but (hopefully) invisibly structured: they just don’t usually have to operate like an opera, or map to a real person’s chronology. It was a complex beast to manage and I built the world’s biggest spreadsheet to help me.

Advice for others? I’d encourage anyone who wants to write for different age groups to do some reading about reader development, vocabulary, perspectives and approaches for each age group. That stuff is far from intuitive, but there is a lot of research around, especially in the education and literacy fields, and if we’re writing for kids or young people we really need to understand it – and then make it look easy.

How long did it take to find Julie’s voice? I heard that voice, crystal clear in my mind, even before I started writing. Weird. The first lines I ever wrote in the recitative, before I’d made any conscious decisions about the book, are still there. Amazingly they’re often the lines that people quote back to me.

What was your process? I don’t mean to say I just jotted down what some ethereal voice dictated. She is an unreliable narrator – at times selfish, oblivious, rude and boastful, and at other times vulnerable and frail – so that balance took some work. Years of it. In the endless redrafting and editing phases, I tried to be ruthless about paring it back, even though it was clamoring in my ears, especially in the later stages, when the character is feverish and weak and rambling a little. And that, my friends, is why we love our editors.