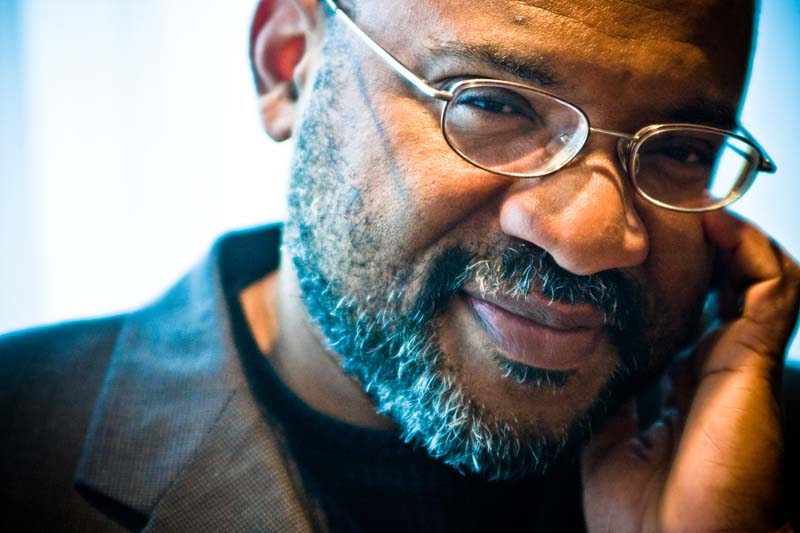 “The drunk see into the gloom, hear voices” is the first line of Kwame Dawes’ poem “Exorcism,” an homage of sorts to Edgar Allan Poe. In many of the new and selected poems in his book Duppy Conqueror, the Jamaica-raised poet calls out to the voices of his own literary influences: August Wilson, Zora Neale Hurston, Kaum Brathwaite, Bob Marley. Dawes is a prolific and deeply musical, careful and caring poet. He has published 16 collections, and said that if he writes 10 poems as drafts, nine will move forward to fruition. “I don’t like to waste paper,” he explained. Which shows another aspect of his personality: He embraces humanity in all its sensuality and practicality and fierceness. We caught up with him at the Miami Book Fair International to ask about making poetry.

Beginnings: It’s a peculiar thing, trying to describe a process of writing because I am not sure I understand it fully myself. The impulse to write is an impulse to write in a certain kind of way – to respond to art or to the shape of somebody else’s poem or a challenge to do sonnets or something technical. Once the impulse is there, it is self-driven.

Work habits: I work longhand, and I try to write in an artist’s sketchbook or with more than one sheet of paper. I cannot write on a single loose sheet of paper. I write a first draft of a poem, and if I don’t finish that first draft in that first sitting, then the poem is discarded. I must get from the beginning to the end – what I perceive to be the end of the impulse – before I feel I have found what I am writing about. Once that draft is completed, a number of things can happen. I can keep working at it over a number of days, or I can put it away and come back to it years later. That first draft more often than not is closer in shape and in content to what the final draft will be. But also very often, that first draft can change drastically.

Listening: The metaphor I use is slightly tongue in cheek, but it turns out to be dangerously close to reality, and that is that my brain is a kind of cesspool that collects material unfiltered – or it may be filtered. I’m not conscious that I’m putting things into it. I may remark that something as interesting, but in truth what I’m doing is pulling something into that pool. When I make the decision to write a poem, I don’t know what is going to come from that pool. The act of writing brings together various and complex things. What I may access from that pool might happen immediately, or it may take years.

Revision: I will take the material and work on it steadily until I have something I can transfer to the computer. And when I transfer to the computer, while I am transferring, I’m changing and editing and moving things around. I’m adding or taking out rhyme or assonance. I might find a great epigraph or an image that will work inside the poem. That process is ongoing.

Advice: In many ways, the compulsion is less negotiable than what we do with the compulsion. I don’t know what this compulsion in me to write has been. I know it’s tied to how delighted I was by reading and the way stories transported me. My desire was to preserve experience through language. I used to have a pen pal. I loved the sense that I could control the narrative, that I was responsible – pre-Google, pre-Wikipedia, pre-all-that-stuff – with everything anyone on the other end could know about my world. I controlled that language. That made me giddy. Before I even thought of writing a poem or story, that was exciting, and I don’t think that impulse has changed. You do have to make a decision to bring your capacity to respond to that compulsion to the point where you can do justice to that compulsion. That, I think, is craft. Craft is work.