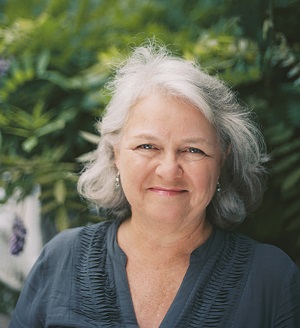 You can tell from the chapter titles – “Spelling Is for Weirdos” “Who Put the Hyphen in Moby-Dick” – that Mary Norris’ first book, Between You & Me: Confessions of a Comma Queen is not the usual sober, finger-pointing collection of rules for writers. Entertaining as well as instructive, it’s a breezy read that humanizes the nuts and bolts of writing via engaging storytelling. Norris takes construction, usage and self-editing seriously, but the longtime copy editor for The New Yorker is no obsessive. “I like to help a writer find the optimum form for a sentence so that it says what the writer wants it to say in a compelling way,” she says. “But you could spend so much time reading books on usage that you would have no time left to write.”

The mechanics: It’s fine to pay attention to punctuation, grammar and spelling, and it’s not a bad way to procrastinate while you’re trying to think of what comes next, and you definitely want to turn your attention to it toward the end. It’s a mark of respect to polish a piece at the technical level before giving it to an editor. Some writers are more attuned to the details than others, but you can’t stand over yourself with a whip while you’re writing. The writer has a built-in editor, and you have to ignore that editor while you’re first generating the writing. Otherwise you will write by what a friend of mine used to call “the constipation method.” James Joyce did without punctuation, didn’t he? And he was great, so he is the best of the worst offenders. Henry James punctuated everything maniacally, and he was great, too.

The serial comma: I like it. I know that the knock on the serial comma is that it is unnecessary. Its champions say that it prevents ambiguity, but such cases are actually rare. My sense is that word order is supreme, and if your words are in the right order they punctuate themselves. The comma was originally a way to separate things, to keep them clear. So sometimes you break a rule and put in a comma even though there’s a rule about, say, not having a comma between two elements of a compound predicate. Punctuation is sometimes for pacing but above all for clarity.

Shaping dialogue: While it’s acceptable to reconstruct the way people talk, a little goes a long way in dialogue, and slang ages fast. I could not read Precious. But there is a book coming out in August by Eli Gottlieb, Best Boy, in which the narrator is autistic and his voice evokes his world in a mind-bending way that makes him real. I loved that.

Spell-check: There are good writers who are not good spellers and who let things slip. For them, spell-check is good insurance. Otherwise spell-check is like the calculator: I worry that overreliance on it will keep children from learning the basics.

Advice: The best way to learn is not by studying manuals and rules but by reading well-edited prose and trying to stay alert to the details. Of course, we read first for content and story, and if you are absorbed in what you’re reading, the punctuation disappears. It’s supposed to – it shouldn’t be distracting. So you learn by osmosis. A friend who was also a copy editor told me, “Know your enemy.” She meant the copy editor within, who was strangling the writing. Think of it this way: you’ve got to leave something for someone else to do. My first writing teacher was my older brother, who taught me to be concise. When you’re describing something, don’t pile up sentences, even if they’re good ones, but “pick the biggest one and fire.”