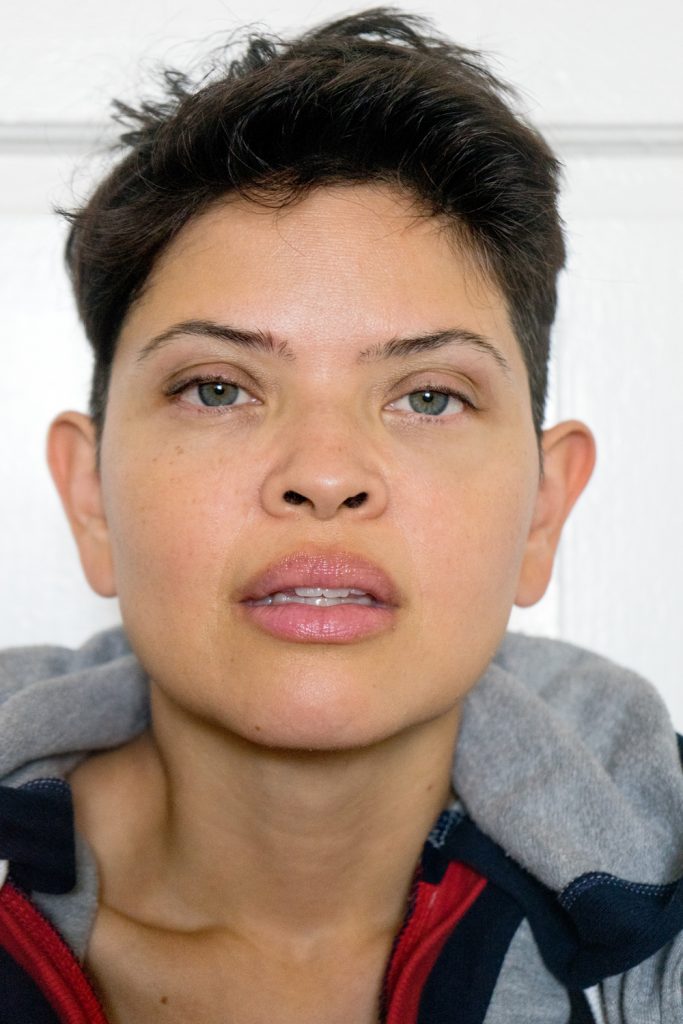 Writer and educator Myriam Gurba may be best known for her epic takedown of Jeanine Cummins’ American Dirt, a misguided work of “social justice” wherein the author, a self-described white woman, attempts to step into the shoes of a Mexican refugee. The results are unintentionally hilarious and offensive at the same time, the premise unbelievable. Gurba, who was initially commissioned to write a review of American Dirt for Ms. Magazine, eventually wrote about it, as well as her experience of being told her review was too much for Ms., for Tropics of Meta.

I’ve called her because I’ve just finished reading Mean, Gurba’s wonderful memoir, and am in the middle of reading her Painting Their Portraits in Winter: Stories, a collection of short fiction. I’m keen to learn more about her unique style and the techniques she uses to achieve that craft.

Gurba’s family is from Guadalajara, the capital of the Mexican state of Jalisco. Her grandmother still lives there, and as I spoke to her about her work, the breadth of experience from which Gurba draws her work became apparent. We started off talking about the way Gurba uses titles and went from there.

The Writer: Your use of titles in your work is significant. Sometimes they’re very long, and sometimes they’re short, but they always seem to add so much to the essay or short story we’re about to read. Can you tell us more about that?

Myriam Gurba: I think that a title is perhaps the most significant part of a work because, to me, the title is the workspace. It’s like the forward-facing piece of the work, and so, it has to capture the essence, right? And I think that often people are frightened of being audacious with the title. I think people are often concerned that a title is going to do too much work, and it’s going to give away the work instead of considering how, yes, the title might do that – but maybe that’s what a title should do. The title’s job is to be the ambassador of the work. And so, I like a title that’s seductive. And I like titles that make the audience do a little bit of work.

The titles play an important part because I’m very invested in linguistic rhythm in a lot of my work. All of my work is work that I read aloud to myself, and typically work that I read aloud to others…So I write with my eye, but I also write with my ear, and I write with my body. And if the title doesn’t work, then I know that the rhythm is off. And so, the title functions almost like a musical bridge. And if the bridge doesn’t work, then the audience can’t travel from one piece to the next. They need an effective bridge.

TW: Can we talk a little about the use of humor in your work? You address a lot of uncomfortable topics with humor, like sexual assault or racism. It’s lazy for folks to talk about dark humor without dialing into what they actually mean, but I can see people speaking about your work in those terms.

MG: I am often aware that I am using humor in my work, so that’s a largely conscious choice, although sometimes it kind of sneaks in there. And I come from a family that I think is funny. And I do think that people who are forced to survive trauma develop a lot of different mechanisms for self-soothing, and I think that humor is one of them, OK? And so, that is why my humor developed. It developed as a self-soothing mechanism but also a mechanism to soothe others. And then, because I write about subjects that are quote-unquote “difficult,” I understand that if my audience is going to stay with me and not abandon me, I need to offer them something to soothe them if they are going to be able to tolerate cruelty, violence, etc. So the humor is there as an intentional balm.

TW: In your work, you use a lot of code-meshing. Words show up in Spanish and in Spanglish, and you often don’t explain them to the reader, challenging us to come along with you if we don’t know the word. Can we talk a little about that and how you balance your voice with the reader’s understanding?

That mother-daughter relationship, that maternal relationship, is crafted through Spanish. That’s the language through which that relationship lives. And so, I feel like I sever it if I communicate it entirely in English.

So for me to write a scene involving my mother that is entirely in English, especially if I’m communicating with her, I feel wrong. And to give an example of just how wrong it feels to mix English and my mom: On very, very, very rare occasions, my mother will address me in English. Maybe once a year, it’ll happen. Because it’s so unusual for it to happen, and because English is a language my mother uses with strangers, I feel like my mom is talking to a stranger. And it’s painful to me to feel as if she’s addressing me, as if I’m an Anglo stranger. And so, that intimacy is created through Spanish, right? And that mother-daughter relationship, that maternal relationship, is crafted through Spanish. That’s the language through which that relationship lives. And so, I feel like I sever it if I communicate it entirely in English.

And then the other thing that also has to happen when I code-mesh is that it needs to sound right. So if I’m going to engage in Spanglish again, I need to write with my ear, and I need to read the work aloud to myself, in order to hear harmony in it, to find the music in it.

MG: That’s an interesting question. I do not think too much about that. And I do not think much about that because I’m writing for an audience that I assume is an audience that lives in Spanglish or that is open and warm and interested in those of us who live in Spanglish. And so, I don’t consider those members of an audience who might be opposed to it. If they find their way to the work, good for them. This is a gift to them. But the writing is not for them. For example, when I wrote the essay on American Dirt, that had a lot of code meshing in it, and it was written specifically to Latin American Diaspora. That’s correct writing, too. And so, it was meant to feel like an intimate, gossipy conversation that I was having with that audience. And if other people find their way to our gossip circle, they’re invited to pull up a seat and sit down. But we’re not going to modify our gossip in the gossip circle for a visitor. How silly does that sound?

TW: So turning that on its ear, what do you think code-meshing does for the reader that you are intending to speak to?

TW: Can we talk a little about the process, the way that you learned to write, and craft as it pertains to that?

MG: There’s, I think, a misconception about outsider writers like myself who come from racial or ethnic minority groups of people. There’s this belief that we are blessed with this abundance of raw, natural talent. Like the work that we produce is like Athena sprung fully formed from the head of Zeus. No. We work at it. We work on our cultural production, just like everybody else works and labors at cultural production.

I taught myself to write through choosing literary ancestors and mimicking them.

I became interested in writing as a vocation when I was in adolescence, when I was a teenager. And one of the ways that I came to writing as a discipline or as a vocation was through literary curriculum that I was exposed to when I went to Catholic school. So at Catholic school, I read a lot of novels by American modernists, and I read a lot of poetry by American modernists, and I thought to myself, I could do this. And what I did was – this was pre-internet – I took my ass to the library, and I read the work of those poets and prose writers. But more importantly, I researched their lives. And then what I did was, I researched specifically what their process was. How did these writers come to be writers? And then what I did was I took notes on practices they engaged in that I could replicate at home. I couldn’t replicate all the practices, but I could replicate some of them. So, for example, I would learn about what Sylvia Plath’s writing schedule was and what her practice was. I would go home and replicate it as a teenage kid. That was how I taught myself to write. I taught myself to write through choosing literary ancestors and mimicking them.

When a writer first comes to writing, we often will use other people’s style as stylistic training wheels. And when we use those training wheels, our prose or our poetry is really clumsy because it’s clear that we’re impersonating somebody. But when we learn to ride a bicycle, we have to use those training wheels, whether we like it or not. And eventually, once we understand what it is to move through space in equilibrium, we don’t need to rely on somebody else’s work holding us up to maintain our equilibrium. We figure out that physics on our own.

—Yi Shun Lai is the author of Pin Ups, a memoir. She teaches in the MFA programs at Bay Path and Southern New Hampshire universities and is a founding editor of Undomesticated Magazine. Visit at undomesticatedmag.com.