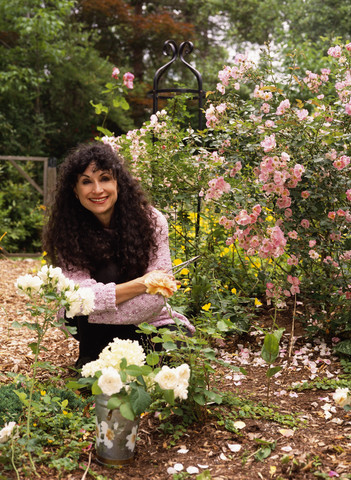 In her newest book The Human Age: The World Shaped by Us, acclaimed nature writer Diane Ackerman tackles what is perhaps the most urgent question of our era: What lasting impact will humankind have on the planet? Using her characteristic lyrical prose, Ackerman pens this epic contemplation of the world as we know it, and her surprisingly optimistic tone sheds new light on a topic many writers have pursued. The Human Age highlights impressive technological advances that may have the power to see us through future havoc, while acknowledging the depth and complexitiy of the damage done.

What inspired you to write The Human Age?

I was puzzled by certain questions: Why does the world seem to be racing under our feet? Why is this the first year Canada geese didn’t migrate from many New England towns? The world is being ravaged by record heat, drought and floods; can we fix what we’ve done to the weather? What sort of stewards of the future planet will today’s “digital children” be? Are they altering the wiring of their brains, and how will that affect our evolution as a species? What will it mean to travel when we can go anywhere on our computers, with little cost or effort? With all the medical changes to the human body – including carbon blade legs, bionic fingers, silicon retinas, computer screens worn over one eye with the ability to text by blinking, bionic suits that make it possible to lift colossal weights and a wonderland of brain enhancers to improve focus, memory and mood – will adolescents still be asking “Who am I?” or “What am I?” How will cities, wild animals and our own biology have changed in 50 years?

An international coalition of geologists was arguing that our impact on the whole planet was now so profound that we need to change the name of our geologic era to the Anthropocene, which translates as the human age. I’d go further and say our impact is on all of nature, including human evolution. Our culture has been evolving at [a high] speed, and it functions as another kind of environment, one we also adapt to, and it’s a powerful source of biological change. For example, studies show that students are becoming more myopic from all the close work at computers.

How was writing The Human Age different from your previous books?

I suddenly had to come up to speed on many sciences simultaneously while also thinking about the psychological and societal changes they have brought about. Although they may seem to be unrelated, they’re all part of one motif: our rapidly changing relationship with the natural world.

What was most fun about writing this book?

It was great fun visiting Budi, an orangutan who uses an iPad; and the Frozen Ark in Nottingham, England, where they store the genes of the world’s endangered animals; and going fishing with a pioneer 3D aquafarmer; and exploring a roboticist’s lab; and visiting a scientist who 3D prints body parts with ink made of live cells.

The Human Age is written in first person. Why did you think that was a good choice in a work of science/nature writing?

As Thoreau says in Walden: “All writing is first person, whether we label it so or not.” But I mainly write in the first person in The Human Age when I have stories to tell, interesting people to visit, [and] observations to share, so that readers can see through my eyes a little better and discover things with me. I use different tenses and points of view depending on the book. In The Zookeeper’s Wife, for instance, I settled on [third person] narrative nonfiction, a genre in which you can use fictional techniques, but everything has to be true.

You have a couple of characters and narratives that weave throughout The Human Age. How did you decide which narratives would provide the structure for the book?

I chose people and narratives that embody different facets of our new era. Budi, the iPad-using orangutan, became the through-character [and] master of ceremonies for the book because he suggests how we’re driving animals extinct while also inviting them to share our digital fantasia. And because humans are really just apes with iPads. 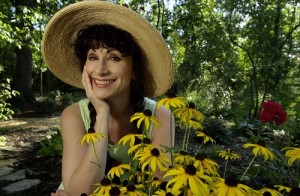 What effect does your background in poetry have on your prose and vice versa?

Poetry continues to be the source of my creativity, even when I’m writing prose. We experience the world in lavish sensory detail, and I try to capture as much of that as I can when I’m writing, whatever I’m writing. Of course, not every page or moment of a nonfiction book can be poetic, but the ones that are are the ones that satisfy me the most.

What made you want to be a writer?

I’ve been writing since I was little. I loved exploring nature and trying to capture life’s moments in a net of words. I went to Boston University to major in physiological psychology, but when I transferred to Penn State in my sophomore year, the computer put me in English by mistake, and since I’d been writing shyly but enthusiastically my whole life, I assumed it was fate. Then, as a senior, I had to choose between doing an MFA in poetry, digging up earthquake victims in Peru or working at Jane Goodall’s site in Tanzania. I chose an MFA at Cornell, and it was as if someone threw a switch in my life, and I started traveling in a specific direction.

What formal science education, if any, do you have? How do you approach complicated scientific topics you want to write about?

It’s a shame that college students are asked to choose between the humanities and the sciences – as if the universe were knowable from just one perspective. That didn’t make sense to me, so I asked a poet (A.R. Ammons), an astronomer (Carl Sagan) and a fiction-writer (James McConkey) to be on my MFA, MA and PhD committees, and they made it possible for me to major in English and comparative literature and creative writing while also poaching in the sciences.

What drew you to writing about science and the natural world?

That wasn’t a conscious choice. It’s all “nature” to me, not science, and humans are simply one part of nature, all of which fascinates me – the whole spectacle of being alive.

You recently won the PEN Henry David Thoreau Prize. Is Thoreau of particular influence to you?

Thoreau viewed nature with affectionate curiosity and a keen eye. What he mainly did was pay attention, and that speaks to me deeply.

Honor: Has a molecule named after her – dianeackerone – a pheromone in crocodilians

Get to know Ackerman’s works through these quotes from her books.

“Words are small shapes in the gorgeous chaos of the world.”
– A Natural Historyof Senses

“Words are the passkeys to our souls. Without them, we can’t really share the enormity of our lives.”
– One Hundred Names for Love: A Stroke, a Marriage, and the Language of Healing

“We can’t enchant the world, which makes its own magic; but we can enchant ourselves by paying deep attention.”
– An Alchemy of Mind: The Marvel and Mystery of the Brain

“Alligators have beautiful undulating skin, which feels dense, spongy, solid, like the best eraser.”
– The Moon by Whale Light and Other Adventures Among Bats, Penguins, Crocodilians, and Whales

“For if I do something, I never do it thoughtlessly.”
–The Zookeeper’s Wife 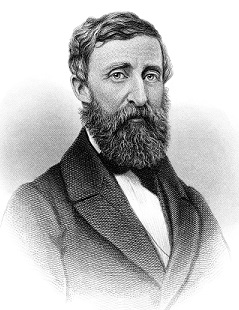 “I learned this, at least, by my experiment: that if one advances confidently in the direction of his dreams, and endeavors to live the life which he has imagined, he will meet with a success unexpected in common hours.”
– Walden: Or, Life in the Woods

“Most men lead lives of quiet desperation and go to the grave with the song still in them.”
– Civil Disobedience and Other Essays

“Read the best books first, or you may not have a chance to read them at all.”
– A Week on the Concord and Merrimack Rivers

“If we will be quiet and ready enough, we shall find compensation in every disappointment.”
– I to Myself: An Annotated Selection from the Journal of Henry D. Thoreau

“The spruce and cedar on its shores, hung with gray lichens, looked at a distance like the ghosts of trees. Ducks were sailing here and there on its surface, and a solitary loon, like a more living wave – a vital spot on the lake’s surface – laughed and frolicked, and showed its straight leg, for our amusement.”
– The Maine Woods

Megan Kaplon is an associate editor at The Writer.