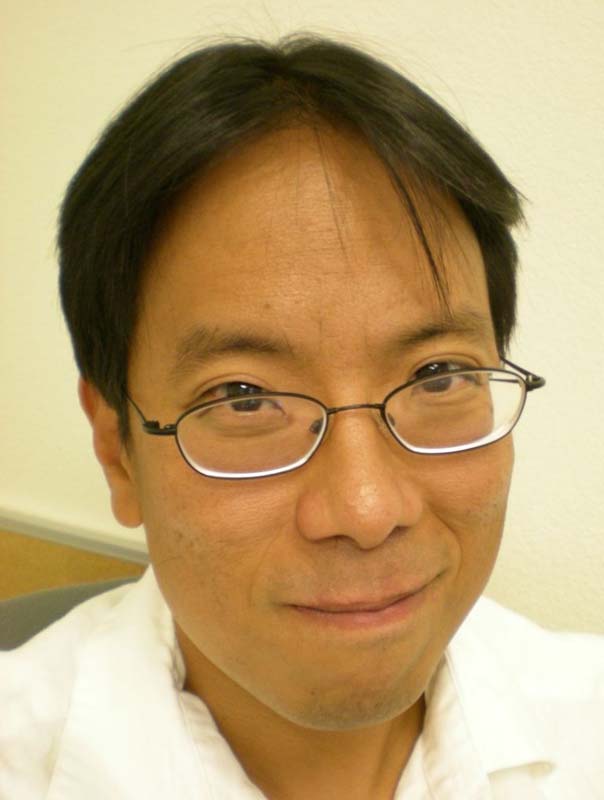 The story of how the affable Mike Jung became a published children’s book author is nothing short of stupendous. But what else would anyone expect from the writer who introduced young readers to a superhero named Captain Stupendous in his debut novel, Geeks, Girls, and Secret Identities?

Jung tapped into his own superpowers during his journey to pen a break-out book and get it published. The aspiring author harnessed social media savvy to find places online where he could connect with writers and other experts in the publishing industry.

“I have a day job and small kids at home,” says Jung, electronic resources manager at St. Mary’s College in Moraga, Calif. “Going to a ton of events was hard. Getting involved with the online community was the way for me to go.”

Jung joined the Society of Children’s Book Writers and Illustrators in 2006 and immediately reached out to members through the organization’s online resources.

“My first foray was on the SCBWI bulletin boards,” he says. “I wanted to learn more about the craft, get a sense of who the people were in the industry, and how this industry worked.”

On those boards, Jung fostered a pivotal relationship with award-winning children’s book author Lisa Yee. “We would comment on the same stories,” he says. “And we developed a bit of a rapport.”

Jung also engaged in conversations on Verla Kay’s message board, an online forum where children’s book writers and illustrators share information and advice.

As he continued to work on his middle grade novel, Jung added more firepower to his social media artillery. He joined Twitter and Facebook in 2008. Jung viewed those online communities as additional avenues to connect with writers, editors and others involved in children’s publishing.

Jung, however, never pitched himself or his writing in any comments he posted online. “I’d read a lot of advice along the way about social media,” he says. “That advice said you should be a participant online. You should join conversations, but you shouldn’t impose yourself on people in inappropriate ways.”

Jung’s online comments reflected his trademark sense of humor, especially the posts he made on Yee’s Facebook page. “She is really good at asking questions and inviting people to comment,” he says.

Jung’s witty writing captured the attention of one of the most respected editors in children’s publishing, Arthur A. Levine.

“What I noticed was Mike leaving very funny, but also very smart comments on Lisa’s page,” says Levine, who has his own imprint at Scholastic and is renowned for buying the rights to the Harry Potter series. He’s also Yee’s editor. “I wondered, who is this Mike character?”

In a rare move, the publishing powerhouse decided to connect with Jung on Facebook. “I received a friend request from Arthur in late 2009,” Jung says. “It was kind of shocking. But I’d done enough research to know he was number one on the list of editors I wanted to work with.”

Jung fought the urge to use the internet connection to pitch his book. “Facebook is not a vehicle for submitting a manuscript or pitching a query,” he says. “At the core, it’s about relationships. I restrained myself from mentioning my manuscript to Arthur. And that turned out to be the right move.”

Over the next several months, Jung developed what he calls a “friendly relationship” with Levine. They talked about books, the writing process, kids and, of course, Yee.

Then the unexpected happened.

In a surprising plot twist, Levine asked Jung to send him his manuscript. “Arthur said, ‘I enjoy your posts on Facebook, I think you’re funny, you write well, and I’d enjoy reading your manuscript,’” Jung recalls. “And not being an idiot, I said yes.”

The next year, they both attended SCBWI in Los Angeles and had the opportunity to meet in person.

“We hit it off immediately,” says Jung, a down-to-earth writer who considers himself introverted and socially awkward. “I was standing in the back of the room at an agents’ panel, and Arthur came strolling up behind me. He nudged me in the elbow and there he was – the legendary Arthur Levine.”

The celebrated editor quickly put Jung at ease. “He gave me a vibe as if we were old friends,” Jung says. “We sat down and talked about everything under the sun.”

The one topic they didn’t discuss was Jung’s manuscript: “I knew Arthur already had it, but I didn’t bring it up.”

Two days after the conference, Jung received a phone call that sealed his fate as a published children’s book author. 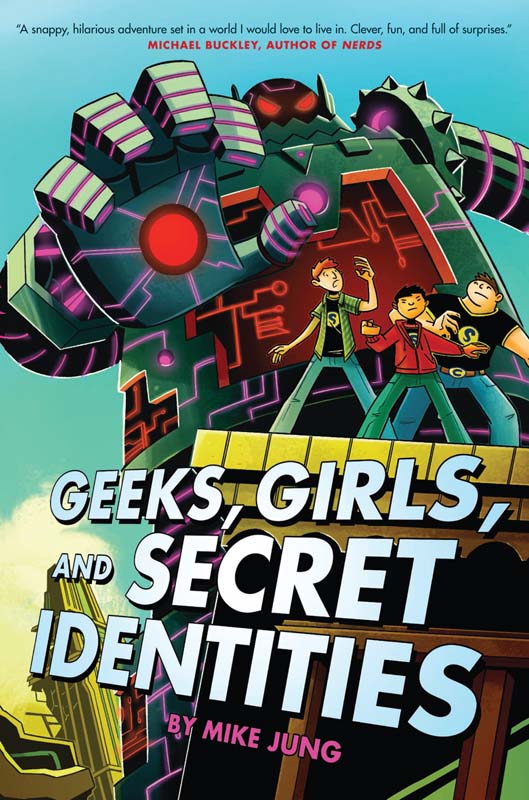 “My agent told me she received an email from Arthur saying he’d read my manuscript and would like to publish it,” Jung says.

“It’s kind of flabbergasting to look back on everything,” says Jung, who credits his active participation in online communities for much of his writing success.

Levine isn’t willing to give social media all the glory, though. Jung’s writing talent and his distinct voice also played key roles, he says. “Mike has such an identifiable voice. He is very much a contemporary kind of author as well as a classic author.”

Ammi-Joan Paquette, Jung’s agent, agrees. Online forums connected her with Jung, she says. But his writing convinced her to sign him as a client.

“I’d seen his posts on Verla Kay,” says Paquette, an agent with the Erin Murphy Literary Agency. “From there, I went to his blog. He had a very exuberant, lively and fun style of writing.”

Paquette sent Jung an email and asked to read his manuscript. “I hadn’t seen his work, but his writing captivated me,” she says. “Mike was always authentic in his interactions. You got the sense that this was just a genuinely great person.”

Jung had another online trait that caught Paquette’s eye. “There was never any pandering or pitching in his comments,” she says. “He was enjoying himself, being professional and getting to know people for their own merits. You never had the sense that he had any ulterior motives.”

Jung is still active online. His clever comments often center on his children, his writing struggles and even his fondness for ukuleles.

“There’s really no way I can justify buying a screaming red fiberglass ukulele case for $180, but that isn’t stopping me from wanting to,” he wrote on Facebook in early May.

The California native is busy working on his second middle grade novel. He and his editor won’t disclose details about the book or its storyline yet. But with Jung’s superpowers approach, there’s a good chance the outcome will be nothing short of stupendous.

Lisa Wade McCormick is a freelance writer and investigative reporter. Her stories have appeared in The Kansas City Star and the national consumer news website ConsumerAffairs.com. She is writing her 18th nonfiction book for children.