For novelist Ruth Ozeki, writing and meditation are intimately entwined.

“They’re both contemplative practices that require enormous patience,” she says. “[In meditation] you’re aware of your thoughts and your sensations. You’re constantly being pulled out of the present moment by your worries, what to cook for dinner or some other concern. And then you catch yourself, and you return. It’s this constant practice of return. That’s very much what writing is about, too.”

A Zen Buddhist priest, Ozeki has practiced meditation throughout her life, a skill that helps her tackle the blank page each day. The practice deeply impacted her third novel, A Tale for the Time-Being, which was published in over 30 countries, shortlisted for the Man Booker Prize and recently received the Los Angeles Times Book Prize for fiction.

Ozeki empowers her students at Hedgebrook, a women’s writing institute in Washington state, with practical meditation and mindfulness exercises that enhance the writing process. She believes meditation helps control self-criticism, doubt and other “self-sabotaging feelings” that inhibit a writer’s work. For instance, a meditation based on sensory awareness allows students to “enliven the words on the page.”

“[Meditation] helps train the mind to settle and focus and be more perceptive, more aware, which is of course very helpful for the writing practice,” she says.

Joining a team of seven women writers and longtime friends, Ozeki will bring her unique pedagogy to the upcoming Vortext: A Weekend Salon for Women Writers at Hedgebrook on Whidbey Island, Wash. The intimate weekend provides workshops, keynote speeches, free writing time and a strong sense of community.

Hedgebrook supports women in their creative projects, allowing attendees to recharge their batteries and build confidence in their craft. For the women who have taught the Vortext salon for the past two years, the weekend is one of joy, kinship and “rather raucous evenings at the farmhouse table,” Ozeki says. “There’s a lot of wild conversation and an enormous amount of laughter and quite a bit of singing involved.”

In the workshops, Ozeki will emphasize the importance of patience and commitment during the writing process. She believes technology’s “instantaneous access” can have a negative impact on writers and increase the rush to publish.

“Technology exists to help us defeat time and space,” she says, yet “time and space” are essential elements for writing. 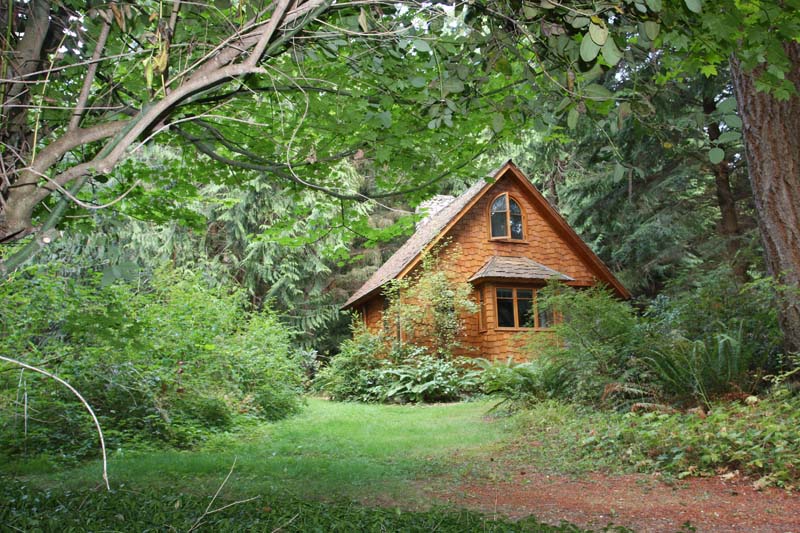 The novelist felt technology’s effects prior to her first residence with Hedgebrook in 2010. At the time, she was concerned by her deteriorating mental health: She could no longer focus on writing projects and struggled to remember essential details. She feared she would never complete a novel again.

At the time, she was “heavily relying on the Internet to fill in the gaps.” Once at Hedgebrook, located on a remote island with limited Internet access, Ozeki realized that the web had become an addiction. The Internet’s overstimulation “reconditioned” her brain and constricted her writing abilities.

“My mind kept reaching outside of itself for answers,” she says of her first time at Hedgebrook. “That’s what the Internet trains you to do.”

The unconnected time on Whidbey Island allowed Ozeki to regain control of her novel and transformed her approach at a pivotal moment in her career. Ozeki now uses the computer app “Freedom,” which restricts Internet access and allows her to experience “longer periods of concentrated writing,” she says.

A year later, Ozeki attended Hedgebrook as a student, participating in a master class taught by novelist Karen Joy Fowler, who also teaches at Vortext. Fowler provided encouragement and “collegial support” during a critical time in the genesis of A Tale for the Time-Being. The workshop experience renewed Ozeki’s creative energy and solidified the future of her novel.

Community is an essential aspect of Hedgebrook, one that attendees of all skills and practices experience. Through mindfulness and the support of a nurturing environment, writers can overcome the blank page to reach a higher plane of success.

Hillary Casavant is a writer in the Boston area and editorial assistant for this magazine.