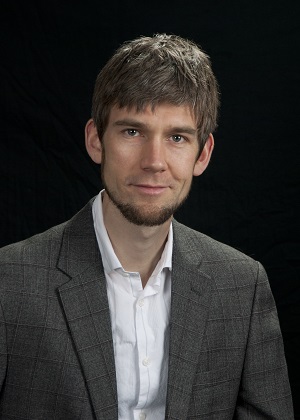 Sam Kean is a uniquely engaging science writer who has found broad success with his three books. In The Tale of the Dueling Neurosurgeons, The Violinist’s Thumb and The Disappearing Spoon, Kean transforms complex scientific material into captivating narrative. Understandable. Interesting. Witty – and quite funny at times. More than you might think possible in a science story. Kean’s love of science led him to a college degree in physics. He went on to get an English degree and explore writing, but he found himself missing the science. Ultimately, he found science writing to be a compromise, a way to combine a field he loves without having to spend his life in a lab. He’s working on a fourth book, which will be about the hidden
stories of the air we breathe.

Finding topics
First and foremost, I’m looking for stories. Topics with characters, climaxes, happy or sad endings. That’s non-negotiable. After that, I’m looking for topics that, while they include science, reach beyond science into other areas of our lives. Because I don’t see science as isolated, something that only happens within the walls of a lab – a scientific perspective can enrich just about everything. Disappearing Spoon, for instance, my book about the periodic table, has chapters on war, poison, money, art, even bubbles. Similarly with my book on neuroscience, there are chapters about emotion, memory, language – important facets of human existence. So I want topics that, while grounded in science, reach beyond science.

Research
First, I try to read as widely as possible – fiction, nonfiction, anything, just so I have some perspective on the topic. Then I go to the library and start hunting through footnotes, tracking down everything I can. I like to have paper copies of research material, so I can scribble down notes and highlight sections. I find that makes it easier to find the information later. But once I’ve done all the reading, I actually put most of it aside and start writing without referencing it. The idea is that I’ve internalized it, so I can just start telling the story then.

Breaking it down
Again, I want to integrate the material into story first and foremost. Once you have a good story, the science will take care of itself. That is, once people get drawn into the narrative, then you can sprinkle a little science here and there as needed, to move the story along. I think people – even
people who didn’t think they liked science – are far more willing to read about science in the midst of a story because we have a natural human curiosity to see how stories end. We want to know how things turn out. So starting with a story gives people extra motivation to read the science bits.

Using humor
Hopefully humor plays the same role that wit and humor play in other stories. Those elements liven up things and can provide a bit of emotional
relief in an otherwise serious story, and so on. People probably expect less humor when they sit down with a science story, but I don’t see why that should necessarily be so. Lots of funny things happen in science, and science users can and should use that to their advantage.

Making science engaging
Just look for the human elements: tragedy, betrayal, love, lust, revenge, adversity, et cetera. Science is a human activity, and human beings are doing the science, so you’re going to find all those things if you take the time to look and inquire into the motivations of the people involved. That’s actually what I find so fascinating about the science: the results of people’s experiments are universal truths, facts about nature and the universe that are true for all time.