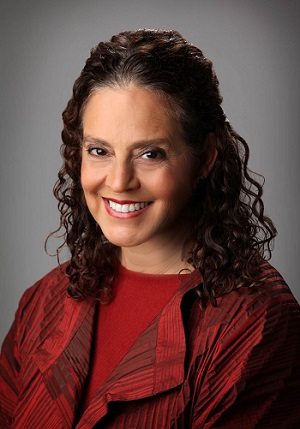 For more than a quarter century, award-winning author Sharon Dennis Wyeth has been writing and publishing children’s and YA books. As part of her writing process, Wyeth draws on historical research as well as stories gathered from her family members and her own experiences growing up in a working-class African American community in Washington, D.C. Her books often feature African American children as protagonists and take place in a mixture of historical and contemporary settings. Her writing, while focusing usually on family relationships, doesn’t shy away from difficult issues such as slavery, poverty and homelessness. Wyeth has won the Stephen Crane Award and has been shortlisted for a LAMBDA award. Her picture book Something Beautiful was named a Children’s Book Council Notable Book and a Parents Magazine Best Book of the Year. Wyeth graduated from Harvard University and later worked as a family counselor in New York City, where she started a theater company and began writing romance novels before turning her focus to writing for young readers. Her most recent publication is The Granddaughter Necklace.

WHAT’S THE MOST IMPORTANT LESSON YOU’VE LEARNED ABOUT WRITING?
I have learned that writing is a process, and that it takes longer than you think it’s going to take. I’m a creative writer, so I have to make the whole thing up, though real life stories do work their way in beneath the surface. There are so many components that come into play, some that you can’t predict before you begin the process. And there are different parts of myself that get into the mix – memory, imagination and then, too, my passion for social history. I also have audience to think about, and I do think about them a lot since they’re children and young people. I feel I have to be careful in how I express certain things to them, complicated things sometimes that are hard for more mature people to understand. After writing the number of books I’ve written, across various genres and age groups, I would say that it’s taught me to be patient, to work every day that I can that’s been scheduled and to wait for things to come together.

HOW HAS THIS HELPED YOU AS A WRITER?
I’m writing a historical fiction YA book right now.I’ve been working on it for two years. It’s inspired by some of my family’s stories, but it’s heavily fictionalized. I’ve changed the structure several times, and I’ve also changed the perspective. One might think that after a year, I would have given up, but the story was so compelling to me that I continued to move forward. After I really found the structure and the perspective that was appropriate for the material, that gave me the latitude I needed as a writer to tell the story in the best way I knew how. Then the book began to write itself. It’s still work, but it’s not as arduous. So I think breaking the ground is a very important phase. It’s a difficult phase, but once you take the time to do that, the book somehow propels you forward. You know, I’m going to be finishing that book soon. It would not have the depth and excitement for me, and hopefully for the reader, if I had not done that preliminary work and just taken the hard knocks in the preliminary phases.

Beverly Jenkins: How I Write