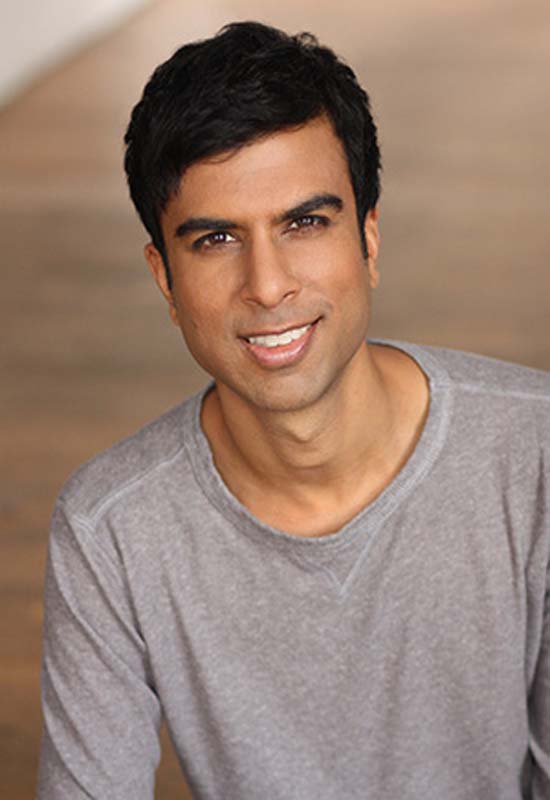 Soman Chainani graduated from college in 2001 with plans to go to business school and pursue management consulting. However, it didn’t quite pan out the way he expected. “I really messed that one up,” he says. Instead, he decided to pursue directing, screenwriting and writing novels. That last part did pan out. Cainani is the author of a New York Times bestselling young adult novel, The School for Good and Evil, which is the first in a trilogy and is being turned into a movie by Universal Pictures. We talked about his topsy-turvy path to novel writing and Hollywood.

Pursuing writing: If you can do anything else, you should. That’s what I tell writers and actors. If you really can find something else you like, please, go do that. There’s so much heartache in being an artist.

Film school: Before I went to film school, I didn’t really understand story. So the main thing I learned there was to learn how to tell a story, how to structure it. And that became super important for me. But any MFA program is extraordinary expensive.

Story building: I write stories that I want to know how they end. The School for Good and Evil is about what happens if you put a princess in an evil school, and a witch in a school “for good.” It’s a question of circumstance that I want to be able to explore. Every writer has to have these unique things that really are their strength. For me, it’s imaginative fantasy. Whatever I do now, until I stop writing, will involve world building on some level.

Process: My publisher is always asking for maps, assuming I have them. But I don’t have anything. I don’t have notebooks. I just do it from my head. As a fantasy writer, any writer who has a big ego I always assume is a hack. If you’re going to write fantasy, it’s all subconscious. You have no responsibility over it whatsoever. I never think consciously about anything, and if I do, it’s going to end up being bad.

Daily Routine: I treat writing like a job: I always write at the same time, 9-to-4 or 9-to-5. I exercise like a madman in the morning, and I’m pretty tired when I start writing, so I don’t feel restless. I also edit as I go. I don’t write a shitty first draft and then fix it. After I finish chapter eight, I’ll edit one through seven. After I finish chapter nine, I’ll edit one through eight. I’m constantly building, building, building.

Difference between screenplays and novels: When you write a novel, you have to get into a state, and just let the writing flow. With screenplays, you don’t have to get so deep into the character’s head. It’s more scientific: You’re constantly doing it in terms of economy. You’re constantly fighting against the fact that you don’t have enough space.

Advice: You have to have a big idea. These days, it’s very difficult to get your [work] through the clutter. If you have a big enough idea and make people want to read it, you’re golden. If you’re not 100 percent on the idea, an idea that you’re obsessed with and you think will help people, then do something else.

Andrew Chow is a history and literature student at Harvard University. He has written for the Harvard Arts Blog, Harvard Crimson, TV Guide and The Santiago Times.