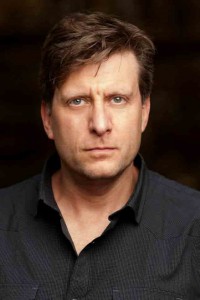 Growing up, Daniel Palmer knew that his home life was different from other kids.  His father was Michael Palmer, the New York Times best-selling author of numerous medical thrillers. “Perhaps the biggest difference in my house from non-writerly homes was the dinner conversation. We’d talk about what would make for an exciting death scene, or how the protagonist might escape the clutches of some villain, or possible plot twists. I knew what a ‘McGuffin’ was before I could divide fractions. We were always talking story, and my dad never dismissed my ideas or those of my brother even though were just kids,” he says.

“Despite all that writer talk, I never thought about becoming a writer myself. Maybe that’s because my dad was eager to share all facets of the writing life, including his description (always in agonizing detail) of why writing was so hard and how much he liked having written books more than actually writing them. In looking back on my own career, I think he may have downplayed some of the difficulties.”

Even though he struggled to finish reading a single book throughout school, Palmer eventually discovered his love of writing. He first tried writing a romantic comedy from a guy’s point of view after reading High Fidelity and seeing the popularity of Bridget Jones’s Diary. It took him 12 years, and a jump to domestic/suburban thrillers, before he was published. “I turned to the books I liked to read, which tended to be thrillers and suspense stories from writers like Koontz and King. The question was: what kind of thriller should I write? I didn’t have a profession such as my father’s [medical career] that could serve as the backbone for my stories. I also didn’t want to try police procedurals, because plenty of great writers were doing an excellent job with that sub-genre. I didn’t think I had anything special to bring to the table. Being a regular, ordinary guy made it easy for me to write stories about everyday people in extraordinary circumstances. So I pulled from what I knew. I was a married guy living a normal life in suburban America. I think it can be equally unnerving to read about dangers in places we associate with safety as any terrorist plot,” he says.

In 2013, Michael Palmer passed away, and Palmer received a tremendous honor when he was asked by Michael’s longtime editor, Jennifer Enderlin, to continue writing medical thrillers under his father’s name. “It meant my father had a big enough fan base to warrant someone continuing his great legacy. And who better to carry the torch forward than family?” he says.

“It helped that I understood how my father approached writing fiction, from years of looking behind the curtain before I had a curtain of my own. Later, I developed a deeper understanding of the craft from him, during long talks we had over iChat while I was working on my novels from home, and he was doing the same from his office some 60 miles to the south. Remembering those talks gave me confidence that I could keep his legacy alive in a way that would be satisfying and entertaining to readers of the genre, and most importantly to my father’s many fans. I’m not an imitation of my dad, nor do I think it’s possible to replicate another’s distinctive voice. But my personal pledge is to deliver novels that adhere to my father’s sensibilities, to his innate understanding of drama, and to his knowledge of what makes characters compelling and stories hard to put down. My stated goal is simply to do him proud.”

Palmer’s father was a physician, but Palmer’s background is in the tech industry. “When I took on this assignment, there were discussions with my agent and editor about returning the stories to the hospital setting that was the hallmark of my dad’s earlier work. Doing so meant I’d have to write very accurate and complex medical scenes that took place in an environment utterly foreign to me. I could find docs to tell me the procedures, but the real challenge was coming up with the ideas. I don’t know what I don’t know, so I have to ask a lot of questions to come up with medicine that fits the story and advances the plot. That’s the hard part. Without having a good grasp of the craft of fiction writing, I wouldn’t even know what questions to ask. For that, I have my mentor, my dad, to thank.”

How does Palmer feel carrying on his dad’s legacy? “It’s a huge thrill and honor. It’s also the hardest writing I’ve ever done. There’s a lot more at stake than book sales for me. The last thing I want to do is tarnish my dad’s legacy in any way. Two of the most valuable writing lessons I learned from my father were simple notes he kept taped to his computer monitor. One read: This is hard. The other, taped below it, read: Be fearless. So I’ve entered this endeavor knowing it’ll be hard, and I’m doing my best to stay bold and brave.”

—Jeff Ayers is a freelance reviewer for the Associated Press, Library Journal, and Booklist. He is the author of several works of fiction and nonfiction, and lives in the Pacific Northwest.