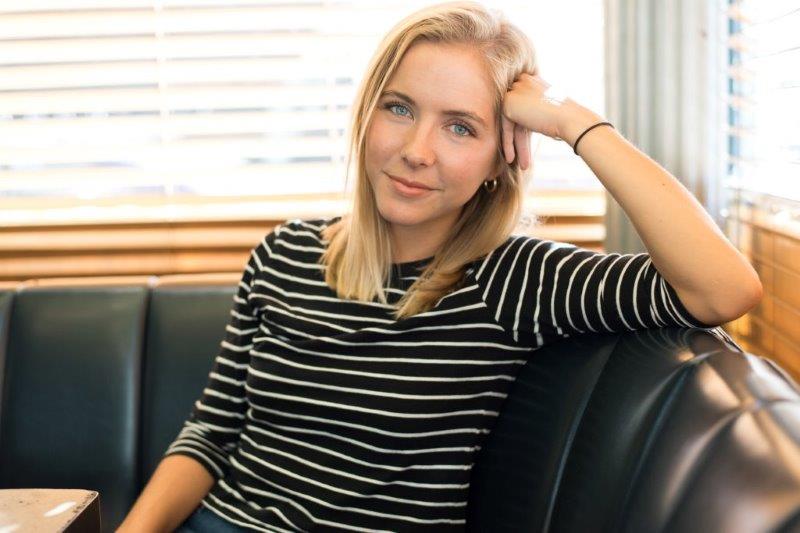 For the first time since she was 15 years old, Stephanie Danler is no longer working in a restaurant. Thanks to a two-book deal with Knopf, she’s now able to devote herself full time to writing. Her novel, Sweetbitter, was written while pursuing an MFA and waiting tables at a trendy New York restaurant.

Sweetbitter, which has received laudatory reviews, follows the experiences of a young woman, Tess, as she moves to New York City and (like Danler) starts working at a hip Manhattan restaurant. Relationships, love, life in the restaurant industry, and food and wine are key elements of the story.

Sweetbitter is drawn from my life – I moved to New York City when I was 22, I got a job at a prestigious restaurant in Union Square (the now-shuttered location of Union Square Café) and I fell absolutely in love with that world. The experiences are authentic. It wasn’t just that serving experience that informed the book but my years managing restaurants. I knew how restaurants work and run, and it’s from a position that you can see all the moving parts that you make a novel out of it. I could have figured out Tess’s voice, but I wouldn’t have been able to figure out the authority of Simone and Howard if I hadn’t seen the other side.

Though I was a waitress, I’m actually terrible at multi-tasking. I realized this in graduate school when I was working as a research assistant and a waitress and writing the book. I need to be doing each task fully. When I clocked into a shift at Buvette, I didn’t think about my novel, and when I finished my shift at 4 a.m. and was having my shift drink I would think, “Oh fuck, what did that person say?” Your brain is really wiped clean at the end of shift. When I had writing days – which I had to block off – I didn’t leave my room. I couldn’t socialize, I couldn’t turn my writing self off and on. Sweetbitter was written in these huge binges where I would isolate and do nothing but write.

I don’t know how to separate myself from my love of food – I know that I learned it, but it’s so much a part of who I am now, of how I participate in the world, that it feels intrinsic. But I was often reminded that most people didn’t live the way I did – obsessed with hard-to-find ingredients, new recipes, unmarked restaurants you had to travel to. I was aware that I was in a singular and rarefied environment. It wasn’t a conscious choice to tell Tess’s story through food, but the idea of girl discovering the world of the senses – how to taste, how to manage desire, how to navigate intimacy – well, her palate seemed the essential platform.

Intense! Even if I’m happy with the first draft (as happy as anyone can be with a first draft, usually it’s just relief at having finished something), I usually rewrite the entire thing, even if I keep the majority of it the same. I print it out, I mark it up and retype everything. It feels terribly inefficient most of the time, but I’ve found that I can’t just jump into a piece and add a scene or change a character’s action. I need to write my way up to it, and I find that most of the time any change has a ripple effect across the piece.

I write longhand every morning while having coffee and toast. I’ve been doing it for all of my adult life. They are notes mostly – on the weather, my body, feelings, ideas I’m turning over. I’ve found as I’ve gotten older I mostly write questions to myself. I do a lot of longhand sketching of scenes, but most composition I do on the computer surrounded by notebooks. I always imagined that when I stopped restaurant work, I would turn into someone who sets stable, daily hours aside to write. But I still write in extremis – 10-hour binges or days in which I don’t participate in the world.

Allison Futterman is a freelance writer who has been published in several magazines.

More in this series: