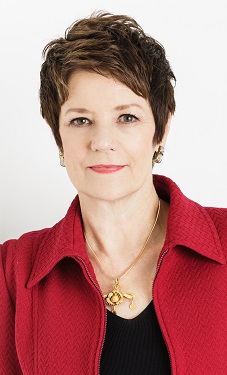 Sue Monk Kidd is the author of three novels. Her debut novel, The Secret Life of Bees, published in 2002, garnered attention from both critics and the reading public. Made into a movie in 2008, the novel is set in South Carolina in 1964, at the height of racial tensions over the new Civil Rights legislation. Her most recent novel, The Invention of Wings, an Oprah Book Club 2.0 selection, is set in 19th-century South Carolina and focuses on the life of sisters Sarah and Angelina Grimke, who rejected their wealthy family’s ownership of slaves and devoted themselves to the burgeoning abolitionist cause. “They were, arguably, the most radical females to ever come out of the antebellum South. I fell in love with their story,” Kidd has said. She is a deeply interior writer, capturing the thoughts, feelings and apprehensions of her characters in a fullness that makes them real to readers. Her characters search to discover their true paths and hope for better in the midst of societal ills and cruelties.

Fiction: An idea comes to me from the inside out, and I will play with it. If I play with it awhile and it really starts to sprout a story, then I know it’s a novel that I can really write. But it also comes through my personal history. I grew up in the South, pre-Civil Rights, pre-feminist America. I guess subjects for our work are probably a little bit of a mystery [as to] where they come from, but I do think they make a portal through our own personal history.

Process: I’m pretty dogged and methodical and slow. I let an idea incubate for a while – as I said, I play with it – but when I start writing, I keep banker’s hours. I work every day, immersed in the whole thing, really working with my craft in a disciplined way but allowing for spontaneous, mysterious inspiration to come.

Craft: My novels usually start with two questions: “Who is my character?” “What does my character want?” The whole story will flow out of the answers I’m able to bring to those two questions. With Secret Life of Bees, I had this image in my head. It started with this image of a girl lying in bed, and bees were coming out of the cracks of the wall in her bedroom and flying around the room. An unusual image, but my imagination seized on that, and I just played with it for a long time, and it really started to create a story. Who is this girl? What does she want?

Research: I did about six months of research before I started writing The Invention of Wings. I sought out a lot of primary sources, biographies. I read everything I could. I went to historic sites and places. In writing a historical novel, detail is everything. You want to create this authentic world where readers can feel like they can see it, feel it, hear it. I enjoyed the research, but I had to finally force myself to quit researching and write.

Advice: I think so much of writing is about the courage to express ourselves, to be true to our own voice, to find our vision, our voice, and put it out there. Also, allow yourself to write badly in the beginning. That’s good tried and true advice. And then let it evolve as you rewrite.

Jack Smith is the author of Write and Revise for Publication and two satirical novels, Hog to Hog and Icon.