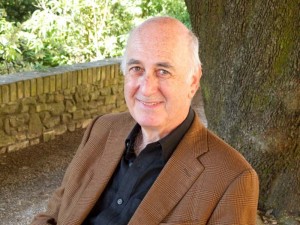 Phillip Lopate basically wrote the book on the personal essay. As editor of the classic anthology The Art of the Personal Essay, the author of numerous critically acclaimed essay collections and director of Columbia University’s graduate nonfiction program, the Brooklyn-born Lopate has become a master practitioner of the genre as well as a legendary writing teacher. Despite his credentials, Lopate expressed reluctance to offer hard-and-fast rules for writing essays when we discussed his new book, To Show and To Tell: The Craft of Literary Nonfiction.

“My book isn’t a how-to book in the conventional sense,” he told me. “I think that almost any rule can be broken, if you can get away with it. What I’m instead trying to encourage is a mentality, an approach and a process, rather than a bunch of rules that often are very fashion-driven and not necessarily relevant.”

His suggestions for writers hungry for how-to advice about crafting essays start at the source. “The key to writing is reading,” he said. “You can solve a lot of craft problems through immersion reading – you read enough so that after a while your brain is reconfigured in a different way. You start using more complex syntax; you become aware that your bright ideas have been used before.”

Lopate has spent his whole life reading voraciously in the genre, from Montaigne and Emerson to James Baldwin and Laura Kipnis. In To Show and To Tell, Lopate serves up a long list of recommended readings to help writers “explore how nonfiction theory works in practice,” as well as literary case studies that closely examine five essayists Lopate has long admired. Everything essayists need to become better writers, he believes, is contained in these classic essays and memoirs.

During our conversation, Lopate spoke passionately about self-reflection as the fuel for writing great essays. He wants writers to show, to dramatize events, but also asks them to pull back and reflect on what these events mean. Lopate believes that writers are following bad advice when they “show, but don’t tell.” “If writers do everything in scenes and dialogue, they’re not using one of the most powerful tools of the memoir and essay, which is reflection – making sense of the experiences,” he said. “Writers should be dedicated to finding wisdom, even if they can’t quite get there. If you’re just showing, it’s like you’re writing with one hand tied behind your back.”

Lopate expressed strong “how-to” differences with Lee Gutkind, Creative Nonfictionmagazine founding editor who is sometimes called “the godfather of creative nonfiction.” As Lopate writes in his new book’s first pages, “if [Gutkind] means the nonfiction writer should try to render everything in scenes, while staying away from thoughtful analysis because it sounds academic or ‘abstract,’ then, no, I don’t agree.” Lopate was equally passionate when asked to reflect on Gutkind’s “showing, but not telling” approach, which advocates using fictional and cinematic techniques: “I don’t think writers need to make everything go down like soft-serve ice cream. You can make the reader work a little. Essay writers like Emerson and Montaigne weren’t writing novels; they read like living minds grappling on the page from sentence to sentence. To me, that’s very exciting.”

If Lopate has one rule, it’s about the need for writerly curiosity. In his own magnificent essays, he clearly loves self-reflection and reflecting upon the world, all with his unique brand of bemused ambivalence. When I asked him about curiosity, Lopate’s speech quickened: “Curiosity is what a writer needs over the long haul. Some advocate for following your obsession, but obsession can only take you through one book. Once you get past your traumas, your childhood stories, etc., then you’ve got to go out into the world and be curious about something, and bring back material to write about. To me, curiosity is endlessly generative and regenerative.”

And always, there is the issue of ending an essay. “Sometimes exhaustion sets in or sometimes you have a deadline and need to submit,” said Lopate, “but there’s an inner sense writers develop after a while that you’ve done as much as you can, that you’ve struggled with the problem and come as far as you can. You don’t need to ‘solve’ anything, but just keep the reader entertained.” Lopate is straightforward enough to say that “it depends” is sometimes the only answer we have when it comes to writing. Perhaps Lopate’s well-practiced ambivalence is the beginning of wisdom.

To Show and To Tell is filled with entertaining descriptions of the push-and-pull between the renowned essayist and his writing students, who often prefer “showing” while simultaneously disappointing Lopate by failing to reflect (“tell”). Lopate relishes the process of trying to convince students to adopt the dual perspective of showing and telling: “Part of their resistance to reflecting on the page is because it’s just hard work. Creative writers often don’t value their minds enough, though they value their passions. Being constantly told, ‘show, don’t tell’ creates an inhibition against thinking. But once they are alerted to the double focus, then they start to do it.” And their work deepens.

Most of all, Lopate views the voicing of differing opinions, the embracing of opposites, even within oneself, as the fuel that propels all great essays. He relishes playing devil’s advocate on the page. As he explains in To Show and To Tell, “The contrarian gambit introduces tension and suspense into the essay” and “allows the reader [and the writer] a space to entertain forbidden or antisocial thoughts.”

Ambivalent self-reflection may be the rule-averse Lopate’s favorite “rule” for essayists. It’s one of the few approaches Lopate seems to feel authoritative about: “Ambivalence means you haven’t shut down yet. You’re not so sure of what you think, and you’re able to think against yourself. The essay feeds on doubt, skepticism and ambivalence. When you argue with yourself, and think against yourself, it makes for a richer, more complex discourse.”