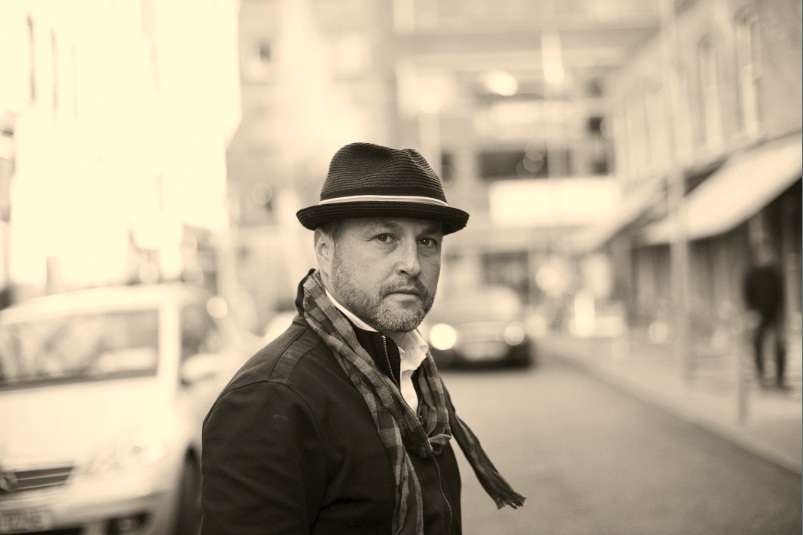 Earlier this year, novelist Colum McCann received a letter from a teacher at the Sandy Hook Elementary School, the site of a 2012 mass shooting. The teacher, Lee Keylock, wrote to McCann to say that he had been looking for a book for his students to study that might help them come to terms with their grief. After much searching, Keylock decided to use McCann’s National Book Award-winning novel Let the Great World Spin,  which deals with anger, bereavement and loss in the wake of the attacks of 9/11. Following this invitation, McCann visited the school to talk with the students and help them to share their experiences.

McCann believes strongly in the power of sharing stories, personal as well as fictional, and he recently launched a nonprofit organization, Narrative 4, which promotes empathy among young people by helping them exchange stories with other young people around the world.

In June, meanwhile, McCann published his much anticipated sixth novel TransAtlantic, which received outstanding reviews and appeared on the The New York Times best-seller list. TransAtlantic has a structure similar to Let the Great World Spin, weaving together the narratives of multiple main characters and using the nuances of their everyday thoughts to illustrate the events in which they participate. As hinted at by the title, each protagonist’s story involves a transatlantic journey, specifically one between Ireland and North America. The first half of the novel follows statesman and former slave Frederick Douglass visiting Ireland to campaign for the abolitionist cause; U.S. Senator George Mitchell assisting with peace talks in Northern Ireland; and aviators John Alcock and Arthur Whitten Brown completing the first ever nonstop transatlantic flight, which ends with a rough landing in an Irish bog. The second half of the novel follows fictional female protagonists who are associated with these historical figures and are making transatlantic journeys of their own.

The last time The Writer interviewed McCann, he had recently won the IMPAC literary award for Let the Great World Spin. This time, he was on an international book tour – for the launch of TransAtlantic – during which he found time to talk with us about the craft of writing.

You said in a interview on TransAtlantic: “Plot seems vaguely juvenile to me. It’s all about language.” What do you mean by that?

The greatest novel of all time can basically be summarized by saying that it’s about a cuckolded Irish-Hungarian Jew who wanders the streets of Dublin on June 16, 1904. Not much plot there, is there? But Ulysses is a vast compendium of human experience. It contains everything – primarily because it has the language.

I’m not denying the existence or necessity of plot. I’m just saying that good plot will emerge from good language. It’s the words that matter. That’s why I love the novels of Michael Ondaatje, for instance, or Peter Carey, or Louise Erdrich, or Edna O’Brien, or Aleksandar Hemon. They work on a level of word to word. The words push the characters along. They find a rhythm, and the rhythm then discovers the plot. Sometimes, as in life, nothing happens. But sometimes nothing happens beautifully. That’s the writer I want to read.

How do you construct your plots (including the plot of TransAltantic)? Are they guided by language?

Yes, the plots take on the intensity of the language. I sound like a snob, but I don’t mean to be. I just like the music of good writing, and I know that plot will unfold from that.

You open TransAtlantic with a description of seagulls dropping oyster shells on a rooftop – similar to the way in which you open your earlier novel Dancer with the description of objects thrown onstage to ballet legend Nureyev. I think of this section as an overture in a musical, introducing the audience to some of the themes that will follow. Do you think of it like this? And what do you like about opening a novel in this way?

Many of the themes and certainly a lot of the images are coded there in that one section. It should read like a quiet opening, but in retrospect it should hopefully echo with the right reader. It doesn’t have to, of course, but there are several key images that occur there, with the unexploded shells, and the issues of hunger, the squadrons of “blue and grey” and so on. Also, the opening “continues” the novel in a way. All this sounds far too conscious, however. I want to leave it open for the reader to interpret.

There are some clear references to James Joyce in TransAtlantic, but they never feel overbearing, distracting or (worst of all) forced to sound “literary.” What advice would you offer to beginning writers for using literary allusions in their own work?

Well, yes, even the opening section has a Joycean circularity. There is a reference to a “tip” which brings up another reference to a horse called Throwaway, and several other small nods to the great master. They are there for the Joyce scholars if they want to find them but I certainly don’t want to draw too much attention to them. I think that’s the trick. We do get our voice from the voices of others, and it’s not a bad thing to give a quiet nod to your influences, but I wouldn’t in the end draw too much attention to it. Unless you’re doing outright homage or parody, a piece of writing should stand up on its own without being straitjacketed by the past or by where it has come from.

What did you learn from completing TransAtlantic that you didn’t previously know? 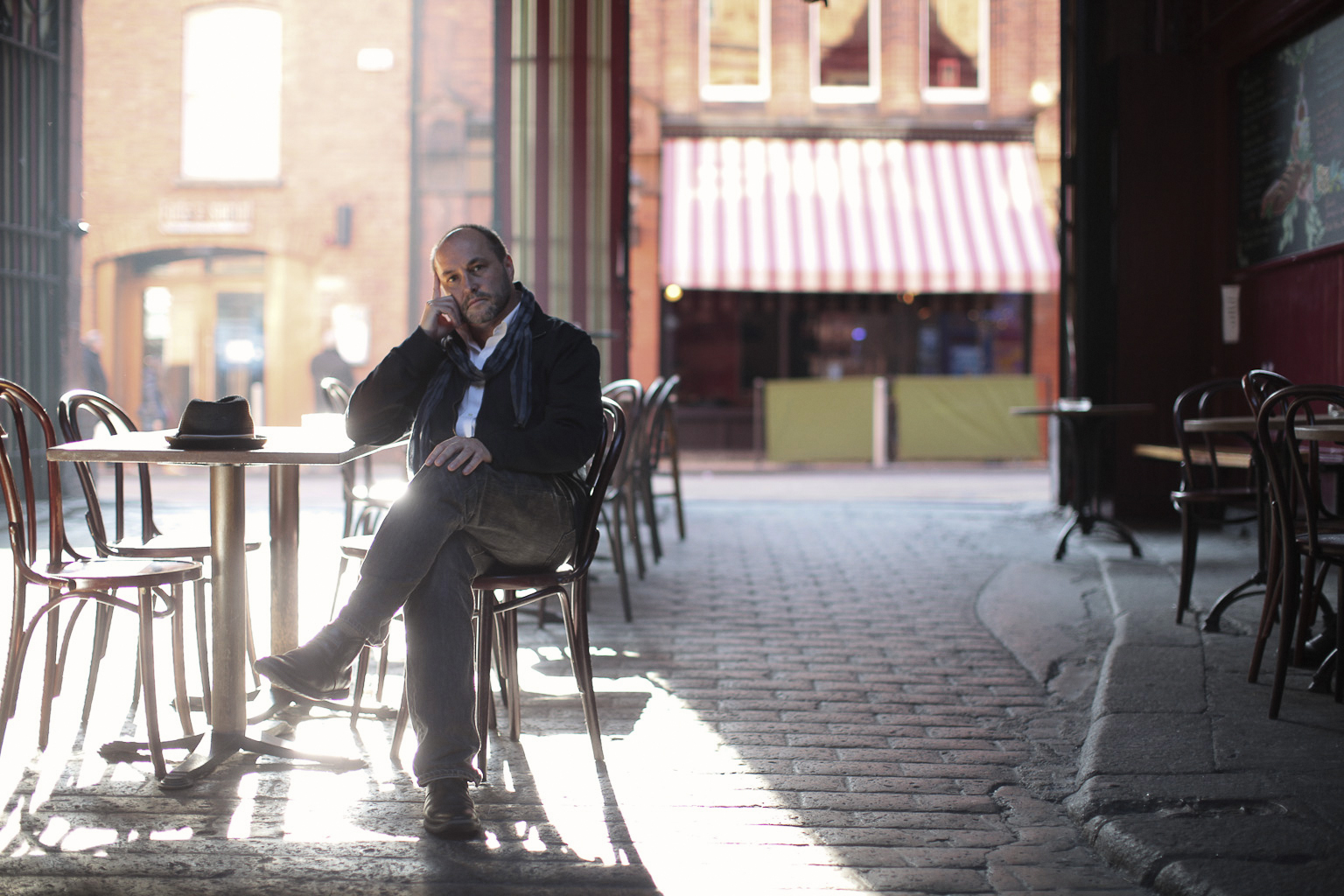 About what? About the act of writing? About myself? About the subjects I wrote about? Every novel becomes a learning experience in all sorts of ways. Hopefully one can develop a bit of humility. The more you learn, the more you understand how little you fundamentally know. That’s the grand paradox of experience.

You are white, but you’ve written from the point of view of African Americans in several of your books, not least TransAltantic, in which African American icon Frederick Douglass is a protagonist. How do you approach the task of writing from the perspective of characters of a different orientation from your own?

I don’t know if it’s such a big deal anymore these days. Years ago when I wrote This Side of Brightness, I prepared myself for the onslaught over the notion of a white man writing in a black skin. Nothing happened, maybe because the book was good, or maybe because it wasn’t. It’s not up to me to decide. But the thing is that you must develop a conscience in relation to these things. You must work as deeply and honestly as possible.

Douglass might seem slightly easier only in the sense it is written from a third-person point of view. But that still means you have to get under the skin. You have to get to the core of the experience. But in the end we’re all human. All characters should be tough to create.

How do you find time to write novels alongside raising three young children, teaching MFA students, co-founding and setting up a nonprofit organization and other commitments?

You simply just try to find the time. Lots of people are in my position. Some people have to work two or three jobs just to get by. I’m lucky. I do what I love to do. Quite frankly, I’m tired of writers complaining how tough it all is. Man up. It’s a wonderful and privileged way to live your life. Embracing difficulty is just part of it all.

You thank former U.K. Prime Minister Tony Blair in the acknowledgments of TransAtlantic. Did he help with the book?

He very kindly granted me an interview. He talked to me about Mitchell and the Northern Ireland peace process. I don’t agree with many of [Blair’s policies], but it wasn’t about him. And he was very generous. He attributed so much to Sen. Mitchell. And he talked to me about learning that the peace process belonged to so many different sorts of people.

One element of your writing that has received wide critical appreciation is the elegance of your language, particularly in the descriptive passages and those elucidating the characters’ thoughts and feelings. How do you calibrate the sound and the rhythm of your language to get it just the way you want it?

I try to read aloud. In my apartment. Just wandering around. My kids sometimes think I’m a bit nutty.

Is there any news on the movie version of your novel Let the Great World Spin, on which you’re collaborating with producer J.J. Abrams (Lost, Alias, Mission Impossible III and IV, and the forthcoming Star Wars VII movie)?

We’re still working away. A version of the script is done. Now it’s up to the studios and the gods (if there are any in Hollywood) themselves. Keep your fingers crossed.