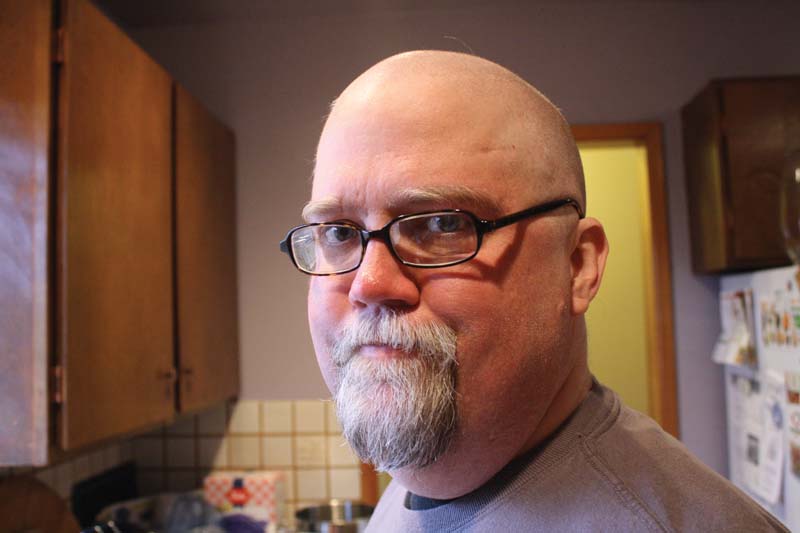 “If my doctor told me I had only six minutes to live, I wouldn’t brood. I’d type a little faster.” ‒ Isaac Asimov

If you had only six minutes to live, what would you do?

And Lake, 49, is dying. After a five-year battle with colon cancer, he’s in the process of formally retiring from writing. He may have a few months or as much as a year left.

How is he spending that time? True to his generous nature and love of the craft, Lake offers the following wisdom to veteran and aspiring writers alike.

“I wrote the better part of a million words before I sold a single thing. You’ve got to have a lot of internal motivation and ego strength to do that,” he says. “You have to really believe in yourself. There’s a brashness and a boldness to putting it out at all.”

Or at least, start now.

“Don’t assume that you have forever,” Lake says. Think about what you want to accomplish.

Write more, don’t be afraid to submit, and stop waiting for the muse to descend. Do it now.

“Write because you love it, and have fun,” he says.

Do you write for money? Recognition? Pleasure?

If you want a commercial career, practice your craft. If you’re reluctant to write anything you’re not absolutely sure you can sell, Lake says, there’s a good chance you’re never going to write anything important.

Or if you simply want to write a few stories and have a good time, “that’s an incredibly good way to have a career,” he says. “If you want to win a few Hugos, that’s another way to go. You’ve got to think ahead.”

For Lake, the only real reason to write a story is “because you want to tell that story. Not money. Not legacy. Not readership. You tell the story you want to tell; that way it will be honest and interesting.”

One profound truth of this business, Lake says, is there’s no one “right way.” Format may be indisputable, but when it comes to craft, “there’s no received wisdom. There’s only finding your path.” That’s where writing workshops come in.

Peer group: Writers at the same level can motivate each other.

Tall pole: Led by a sponsoring pro, this workshop offers a window into career writing.

Tennis ladder: Similar to playing competitive tennis, this workshop includes writers of all levels – from beginners to multiple-award winners. “You play up, you play down,” Lake says. “You get better by doing both.

Apart from the professional and peer input you won’t get just sitting at home in your study, workshops help writers understand that even pros wrestle with the craft. “For lots of people, that’s a comfort.”

Lake had produced two to three books and an “indefinitely large number” of short stories each year, but during his battle with cancer, he cut his capacity in half.

Now Lake asks himself: “What do I want my last book to be?”

He made a list of every active project – including outlines, drafts, collaborations and contracted projects – and came up with 14 novels in development. He had to choose what to try to finish, what to bequeath to a collaborator and what to let go. His planned book on cancer and parenting will instead focus on death and dying.

“So it’s a little bit of the Asimov,” he says. “Write faster. But it’s tempered by what I will be writing while I write faster.”

Jennifer Willis is a freelance journalist, essayist and author in Portland, Ore. She appears regularly at Authors in Pubs at the Jack London Bar in Portland and is currently the director of the Northwest Independent Writers Association Seal of Quality program.

The following is an edited version of Jay Lake’s entry on January 15, 2013, in his personal blog about cancer.

I’m so stressed out I can’t write, even though I’m no longer subjected to chemo-induced writer’s block. In over a decade of being a professional writer, I’ve never had writer’s block in the usual sense for more than a two or three days in a row. Until now.

My despair is showing through. In ways that are alarming my family. In ways that are probably undermining my own treatment course. My therapist is very concerned. What I’ve said to both of them is that my day-to-day life is still a joy to me, but my sense of the future has retreated to a deep and profound negativity.

Over the past few years, hope has been frankly poisonous to me. Every time I’ve started to have serious hope, I’ve been shot down by another round of cancer, another round of bad news, to the point where even proudly logical me has become immersed in that species of magical thinking that says, “If you hope, you’ll just lose what you hope for, so better to despair and have the potential to be pleasantly surprised, than to hope and be shot down yet again.” I can only stand to have my head pounded into the metaphorical concrete so many times, and I’m past my limit.

One of my longtime (i.e., pre-cancer) coping strategies for stressful events and situations is to “run to the edge.” In other words, I visualize what the worst possible outcome could be, and work backwards from there. This generally worked for me, because things rarely if ever came to the worst, and it allowed me to be pleasantly surprised even by relatively difficult outcomes. Under this rubric, if no one died or went to jail, I was doing okay.

The problem with applying that strategy to my cancer experience is that I have on a number of occasions experienced outcomes that were even more terrible than my envisioned worst possible outcome. The coping strategy has failed me through a combination of insufficient imagination on my part and overwhelming medical setbacks. I’ve painted myself into a corner.

Oncology is infested with what Barbara Ehrenreich calls “the cult of optimism.” The reality is that cancer sucks, and half the people who are diagnosed will die of it, many of them prematurely. (Bear in mind this includes all those relatively minor skin cancers that get zapped or frozen off in dermatologists’ offices every day — I don’t know the statistics for cancers internal to the body, but they are obviously much worse when you factor out melanomas and whatnot.) Yes, treatment outcomes in any area of medicine vary according to patient attitude, but as far as I can tell, this has a lot more to do with being an attentive, proactive patient who follows treatment courses carefully and shares information with the doctor than it does with being a happy warrior.

While I am a very, very unhappy warrior, I am also a very proactive and engaged patient. Almost certainly annoyingly so, from my oncologists’ perspective. Though they are very professional about dealing with me, this is my life.

Right now, I’m really not capable of hope. Not in a large scale sense. If the whole genome sequencing of my tumor produces a new treatment direction, that may change. Otherwise, the trend of my illness is sharply unfavorable to me making any long term plans.

My despair, however, is poisoning the people around me. So apparently I must now put on my happy face for the sake of the people who love me, and whom I love. I’m not good at living lies, which at the moment this absolutely will be. But I’m not comfortable with the social aspects of my illness, either. No matter which way I turn, I’m doing something wrong.