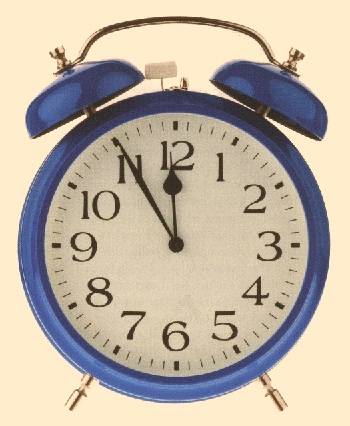 It’s Sunday, and your writing is taking off. Your story is moving along, and you’re feeling it. Monday you go to work, and you’re totally tangled up in your job. You come home and have many things to do for yourself and your family, so you don’t get to write.

Other responsibilities consume the rest of the week—you don’t write and you pretty much don’t think about it. You try to make time for it on Saturday, but it doesn’t work out.

It’s Sunday again by the time you are able to sit down. You sit there wondering, “Where was I?” You read over your writing, and it looks pretty good, kind of, but what next? You’re not sure, so you just sit. You feel unconnected to it and, especially, yourself. Your mind is filled with other things. You want to write, but you don’t feel up to it. You were hot last Sunday, but now it’s been a week and you’ve totally cooled down.

What happened? You’ve lost touch with your imagination, and, chances are, you’re not even aware of it. You sit there wondering what happened, how to get back in the groove,  and maybe even if you’ll ever get the groove back.

What to do? Your imagination has been largely locked out or ignored an entire week, because you don’t use it to get things done in the rest of your life. But realize this: Even though you’re not in touch with it, your imagination is still there and raring to go. You just have to learn how to stay in touch with it every day. But how?

First, I don’t believe you have no time. You have a little, and I guarantee a little is plenty. How much do you need? How about five minutes a day? Can you scrounge that up somewhere? While you’re taking the train, or after you’ve parked the car before heading into the office? I’m going to show you how those five critical minutes can keep you connected to your imagination—the most valuable tool of all in the writing game.

Even if you have more time, start with five minutes only, for a number of reasons. First, it needs to be an amount of time anybody can scrounge together each day. It has to be small enough so you can’t say, “Five minutes a day? How the heck am I going to find that with my busy schedule?” The next obstacle to eliminate is your saying: “Five minutes? How much writing can I get done in five minutes?”

How much writing are you going to do? None. Not one single word. The reason for that is to prevent you from not putting in your five minutes because you don’t feel up to actually writing.

Five minutes. So what are you going to do in those five minutes? Nothing. That’s right. You’re going to do absolutely nothing. You’re going to do nothing for a couple of reasons. First is to prevent you from saying, “Nothing? How the heck can I do nothing? I’m not up to doing nothing. It’s too demanding.” The second reason is to free your mind from all demands. What happens when you do that? Your imagination creeps back in.

So, you’re going to go off by yourself and sit for five minutes a day and do nothing. “Sometimes nothing is a mighty cool hand,” Paul Newman’s character said in Cool Hand Luke. What you are actually doing is getting out of the way—getting your conscious, controlling, anxious mind out of the way of your imagination.

So your job is to sit and let your mind wander anyplace it wants to go without interfering. You’re going to daydream for five minutes. Now, that may not happen the first day or so, but it will. How do you know? Because that’s how your mind works. There’s even brain research that verifies it, now that they’re actually able to watch your brain at work. But you don’t have to take my word for it. Try it out and see.

At first you may think, “Jerry is a jerk. How can this do anything? I’m wasting my time.” Fine. Sit there anyway. You might also think, “What am I doing? I’ve got lots of work to do. The car needs washing. I’ve got to get going on the report,” etc. Again, that’s fine. Sit there anyway. Put in your five minutes. Don’t worry about your worries. Your conscious, worried mind will settle down and start behaving itself if you give it a little time—if you leave it alone and ignore it.

Remember, you are someone who wants to write, who likes to write, and you’re not really going to feel fulfilled unless you’re doing it. And, never forget, you are perfectly capable of writing and getting published. You don’t have to be a genius in this game. There are plenty of average people writing mediocre novels and making lots of money. If you read at all, you’ve run into some of them. But you’ll never get there if you’re not in the game. And you can’t be in the game if you don’t show up. So show up and do nothing for five minutes a day.

The imagination asserts itself

Since you want to write and you have ideas for stories, eventually your imagination will kick in, and you’ll begin to think of things and have ideas and insights during your five-minute sessions. You can do a lot of thinking in five minutes. Great inspirations come in a flash: a five-minute  inspiration is unheard of. Einstein said all of his great ideas just came to him, in a flash, just jumped into his mind. When? When his mind was clear and he wasn’t putting pressure on himself to perform. And where was that? In the shower, it is said, or while shaving. Now, that doesn’t mean he hadn’t been working—just as you will be working on your writing when you have a chance. But: You get your best ideas not when you bear down, but when you let up.

Understanding your mind, your imagination and your subconscious, which is where your imagination resides, will help a lot. Have you ever tried to remember something and no matter how hard you tried you couldn’t get it? Then, later in the day, it jumped out into your mind? What happened? You asked yourself for something that you didn’t have and couldn’t get; you gave up and went on to other things. But your subconscious mind did not stop looking. When it found it, it released into your conscious mind. The proof is that your mind wouldn’t have come up with that information at that day and time without your having asked for it earlier.

So: Ask and you shall receive. It’s really that simple, once you learn how to go about it. This doesn’t mean you’ll receive what you want instantly. If you don’t get it, just relax and let your mind drift into something else. It will come to you eventually. I guarantee it.

You will eventually have story ideas you’re interested in and will mull over during your five-minute sessions. You’re getting in touch with your imagination each day and opening the door, so you’ll be able to do it anytime you want. Jot down some of the ideas if you like, but remember: Nothing is required, ever.

It’s only five minutes, but they will add up to more, since your imagination doesn’t stop just because you’re not in touch with it. So you’ll find that at other times during the day, things will pop out of your imagination for your writing.

The other thing happening is that you’re staying in touch with your imagination and writing. When you do it on a regular basis, you’re warmed up and ready to go any time you have an opportunity. When you sit down on that Sunday, not having written for an entire week, but having put in your five minutes a day, you and your imagination are warmed up and ready to go. You’re not sitting there wondering where you were last time and how to get going again.

One absolutely critical part of this is: You never set a goal or demand of any kind when you do your five minutes. Why? Because if you say: “I’ve got to figure out a story idea today,” you leave yourself open to negative thoughts such as, “Crap, I’m not up to it,” and walking away and not putting in your five minutes. If you do that, you will begin to drift away from your imagination.

So these are your five nothing minutes. You always need to feel, “Ah, five minutes. Good. Time to relax and do nothing for five minutes.” Asking for less will you get you more—a lot more.

The other critical part of this practice is: You must put in your five minutes for 30 days straight before you’ll see the full benefits. The only time you don’t do the five minutes is on the days you actually write. The five-nothing-minute sessions are to keep you warmed up and in shape for when you do have time to write.

So get busy doing nothing for five minutes every day.

Jerry Cleaver is the author of Immediate Fiction and the creator and leader of The Writer’s Life, Chicago’s oldest and most successful independent writers workshop. He has also given creativity workshops and clinics for writers and Ph.D. candidates.