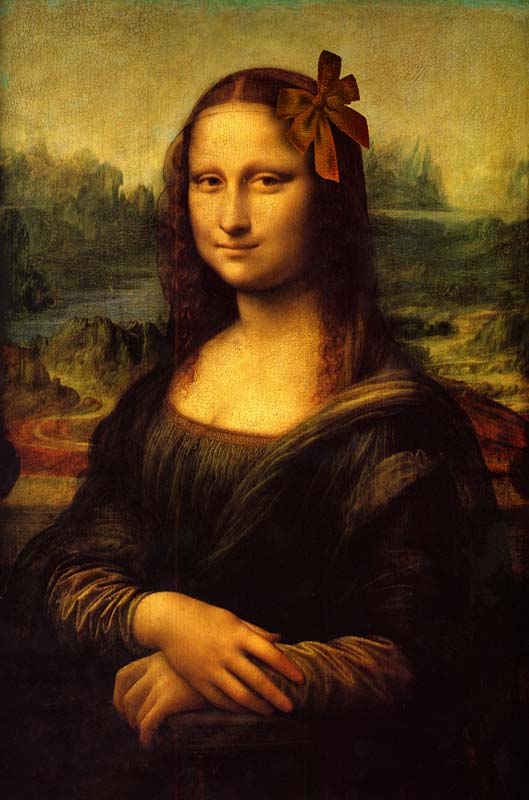 Leonardo da Vinci received a commission to paint Mona Lisa in 1503. Thirteen years later, he moved to France and took the painting with him, working on it until his death in 1519. Anyone who sees this masterpiece would consider it finished, but Leonardo evidently did not.

In fact, he finished almost nothing. Fifty years later, Giorgio Vasari, author of Lives of the Most Excellent Painters, explains why:

It is clear that Leonardo, through his comprehension of art, began many things and never finished one of them, since it seemed to him that the hand was not able to attain to the perfection of art in carrying out the things which he imagined; for the reason that he conceived in idea difficulties so subtle and so marvelous, that they could never be expressed by the hands, be they ever so excellent.

Leonardo never finished anything because he thought he couldn’t achieve perfection. We all know writers, including ourselves, who can’t (or don’t) finish their work. The root cause is usually a da Vincian rage for perfection, which takes many forms.

First, some writers don’t finish because they don’t start. They get an idea that seems promising, but can’t imagine it perfect or perfectable. They keep wrestling with the idea, but they lack detail and data to make it work. How do you break out? You move forward in your writing process and begin gathering information.

I once asked the columnist Murray Kempton how he handled stupid ideas from editors. He said that he immediately went to the street and talked with real people. I asked if that worked. He replied, “Once I started talking to people, the idea got pretty good.”

The novelist John Gardner, also a medievalist, wanted to write a book on Dante. He didn’t, he said, because he couldn’t imagine reading all the scholarship on the Italian poet. Nobody could read all that scholarship in one lifetime, maybe not in two. Even if you did, it would be a waste of time. You need the right information, not all of it.

Some writers keep gathering information but never start actually putting words on the screen. They want perfect information. As long as they think there’s more to know, they’ll keep pursuing it. They have no test for “enough,” to stop gathering. Here are some tests (good and bad).

You have enough when you’ve got solid answers to the right questions. I use this one, plus I need to know my ending.

You can stop when you can fairly represent all sides of an issue you’re writing about. This test fails if you keep thinking up too many new sides.

You’ve got it when you can’t think of anybody else to talk to. A bad test. Procrastinators, the ultimate perfectionists, can always think up new potential sources.

You have enough when you can prove your thesis. Astute political writers use this test while also trying to disprove their thesis.

You’re there when you can “tell it to Mother,” explaining what you’re about to write in two minutes to smart people who don’t know the subject. If they get it, you’ve got it.

You have more than enough when you’re tired of it, bored to tears, common with book writers, especially serial novelists. This is a bad test; you want to compose when you’re heated up, not fed up.

Visual thinkers can see they have enough when they can picture the sections of their piece as boxes, full of the information needed for each one.

You have enough when you have a beginning, middle and end, plus the information to fill in between them. This good test considers both form and content.

Many writers never finish because they can’t organize their information into what they regard as a perfect structure. Recently, I coached a novelist who had a beginning and an ending, but no middle. I asked her to tell me the plot, and she responded with character sketches. I pointed out that these vignettes lacked verbs. She hadn’t turned her characters loose to start doing things, which is what a plot is. Her organization was just a character list. Without connecting actions, she had no story structure. I suggested she “make ’em do something.”

Organizing generally takes one of two forms: “planning” versus “plunging.” Planners map out what they intend to do, capturing it in some sort of outline. Plungers write by discovery, typing a lot and then rearranging it to make sense. Both methods work.

Organizing badly can prevent finishing. Many planners create poorly thought-out outlines that don’t work. But they keep typing and wondering why they’re failing, without questioning their outline.

Plungers can find themselves typing and typing with no patterns of meaning emerging. Usually, they’ve failed to gather the right information for what they want to say.

Many writers don’t finish because they don’t organize at all. They never figure out what they want to say and how. They founder, typing sentences that won’t go together. Perfection eludes them, as does sense.

Drafting is the bog that swamps many writers. They never achieve perfect writing because they try too hard on the wrong things.

They type a first sentence. It doesn’t say what they want, much less win the Nobel Prize. Why doesn’t it say what they want? Because they asked the wrong question: “What’s my perfect lead?” That question has no content. The better question is, “What do I want to say to my readers?” or better still, “What’s this about?”

Some writers erase the imperfect first sentence and try again for perfection. One reporter I knew typically typed 40 starters before he got one he could live with. Others revise their first try until it’s nearly perfect. Then they type the next sentence, which makes the almost-perfect lead imperfect. So they revise it. Every sentence they type may require revising the first one. In a 25-sentence piece, they may rewrite that first sentence 25 times. It doesn’t get better.

Many writers never finish drafting because they try to make every sentence perfect. They don’t draft and then revise as a separate step, which is the fastest way.

After a long slog, their Internal Critic starts carping: “Why can’t I make this perfect? Why is writing so hard? Why do I keep failing, sentence by sentence? What’s wrong with me?” Notice the deadly sequence: My sentences are imperfect; therefore, so am I.

Drafting and revising for perfection at the same time makes writers not just slow, but also discouraged. The more they try for perfection, the further it retreats. It’s the main reason so many authors give up writing and go to law school.

I seldom write on deadline, and frankly, that leisure can undo me in the form of prolonged revision. The ending of a piece determines what readers remember, so I regard it as the most important part of anything I write. It has to be perfect, and that rage for perfection traps me into changing the last paragraph over and over. As a writing coach, I know better, but I still do it.

Many writers simply cannot let go of a piece until they believe it is perfect. Therefore, they keep making changes, but it doesn’t improve the piece. It just gets stiffer and longer and duller. The writer simply cannot see it anymore. How do you know you’ve reached that point? You keep changing the same things and then changing them back. Back and forth, endlessly.

Two questions can stretch out revision: “How can I make this perfect?” and “How can I make this better?” But writing isn’t perfect, because writers aren’t perfect, and neither is our medium: language. It fails to make the perfect connection between what we want to say and how it comes out. Again, the villain is that word: “perfect.” Striving for absolute perfection leads to slowness at best, and never publishing at worst. Maybe even insanity.

Two magic questions can come to your rescue: What works for the reader, and what needs to work for the reader? Then do what the reader needs, not what makes you feel perfect.

Anything written can be made better, but maybe not by the bleary author alone. Responding to suggestions and questions from a helpful editor or friend can reinvigorate your eye and ear and language. But helpers can’t react to what you don’t turn in. So hand it over.

Leonardo thought he never achieved perfection, but he came close. So can you, if you don’t seek it.

Don Fry, an independent writing coach, has taught more than 10,000 people to write better. His book Writing Your Way captures 30 years of thinking about writing and helping writers.