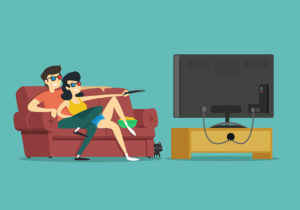 I was assigned this article four months before its deadline. “Aw, that’s plenty of time,” I thought to myself.

No points for guessing what eventually happened: The deadline was around the corner before I knew it, and my plans to research, write, and file early had been foiled by my next-level procrastination skills.

Over the years, I’ve tried to beat procrastination with these tactics: I write thoughts down immediately; I abandon multi-tasking; I tell myself very sternly to get on the stick. I have tried punishing myself (no Cadbury eggs until you get this thing done!) and rewarding myself (write a paragraph, get some Cheez-Its!) Nothing seemed to work, until I discovered that the secret is the loafing itself. Yes, I get stuff done, with good results, when I put it off until the very last minute. Even better results, I think, than when I chip away like a good, responsible doobie.

(I should note here that I’m using “loafing” and “procrastination” interchangeably, for the shallowest of reasons: I picture “loafing” as William Powell in a dressing gown, a la The Thin Man, solving a murder with a drink in his hand. “Procrastination” is Beavis & Butt-Head. Whatever you call it, it’s decidedly not doing the thing you’re supposed to be working on.)

When I told other writers I was working on this article, I got a slew of excited me toos and a couple of writers who flat-out refused to call it “procrastination” or even “loafing.” It turns out, more and more writers are practicing it to great creative payoff, even if we can’t actually call it by its name. “I love that you call it loafing,” writer Daryl Tanner told me. “It takes all the negativity out of the vital time of clearing.”

“Clearing” describes best what loafing does for my creative process: I get many of my brainstorms when I’m doing something totally unrelated to the diligence of the butt-in-chair calcified advice that many new writers receive.

But the research is piling up about loafing: Organizational psychologist Adam Grant, in his latest book Originals, noted that “Procrastination may be particularly conducive to creativity when it leaves us solving problems at moments where we’re unfocused.” He goes on to detail a number of Nobel Prize-winning scientists who were passionate about the arts. (Prize winners are 22 times as likely as the average scientist to be amateur performers, and 12 times as likely to be passionate amateur writers.) The obvious implication is that cross-discipline thinking is important, even when the other discipline is task-oriented, like ironing.

The experiences of other writers bears this out. Writer Susan Mihalic said, “I believe that taking my attention off my writing and putting it elsewhere can benefit the writing. I think that’s the subconscious at work. It’s why I have epiphanies when I’m driving or riding my horse or taking a shower.”

Travel and tech writer Deborah Shadovitch said that she does tasks when she “lacks needed words.”

“I get up, wash my dishes, sweep my floor, hang up clothing…things that let my brain do its word-thing,” she says.

And she, like Tanner, terms it something different: she says she has to let the words and ideas form in her brain first, and the brainless tasks are one way of doing just that, one way of feeling as if you’ve completed something without doing any writing.

If you set enough small goals, your brain will get used to the quick wins, and the added confidence from these tiny victories will help you on the road to your big win or goal.

Shadovitch’s methodology hints at something else that productivity gurus love to trot out — the low-hanging fruit, or momentum-building goal-setting. The idea is that if you set enough small goals, your brain will get used to the quick wins, and the added confidence from these tiny victories will help you on the road to your big win or goal. A quick internet search turns up lots of anecdotes, but I like the one about the guy whose goal was to earn seven figures in a year best: He reasoned that he would get closer to this goal if he were a better public speaker, so he made it a goal to deliver one successful public speech. And achieving that goal necessitated joining Toastmasters, so he then made that his goal. I haven’t followed up to see if he actually is making seven figures now, but it does look like he’s regularly delivering speeches now, so I’ll count that as a win.

Writer Caitlin Kelly, a full-time freelancer since 2006 who pens everything from articles for the New York Times to nonfiction books, is another practiced loafer. She takes “hooky days,” where she spends days enjoying visual arts or reading, and definitely not writing. “I don’t work nights or weekends,” she added. “I set tight boundaries around my life and the work I do. I can’t produce anything worth reading if I’m exhausted all the time.”

The note of discipline in Kelly’s kind of loafing struck a note with me. I have found that it doesn’t actually work as a way of generating creativity unless you really work at it. Like so many things in this creative life, it’s a paradox. Take, for instance, the low-hanging fruit: I make endless lists that are longer in tandem with the size the project that’s percolating in the background. These lists detail the minutiae of the day: everything from bank and post office runs to scheduling an interview to walking the dog. When I do something on the list, I check it off with great gusto.

But I have to be diligent about these small goals, setting them and meeting them, writing them down, with the rigor of someone who sets strict limits around her work and her home life, before it actually works as a productivity and creativity crutch.

Binge-watching Magnum, P.I.? Don’t check your email or answer the phone while doing it. Cleaning your house? Do all the bits you intended to do before you stop. Checking things off on a list? Do it with a sharp pencil and be relentless.

Novelist and travel writer Kaitlin Solimine has a newly released novel, Empire of Glass (IG Publishing, July 2017), that would not have been what it is today if it weren’t for the fine art of loafing. After a round of pitching the book to publishers and then a major revision, her manuscript still wasn’t sitting right – until she met a poet who had the art of procrastination down to a hard shine. At a coveted residency, “I got right to work,” Solimine says, “but she spent the first week designing her office space. She wanted it to be homey.” Solimine says the poet asked her for a coffee date, and despite her internal drive to knuckle down and get to work, Solimine agreed.

“It was one of those long, lovely, really slow conversations over coffee on a summer day,” she says, but it eventually led to Solimine’s friend mentioning a writer she’d never heard of, and the discovery of that writer led to Solimine’s being able to see her own work with new eyes and craft a whole new version of her book – one that eventually sold.

“It was just one of those random convos that feel like such a waste of time. The purpose of it wasn’t for her to provide literary insight to me,” says Solimine. But it was only through what seemed like a waste of time that Solimine could find the a-ha moment that made her book what it is today.

So really, what’s a couple hours a day spent loafing, so long as you do it right? You just might find that it boosts your creativity and productivity game to a whole new level.

—Yi Shun Lai is a novelist and editor. Not a Self-Help Book: The Misadventures of Marty Wu is available at booksellers everywhere. Find Yi Shun at tahomaliteraryreview.com, thegooddirt.org, and on Twitter @gooddirt.

Where will your cravings take you this fall?

Secrets to life-long creativity from writers who lasted.