Find your dream summer read with the help of this chart (click the chart to enlarge). 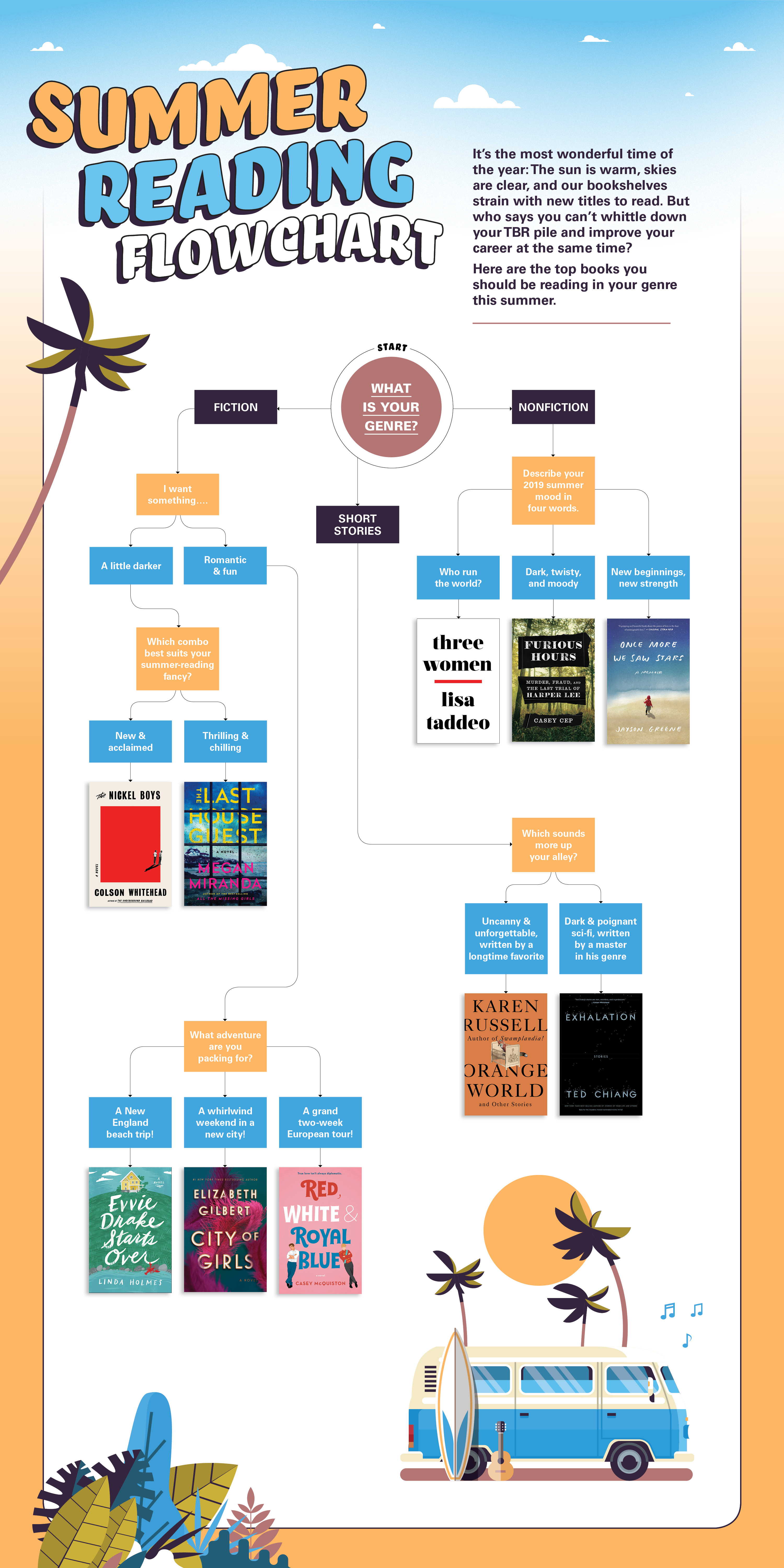 Got your answer? Scroll down to get all the details about your next read:

The Last House Guest by Megan Miranda (May 2)

All the Missing Girls author Megan Miranda returns with this “searing small-town thriller” (Publishers Weekly) starring a young woman forced to clear her name when her friend’s tragic death starts to look less and less like suicide.

Eat, Pray, Love author Elizabeth Gilbert is back in a glamorous new novel starring showgirls in 1940s New York, a book Publishers Weekly calls “a page-turner with heart complete with a potent message of fulfillment and happiness.”

Casey McQuiston’s debut stars the First Son of the President of the U.S – who just happens to fall for Prince Henry of the U.K. – in an ocean-crossed romance that Kirkus calls “a clever, romantic, sexy love story.”

Almost a decade of reporting led to Lisa Taddeo’s Three Women, a nonfiction account of three American women and their sex lives that Elizabeth Gilbert calls “a nonfiction literary masterpiece at the same level as In Cold Blood.”

Furious Hours: Murder, Fraud, and the Last Trial of Harper Lee by Casey Cep (May 7)

Casey Cep’s new book is part true crime and part literary biography, earning praise from a number of publications, including People, who called it “a brilliant take on the mystery of inspiration and the even darker mysteries of the human heart.”

Once More We Saw Stars: A Memoir by Jayson Greene (May 14)

Jayson Greene’s memoir about surviving the death of his two-year-old daughter earned a wealth of rave reviews, including from the New York Times, who called it “a narrative of grief and acceptance that is compulsively readable and never self-indulgent.”

Orange World and Other Stories by Karen Russell (May 14)

The eight unique stories in Pulitzer Prize finalist Karen Russell’s latest collection caused NPR to call Russell “one of the most brilliant literary minds of her generation.”

Exhalation: Stories by Ted Chiang (May 7)