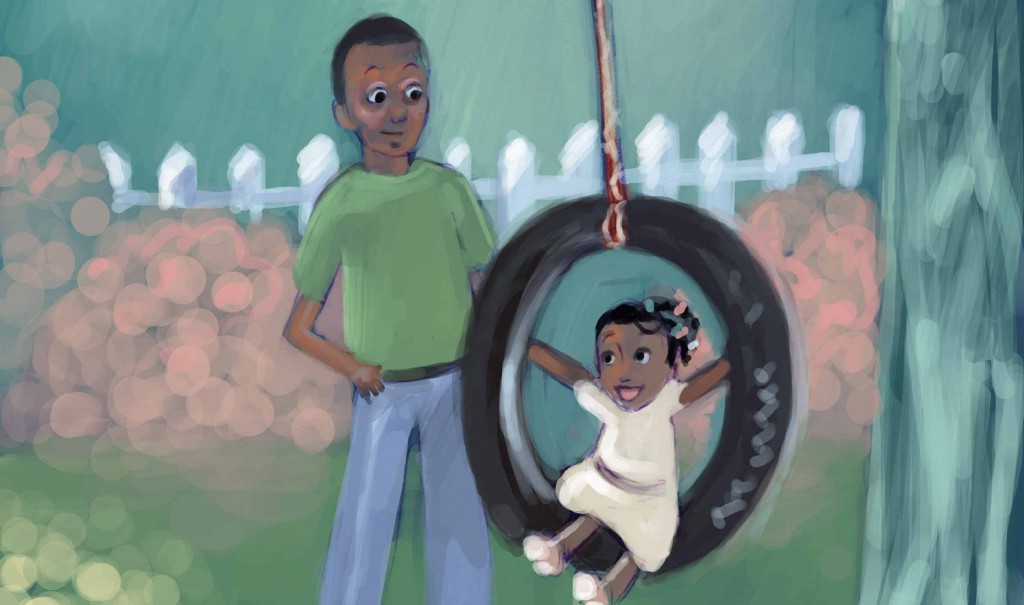 I’ve been a poet since I turned 17 and fell into the habit of scribbling angst-ridden verses in a journal. Even after I’d gone to graduate school to study creative writing, I wrote confessionally about my childhood in a working-class Italian American family in Buffalo, New York. As the only male, I was expected to carry on the family name. Such a birthright came with many rewards, but expectations, too, which I also wrote about.

In these first poems, I tried to be honest and leave nothing out. I wrote about my grandfather buying me a rifle and taking me hunting when I was 6. Other poems focused on teenage years, playing trombone – not very well – in the high school band and wearing the fanciest outfit I owned: a tan corduroy suit and chocolate-brown clogs. These poems, trapped in my own limited perspective, said in a solemn tone: These Things Happened to Me, Therefore They Are Very Deep. Writing such odes to the past felt important psychologically, and I found some success, publishing in literary journals and winning a few modest awards.

This kind of writing went on for many years. Then, a few months after I turned 32, my wife and I had a baby. When I held our daughter in my arms the first time, my world shifted. My perspective altered. I was no longer the shy, sensitive poet-boy. I no longer saw the world as the Story of Me. Writing those kinds of poems became terribly boring. The feeling was unnerving. I’d walked around the house with the baby nestled in one arm, gently rocking back and forth, wondering: What the hell am I going to write about now?

For a while, I didn’t write at all.

I trusted that the desire would eventually return. Poetry still compelled me, although I didn’t have the time or mental energy to write. Then one day, a friend emailed me some haiku she had written, and it clicked. I could write haiku. About the kids. How hard could 17 syllables be?

The form lent a simplicity and peacefulness to my writing process. Over the course of two years, I wrote approximately 100 haiku with titles such as “Our Daughter Is Way Sick,” “Fatherhood: An Exercise in Fatigue” and “Debt Haiku: A Series.”

Not a lot of words, but it ain’t nothing, as my grandfather used to say.

Still, when I thought of my poetic identity, I grew anxious. Perhaps I wasn’t a true writer. Perhaps my entire artistic impulse had been borne of a need to make sense of my youth; maybe it had just been therapy. And now the desire to know the self, to uncover its many mysteries, had been usurped by something greater. What that was, I didn’t know.

As life settled into a routine, the haiku gradually expanded into longer poems. When we had our second daughter, the pace picked up. In every free moment, I wrote until I had almost 50 poems, enough for a book. They were rough, but I began revising. I considered not only craft but also what the poems said. I remembered: This is what poets do. You write poems and let them sit a while, and when you go back to revise, you find connections, images that call to one another, themes that coalesce.

Again, I had written about my experience, but with a twist. Instead of “this is what happened to me,” it was more like, “this is what’s happening to us.” That’s a subtle semantic distinction, but it’s profound, a move from solipsist to witness. There’s a sense of consequence not related to the self, but to others.

After many rounds of revision, I ended up with Active Gods, 37 poems broken into three sections. Poems about industrial and human decline, intermingled with the markers of everyday home life: Barbie Doll playscapes, living room dance parties, swimming at the public pool and walking the dog with a pacemaker in her sweet and gentle heart.

I didn’t know anything about fatherhood or middle age, but I wrote poems about them anyway. And as I revised, I considered a possible twist to that old writer’s rule, to write what you know. Instead, I landed on: Write what you’re learning.

I suppose if there’s another writerly lesson to be found here, it’s this: Always write. Even if it’s a paragraph or a haiku or a fragment. You’re a writer, no matter how overwhelming life is or if your favorite subject matter feels like it has exhausted itself. Every day you wake up, you’re a new person. You’re always learning who that person is.

Michael Henry is the executive director of Lighthouse Writers Workshop and author of three books of poetry. He lives in Denver with his wife and two daughters.