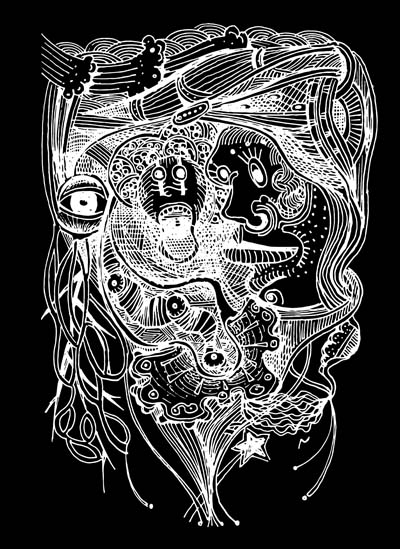 I started writing eight years ago. At age 38, I was a confused immigrant, overwhelmed with conflicting thoughts and emotions. It was not an easy decision to leave Baghdad, but violence and anarchy had swept through the city of my birth, and I felt like a stranger, a foreigner living in a strange land. I went to Jordan first for two years and then to New Zealand, where I am now a naturalized citizen.

The first months of the journey were the hardest. I went through daily and drastic changes, many of which were quite disturbing. Reminiscence became my defense mechanism to reassure myself that I still had an intact mind. Memories haunted me day and night. I started taking note of a widening gap between the space and time in which my physical being existed and those through which my mind constantly roamed. Trying to find a way out of the schizophrenic conflict raging inside, I thought I needed to build a bridge between my past and present. I decided to write.

The very act of sitting down and divulging my true feelings seemed like a huge challenge. The pen trembled in my fingers. I had to take a long pause, a deep breath. Writing the exact opposite of my conviction was my work for many years in Iraq. In numerous essays, I had called Saddam Hussein a genius, a benevolent leader and a victor. I hated myself for being a hypocrite, but I didn’t have a choice. To have said that I loathed the president and could not bear the sight of him and that he was a vicious psychopathic dictator would not only have meant failing my exams in school and university, but also losing my life as well as the lives of my next of kin. It had happened to thousands of people in our then-Ba’ath-led country, so much so that my generation had grown accustomed to keeping our mouths shut and locking up our opinions very deep inside.

After Iraq, when my first article was published on a renowned news website and readers started leaving comments, I realized it was the end of my architecture and art career. Writing was what I wanted to do full time for the rest of my life. The thick dam had cracked, releasing stories, endless stories that poured out. But writing a story is not as easy as it would seem, especially if it’s a story about people we’ve known, loved and lost to war or about incidents that changed our perceptions of politics, religion and life in general.

My narratives had to preserve the solemnity of the occurrences in question and the associated characters without sounding too melodramatic or unappealing to contemporary readers, who – and I’m no exception – are increasingly impatient and demanding. Also, I had to carefully choose my words and structure them lest readers misinterpret the slightest body gesture or facial expression, which would do the entire story irrevocable injustice. I felt as if I had watched a moving silent film and was now expected to report all the details to a blind friend.

I spent five years deriving fulfillment from writing at least a half page every day, but sometimes that wasn’t doable. My brain would shut down, leaving me in the awkward position of begging for inspiration. When my book A Muslim on the Bridge was finally released, I breathed a sigh of relief and decided that my next project would be a novel. I would explore a less intense genre of literature than memoir or political nonfiction. Instead, I was like an addict, switching from one drug to another.

A major side effect of novel writing was that the power of creating characters; experimenting with their lives and controlling their destinies intoxicated me. I no longer felt the need to meet and socialize with actual friends because I had my fictitious, more stimulating and obedient friend-characters, with whom I was traveling, dreaming, laughing, crying, loving, hating and even taking revenge. We shared an intimate world of our own, a self-sufficient one.

I didn’t know how immersed I was in my imaginary realm and how my years of writing had converted me into a writing rather than speaking being until I learned of my father’s death earlier this year. Tongue-tied, I made wretched sounds over the phone that were neither speech nor groans. I then ran to my computer, clinging to the faint hope that I would be able to reverse fate as I used to do in my novel. The doctors at the hospital miraculously saved the old man’s life. He is home now safe and sound, I was going to write but could not. My father is gone, is what I wrote instead. Only then did I grasp my loss. I wept like a little boy.

Now that my novel has been published and despite the fact that I still have many stories yet to be shared, I’m convinced that I need to put my obsession with words and sentences to bed for a while and go back to living in real life, with all the banality and nuisances that entails. I don’t want to run the risk of losing my sanity or whatever vestiges of it remain. I’m still confused about going back to the university to pursue my postgraduate studies or finding a daytime job, but the mere thought that I’m still capable of pulling myself out of the quicksand and treading on solid ground again gives me comfort. I hope I’m not acting like an alcoholic who goes for one last hurrah – this article? – before he swears he’ll quit drinking.

Iraqi-born architect and artist Ali Shakir is the author of A Muslim on the Bridge: On Being an Iraqi-Arab Muslim in the Twenty-First Century and Café Fayrouz: A Novel Except for One Chapter. He lives in New Zealand.

Phil Klay on writing and Redeployment

Tim O’Brien: The things he carries

How to heal: Creating a trauma writing workshop