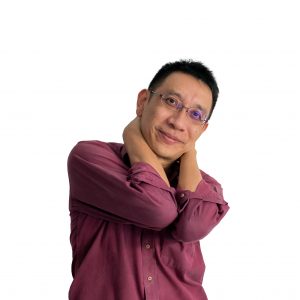 Nearly all of my sources this month told me that attempting to cover Southeast Asian literature in one iteration would be a near-impossibility. Still, I forged ahead, armed with what my immigrant parents would call good old blind American can-do-it-tiveness. And then, I had a talk with Alvin Pang, a Singaporean writer and scholar. Pang started with a mini-linguistics lesson: He reminded me that Southeast Asia comprises many different languages, over 11 countries, and multiple ethnicities and cultures.

“All these differences matter not because of the ethnic differences, but because it does mean that the language of administration and therefore the languages of schooling and culture vary tremendously across Southeast Asia,” Pang said. He clarified: Talking about the literature of Southeast Asia is a little like talking about African literature, when one must also consider Francophone, Anglophone, and Lusophone Africa. Parts of Southeast Asia were also colonized in this same fashion. I seized on this colonial history as a way to get back into my well-trod rut: Isn’t it problematic to speak of a region’s literature and culture against the backdrop of its having been colonized?

Pang reminded me that English is seen as a neutral language in parts of Southeast Asia and that in certain countries, like Singapore, everyone is required to learn both their mother tongue (defined by a person’s stated ethnicity) and English. I still couldn’t get over my hangup: Isn’t the language of your colonizers necessarily political? How can it be neutral? Pang dropped another history lesson in my lap. “Postcolonialism in Southeast Asia is very interesting, particularly in the Anglophone parts of Southeast Asia, because they were negotiated and did not come out of violent revolution, unlike Indonesia, unlike, say, Vietnam. It was a peaceful transition. And…you can still get this sense that many people wouldn’t have minded staying in the British Empire. It is problematic, OK, don’t get me wrong. Problematic. The compromise [we] made is, we kept a lot of the laws. Detention without trial came from the Brits. [The] English education system. We found it incredibly useful to keep that because it gave us access to the global marketplace and because we are multicultural. And there wasn’t a clear-cut alternative native language we could revert to. There isn’t one language that people can agree on, right? [But] we can all use [English], and we know it’s not our language. You don’t have to claim that it is.

“Everyone’s bilingual,” Pang told me, “but English is the common strand. That makes English and writing in English, by the numbers, dominant in terms of the number of people who have access to it and use it and will read it. English does have the attention. It has the resources; it has the market. [D]espite that, the other literatures never really went away. So you always had writing in Chinese since way back. You have the writing in Malay, which is obviously significant given the region. [In Singapore alone,] you have four parallel literatures going on.”

And, Pang said, not everyone wants to be translated into English. “They are not interested in what New York and London markets think. Some Chinese writers in Singapore, they thrive in that space. Malay writers obviously look to the Malay world; in other words, the immediate region. So they might seek to write, be published, and read in Malaysia. And, of course, Indonesia is a huge market for them, and there’s a thriving literature there: Some of them are starting to look at translation into other languages now. And, interestingly, they’re looking at translation into the languages of the Muslim world. This is probably true, too, of literature written in Thai, of literature written in Indonesian. And literature written in any one of these countries that reside in this global region that we’re trying to talk about. You still have the Anglophone living in parallel with the home language or the mother tongue of the countries.”

There are spaces in which work in English is more valued than literature written in any other language, however. “[There are] a lot of reasons for that,” Pang said. “One is colonial hangup. Because English was always the language with access to power under colonial times. [W]e’re not postcolonial in the sense of the effects of colonialism being over. They’re clearly not. [Colonialism is] clearly very visible in the economic structures that we operate in in the world today. Therefore, Anglophone literature is still controlled by certain Anglophone centers. India probably has more readers reading in English than the UK does. But there is this hierarchy, probably because it’s perceived as more cool [to write in English]. But the hierarchy only exists in a sense within the sphere of the particular literature, right? Nationally, you probably have a prestige bonus because you get more international attention. You show up in the news more. You’re more likely to have your book made into a movie if you wrote in English. So there is the hierarchy that comes from that.”

I wanted to know if Pang had noticed any particular differences between writers who write primarily in English and writers who choose to write in another language. “Actually, there are more commonalities than we think, and the differences are generational,” he said. “You will see a marked difference between a writer [in their 60s and 70s] from the English scene and a writer from the Chinese scene. And that has to do with what they read, what they write about, what they care about, what they value, what they consider good. They would have been drawing from postcolonial writing.
[I]n the Chinese-language world, fiction writers would be looking at Lu Xun and his followers. They would look to Taiwanese literature; to a certain degree, Hong Kong.

“However, once you come to people 50 and below, I think you start to see more common ground between people. So a writer in their 30s today in whatever language, they’re very, very likely to care about the same things and very similar values they might draw from different sources. But a Chinese writer is more likely to know what’s happening in the Western world and the Anglophone world, and the other way around.”

I made some noises about how this globalization of writing might make everything flatter, and in my chest, I felt a dismayed ka thunk, a puzzle piece falling into place: What I’m effectively saying is that writers who can reach across borders still bow to the Western Anglophile world, even though that’s only half of what Pang is saying. I can’t take it back.

Pang answered me gently: “The Anglophone writers in Singapore, particularly of my generation and younger [Pang is in his early 50s], are a lot more agile culturally, if not more well-read broadly. They can draw on a far greater spectrum of resources tactically, intellectually, and so on. I’ve seen them draw from both the Western tradition and contemporary Chinese aesthetics to write things I have never seen before. One of the reasons why I really enjoy working with them and translating them is I get a voice, even in translation, that does not show up elsewhere. It is not like they’re writing a translated version of a New York novel or Iowa workshop novel. They write their own thing. And that’s very exciting.”

Pang wasn’t done with me yet: “Southeast Asia has been, for millennia – certainly centuries, arguably millennia – the crossroads of the world. We were doing globalization through the spice trade; the maritime Silk Road, across the Indian Ocean, as a region, for over 700 years and longer. Our culture in Southeast Asia is a known blend of so many different traditions, certainly South Asian Indian traditions, Chinese traditions, local Malay traditions. Our cuisine shows it, our textiles show it, our political systems and religions certainly show it. And of course, colonialism, European colonialism, has added a layer to that and complicated things. But I would like to argue it’s added one more flavor. What I would like to claim for my region is that we are sort of growing past it: It might take another 100 years. We now have one more resource to draw from culturally, an operating system that is accustomed to absorbing multiple foreign entities and making them our own.”

Pang smiled. “…The problem with Singapore is we’re very small, and our English is so advanced that the Anglophone world can’t understand it. We’ve taken it and improved it, spiced it and flavored it with all these other influences. And now ours is just so far ahead that the poor old school, old world English, you just don’t get it.