I grew up in Southern California and am from an immigrant family. We moved to the United States when I was 4, so it’s with a certain amount of confusion that I look at the books I was taught were the only acceptable books to read: they were inevitably from the British school of literature or, later, from the American school. (My parents foisted Wuthering Heights on me at a very young age, followed by Ivanhoe and Jane Eyre; later, Mark Twain made an appearance, and in school, it was Shakespeare, Browning, and Austen.)

And yet, all around my American childhood was Spanish. My dad was a doctor in an area populated by Mexican immigrants; the Los Angeles area itself is rife with opportunities to learn more about another culture. I don’t even have a very good grip on Taiwanese literature, the literature of my heritage.

“Mexican literature begins in pre-Columbian era. It began with illustrated manuscripts by Indigenous people. This is language, this is communication. It tells a story, it’s a manuscript.”

To kick off the first installation of this new column entirely about making sure that our readers don’t fall into the same trap I did, I chose to learn more about Mexican literature. I consulted Xiomara Cervantes-Gómez, a professor of Latin-American literatures at the University of Illinois Urbana-Champaign. (It’s a mark of my overly limited social circle that I was introduced to Cervantes-Gómez through the friend of a friend.)

“For me,” says Cervantes-Gómez, “Mexican literature begins in pre-Columbian era. It began with illustrated manuscripts by Indigenous people. This is language, this is communication. It tells a story, it’s a manuscript.” 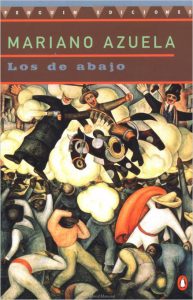 There are several markers Cervantes-Gómez notes in Mexican literature – one is pastoralism; another is a strong whiff of patriarchy. And, in fact, she says it’s not uncommon to see those two traits come together in a problematic character who appears a lot in Mexican literature. “This is a character who runs across centuries and still exists today. He is the figure of a criminal, a villain. He is always male; he does not follow the law. He’s a threat to your life…There is this romanticizing, a process that occurs with figures of violence that are delivering violence. And so, for example, we could see this in a lot of writings about the revolution. One of the first ones that came out about the revolution would be Mariano Azuela’s book Los de abajo. We’re able to see what indigenous resistance looks like; how they fell to los federales at the time; Pancho Villa’s men…But that was supposed to be the standard of what we were supposed to strive for in Mexicans. And so that character becomes adored, craved. I still see him today.”

Cervantes-Gómez goes on to explain that another trait in Mexican literature and culture, the distrust of government, works neatly with this archetype. “We are still attracted to characters that seemingly don’t follow the law because the law doesn’t protect anybody to begin with,” she says. “So in a sense, they become the hero in these novels.”

Sound like the monomyth? Sure, says Cervantes-Gomez, until we get to the picaresque Mexican novel.

There’s a lot more to Mexican literature than just the revolutionary novel starring cads and rebels, though – in literature from Northern Mexico, you’re likely to find pastoral works. And you’ll find more Indigenous writers from southern Mexico, says Cervantes-Gómez – they’re a group whose literature we don’t “talk a lot about,” much like the Afro-Mexican writers from the Yucatan peninsula. One way we can explore more of this literature, she posits, would be to “reimagine what we understand as texts, as literature.

“A lot of indigenous writing is religious texts. I argue across all my writing that it is impossible to desegregate religion and Mexico – [religion] is already woven into the cultural fabric of what and who Mexico is as an entity. Even those who are non-religious or non-practicing, they still structure their own lives around religious myths and rituals. And so coming out of indigenous groups would be texts that are relevant to that particular group, their particular religious beliefs.”

“Yes, of course the tree is going to cry. The veil between the material and the celestial world, it doesn’t exist in Mexico.”

Cervantes-Gómez’s take on magical realism has a lot to do with this understanding of the importance of religion within the Mexican culture. “[Magical realism] is not real,” she says. “It is something that white people invented to study our literature. Yes, of course the tree is going to cry. The veil between the material and the celestial world, it doesn’t exist in Mexico. We literally believe that our dead come back. We lay out plates of food for them, we lay out water for them. A lot of non-white traditions have this. We would call that magical realism? No, it’s actual practice. Just like writing about magical stuff in literature is part of our cultural practices.” 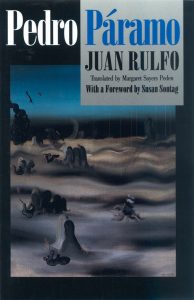 Cervantes-Gómez cites Pedro Páramo by Juan Rulfo as a key text in this tradition. The novel follows a man to his ancestral village,which he finds is entirely populated by ghosts.

When we think of literature from demographics other than those in the existing canon, we often think of them as being “foreign.” But it doesn’t have to be that way. Cervantes-Gómez says we might pay more attention to diasporic Mexican literature. This is literature, she says, that’s “transnational without trying to be transnational. The border is always already there, but [the literature] doesn’t have to distinguish itself from this side or the other. And it does not glorify a type of nationalism that we would see coming from both sides.”

Whether we’re talking about Mexicans living abroad or literature that’s been translated from Mexican Spanish into English, this literature provides a vast wealth of characters to meet and literary techniques to draw from. I can’t wait to dive in.

Magical realism might be erroneously thought of as the hallmark of Latin American literature, but we’d be remiss to think of it as being inaccessible to anyone who wants to try it. When I was growing up, I was regularly encouraged to play with rocks and water; to listen to what the trees had to say. Sometime today, commune with something in your house or in your neighborhood that you wouldn’t ordinarily think of as having a voice. Ask it some questions: What did you dream about last night? What were your parents like? Is there anything you want or need, or are you particularly happy today?

That tree you’re talking to? Of course it’s going to cry.

—Yi Shun Lai is the author of Pin Ups, a memoir. She teaches in the MFA programs at Bay Path and Southern New Hampshire universities and is a founding editor of Undomesticated Magazine. Visit at undomesticatedmag.com.