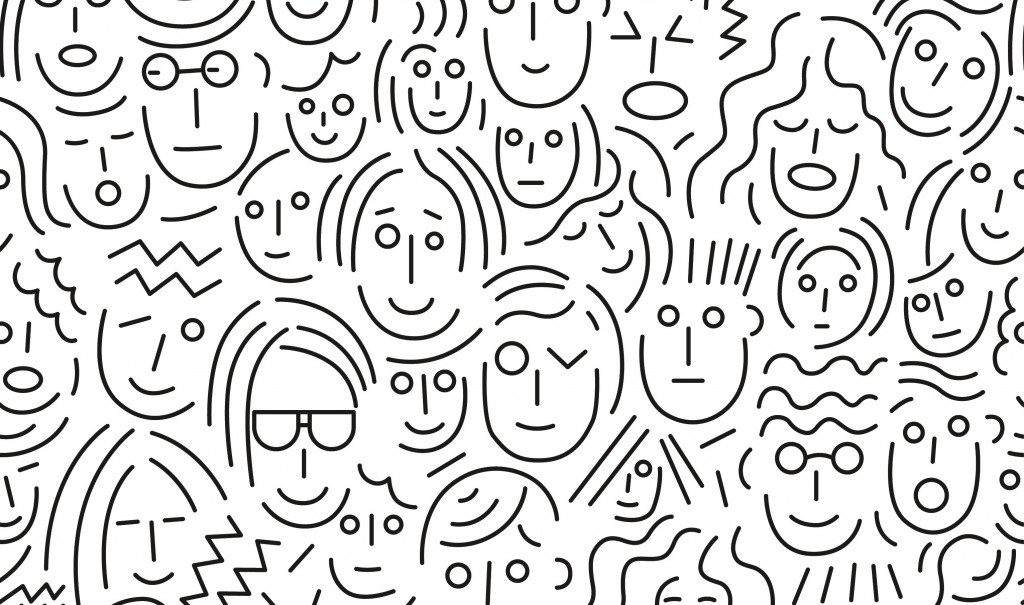 What is a writer?
In the family of philosophical questions (Does God exist? Is pleasure possible without pain? How do you know you’re not dreaming right now?), this one is on par with, say, that Kardashian brother, as insoluble as his sisters but less likely to provoke deep and prolonged examination. For those of us who care, however, the answer matters, really matters, because it can affect our sense of identity, our pride and insecurities, our motivation, and our decision to own that title in our minds, as well as when we are out in public.

“Of course I’m not a Real Writer…” As a writing instructor in MFA programs, in my community, and at conferences across the country, I hear people introduce themselves this way all the time. Their logic?

“I only write little essays about my life, not a book or anything.”

These are just three out of countless reasons why aspiring authors discount themselves as “Real Writers,” even as they are working away on their very real poems and stories. So how do we explain the discrepancy? How do we manage the cognitive dissonance that comes from believing one thing that is in direct contradiction with our actions or secret ambitions?

What is a writer? Probably the most facile response is the following: A writer is someone who writes. Maybe if the question was a scientific rather than a philosophical one, that answer would suffice, but philosophy is intended to go where science can’t or won’t, as a means of mining a deeper wisdom.

Writers are also often defined, or rather maligned, through stereotypes: the misanthrope or the drunk, for example. Yet another misrepresentation of the term: A writer is someone whose work has been published. In other words, a writer is an author. I say “misrepresentation” here because we cannot fully trust the literary establishment to define who among us is real. After all, not so long ago it was the publishing powers-that-be who categorically dismissed the voices of women and people of color. That is how we ended up with a literary canon that still consists mostly of “dead white guys,” to quote clever English majors.

So the question remains: What is a writer? Despite the fact this issue aligns with my own professional experience, the best I could come up with is a sensibility, a certain awareness and responsiveness to the world. I would say if writers have anything in common, it is that we have two operating systems running at the same time: one is actively engaged in whatever situation we find ourselves in, the other is simultaneously processing whether that experience translates into potential material for our work. Say something bad happens to us. Yes, we feel sad, but, wow, that mix-up at the hospital would make a great plot point for chapter six! We take note, mentally and literally, of anybody or anything that might serve our creativity. Meaningful personal experiences are registered as possible essays. We log the idiosyncrasies of family members, friends, and strangers to inform our characters. We eavesdrop on conversations because we are nosy, and with an ear toward converting speech to dialogue.

In a way, this dual processing means that writers are not just people who write but people who are always writing, even when we are nowhere near a computer or can’t find a pen in our purses.

Still, I continued to struggle with a definitive answer to the question of what constitutes a writer, until one day I had an epiphany. It happened towards the end of a workshop. The group members were offering feedback to a woman I will rename Winnie, because I don’t like that name, and I did not care for how she was always sketching in her notebook during class, probably creating caricatures of the rest of us as we discussed the stories on the table. Winnie’s submission elicited the usual mix of positive and critical comments – some spot on, some from left field, but all of them, to my ear, well-intentioned. Here is a condensed transcript:

Feedback Provider: “I don’t think you need to introduce all your characters on page one…”

Winnie: “But they’re all important to the story…”

FP: “I had a hard time following the scene on page seven…”

W: “But that part really happened to me. I didn’t even make it up.”

FP: “The story’s sudden switch in point of view was confusing…”

W: “There’s no other way to show what the cab driver is thinking…”

A lot of writers get defensive when people criticize their work. Sometimes my own first impulse in the face of negative feedback is to get mad at the reader because, clearly, the person is clueless, even if right. But most of my workshop participants come to quickly appreciate reader responses to their works-in-progress. Winnie, on the other hand, only grew more defensive as the class continued, which, in turn, made me feel more defensive as the instructor.

“How come you always encourage everybody else,” she confronted me toward the end of her story discussion, “but you never say anything positive to me?”

Oh, puhleeze! I thought. Or at least I hope I didn’t say it aloud. Normally, I am good at working with writers with tender egos (it takes one to know one), but not in this case, not when the person is a sketcher. In my mind’s eye, I could just imagine Winnie’s caricature of me – a blowsy blonde with devil horns and fangs. As the class ended and Winnie, still visibly upset, passed by me to leave, I thought something I hardly ever think: You will never be a writer.

That was when it struck me: That the only way to address the issue of “What is a Writer?” is through a negative definition. What is a writer? Too many variables, too many manifestations, disallow a conclusive response. But what can be pinpointed is what a writer is not. Similar to a diagnosis of exclusion in medicine – that is, identifying something by it not being other things – it occurred to me that this is also the most reliable way to determine who is a Real Writer, and whether we qualify.

With this in mind, I came up with a list of characterizations – a short list, as it turns out – that negatively defines a writer. If you find that you are none of these things, then you can safely assume that you are real. It is that simple. It is that important. You may be unpublished, you may struggle to acquire craft, others may discount your voice, your genre, your aspirations, but if you assume you are a writer, if you claim that title in your head and heart, good things will happen. You will take yourself and your work more seriously. Without the distraction of an identity crisis, you will commit more fully to doing what Real Writers do, which is believe you have something to say, and then figure out a way to communicate it on the page.

You know you’re not a Real Writer when….

You can’t handle constructive criticism. Writers want their work to have power, to communicate, to engage and entertain, to mean something to people other than themselves. They don’t blame the reader if they fail. If you can’t get past your insecurity or ego to hear where your writing needs improvement, invest in a diary and keep your thoughts to yourself.

You won’t revise. Writing is rewriting. It is not simply transcribing the stories you make up in your head to the page. It is not settling for good enough just because you prefer the rush of a new story idea or have grown tired of revisiting the same piece. If you are not open to revising or putting in the time to polish your work, you are only half a writer, and not necessarily the better half.

You can’t separate writing from ranting. I knew a talented wordsmith who could have been a writer, if it wasn’t for her ex-husband. In the personal essays she worked on during the time I knew her, she could not not slam her “wasband,” as she called him. She told her readers repeatedly what an asshole he was, which was one of her kinder descriptions of him. Essayists have agendas – that is a good part of why we write, to share our truths. But we will never get readers to see what we want them to see, or come around to our way of thinking, if we force our judgments on them. “Show, don’t yell,” I said to the woman with the wasband. Sometimes even bad humor can dispel enough anger to make room for craft. “But he is such an asshole!” she persisted, which may very well be the case, I thought, but only a writer can make me believe it.

You don’t want to be a writer. Once upon a time I finished a book and decided I was done. So I stopped all that dual processing in my head and did other meaningful things, like decorate the house with giant, fake cobwebs for Halloween. This was something I had done every year since my daughters were little, but now I took great pleasure in the arrangement of the web and the placement of each dangling plastic spider, even though by this time my girls were teenagers and failed to share my enthusiasm. My cobweb phase lasted about two years, during which time I loved not writing…until I didn’t. What this experience taught me is that there will always be days, weeks, months, even years in your life when you are not writing, but those times only feel great when you are not a writer.

You let others discourage you. Good riddance, I thought as Winnie packed up at the end of class. Her story discussion had ended on a civilized note, but when she walked by me to leave, I could see in her face that she was still upset. You will never be a writer. It actually gave me a pang to think this about her; to think this about anyone who clearly cares about writing.

The following week, as anticipated, Winnie did not show up for class. But then, to my surprise, she returned for the remaining sessions, and the work she put forth revealed that she had listened to the group’s feedback and was willing to revise. She also dropped a good bit of her defensiveness, though her drawings may tell another story.

Regardless, Winnie and all those sketchy types like her can teach us an important lesson: If a writing instructor, even one so intimidating as to sport devil horns and fangs, thinks that you will never be a writer, that does not necessarily make it true. Unless, of course, you decide to believe it.

—Excerpted from Good Naked: Reflections on How to Write More, Write Better, and Be Happier (©2017, University Press of New England). Visit the author at jonibcole.com

Add these sites to your browser bookmarks ASAP.

Here are some of the hottest nonfiction titles of the season.