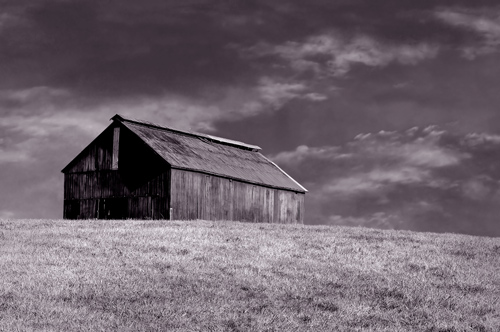 Write your own life story,” is the caption below the photo of an old manual typewriter. The photo over my desk alternately glares at me accusatorially and beckons invitingly.

“Yeah, right,” I mutter on a day when no words come. “Who wants to read about my drab life?” Times that were thrilling for me cannot be told with enough vibrancy to excite a stranger. Most of my life has been far less than thrilling, not worth writing home about, let alone so exciting and inspiring that strangers would pay to read about it.

My life looks more like that beaten-and-battered manual typewriter in the framed photo than the state-of-the-art laptop I use. Seven of that typewriter’s keys are stuck in the downward position. The platen is hard and worn. The base, which doubles as one side of the carrying case, is tattered and dirty. Its clasp, just below the space bar, is broken. The top of the case, no doubt, was discarded long ago. The ribbon is thin and dry. Not even a junk dealer would want such a worthless anachronism.

Sure, “Write your own life story,” the drab black-and-white photo taunts and mocks.

I recall a book that one of my college professors recommended. The Thread that Runs So True was written by Jesse Stuart, just a Kentucky hick to many people. He was so uninitiated in the ways of the world that he walked into Berea College and expected to be admitted without having ever filled out an application. He had no money, but he had heard that Berea allowed students to work in return for their education. He was willing to work.

Berea couldn’t accept him, but a person there suggested that he go to Lincoln Memorial University in Tennessee. LMU had a student work program; maybe they would admit him. He followed the advice, and they enrolled him. He worked. He studied. And he wrote. After graduating, he went back home and taught in a one-room school, but not before he had his nose bloodied and skinned his knuckles in a fist-fight with an 18-year-old first-grade student to earn the right to teach there.

Soon, students and parents alike realized what Stuart was trying to do for local children. The students began to work hard. They began to read, write, do math – and applied what they learned.

While he was teaching, Stuart was also writing and learning. One important lesson was that he needed more schooling to improve his teaching and writing. He enrolled in Vanderbilt University’s master’s program. He wrote a massive manuscript that was supposed to be his thesis, but a dormitory fire destroyed it. He reconstructed it from scratch and submitted it.

His professor, Donald Davidson, a writer in Vanderbilt’s Fugitives group, met with him and told him that it wasn’t a master’s thesis. It was a book. Davidson offered advice that, like the two roads that diverged in Frost’s yellow wood, would make all the difference in Stuart’s life.

Stuart took that advice. He went back to the hills and taught school and plowed fields and wrote in between. As he guided the mule between rows, he composed poetry and conjured plots for short stories. When he rested his mule at the end of the furrow, he jotted his lines on tree leaves. Later, he transferred his words to paper. They eventually found their way to publishing houses and from there into books and magazines. He wrote for children. He wrote for adults. But most of all, he wrote for himself.

“Write your own life story,” the framed photo whispers to me. “Don’t change and follow the moods of these times. Be your honest self. Go back and write of your country. Your country has your material.”