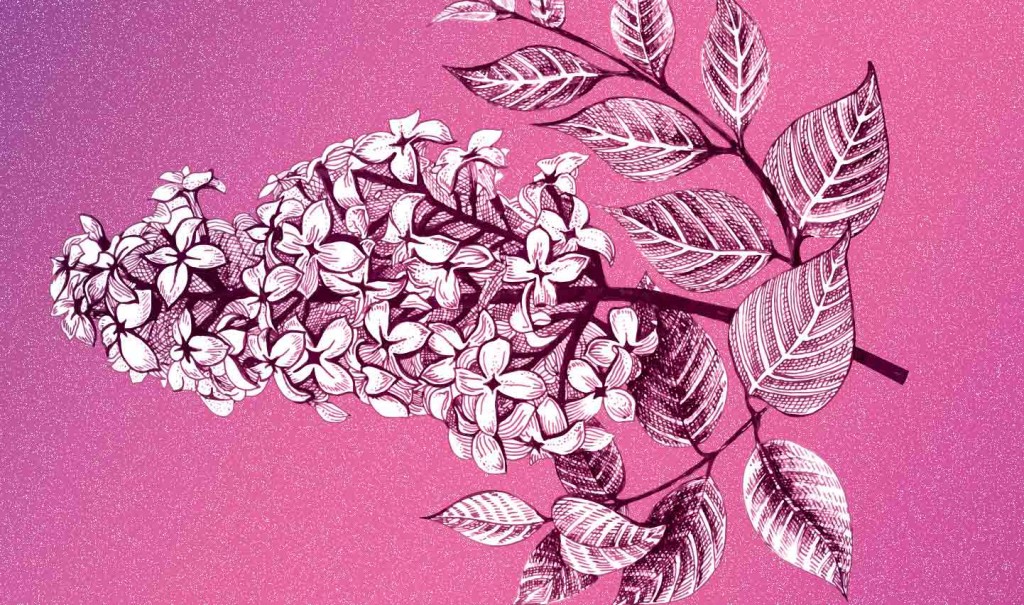 While my mother was losing her marbles, I tried to crawl into her brain. Listening to her jumbled sentences, I pictured the microscopic beta-amyloid clumps and tangled protein strands, commanding them to unclump and untangle and resume their synapse communication. It didn’t work. So I jotted down our conversations driving to our weekly lunch date or walking in the garden at the independent living community. Her observations were odd and disjointed, sometimes funny, and occasionally staggeringly perceptive. I wanted to remember her words, and – I admit it – I thought I might use them for a character some day. But I did not yet imagine the existence of Flo.

My mother, Pauline, was smart and brash and ambitious and opinionated, with a somewhat creative approach to truth. The combination of these qualities made her an accomplished pianist as a teenager. They led her to study chemistry in college. They made her an award-winning teacher (unfortunately she taught in my high school, where she was far cooler and more popular than I was) and propelled her to graduate school for a doctorate in her 50s.

Those qualities did not add up to the ideal of the 1950s wife and mother. She was busy, so many of the household chores were assigned to me. I did the weekly household grocery shopping with my dad. I cooked dinners three or four nights a week when I was in junior high and high school. None of my friends had to do those things, and I considered it totally unfair, practically servitude. Especially since Mom didn’t make ceramic teapots on the pottery wheel in her garage like Susan’s mother, or bake bread twice a week like Christi’s. Still, Mom – or at least who she appeared to me – probably shaped my character more than I know. I might have resented her, but I certainly grew up thinking that there was no reason I shouldn’t have it all, like she did – a satisfying and demanding career, an equal partner, children. I also planned to throw pots in the garage and bake bread twice a week.

My mother loved to tell family stories, especially the one about her brother Jackie. I heard this story my whole life, with little variation. Even though Mom didn’t come off well in the story, she always ended it with an odd smile, more proud than contrite. She was 8 years old when Jackie was born and not at all interested in sharing her parents. Before he arrived, she was domestic royalty, the American-born princess of Russian immigrants. Her mother had fought the czar and been caught by the Cossacks. Either her fiancé rescued her from a Siberian labor camp or her father’s bribe bought her freedom, depending on which version you believe. In either case, the family made it to Brooklyn, where they had my mother. Princess Pauline. She was spoiled in that old country way, refused nothing, breastfed until she was 4 years old. She was a platinum-blond beauty in a dark-haired, olive-skinned family whose European relatives were destined for extermination. When her baby brother Jackie was born, my mother didn’t see the need for a crown prince.

Here’s what she told me: One spring day, my 8-year-old mother picked up the sleeping infant from his cradle, carried him to the open front window of their second-floor apartment facing the wide asphalt expanse of Ocean Avenue, and let him fall. I picture him wearing a long white dress, as documented in old family photos. Jackie didn’t die, Mom told me; he didn’t even wake up. He landed in a lilac bush.

“What happened to you?” I always asked my mother at this point. As a child, I half hoped that she had been punished. I’m not quite sure what answer I was looking for later.

“I ran away and hid in the woods.” Brooklyn had woods then. “It took them hours to find me. By then they were so relieved, they forgot what I had done.” She smiled that odd smile then.

Next, I always asked the same thing. “What does Uncle Jackie think about it?”

Her answer was the same too. “I have no idea. We’ve never discussed it.”

She shrugged. “Probably not. We’ve never talked about it.”

She made me promise to never tell my uncle.

My mother began showing signs of dementia in her mid-80s. I knew things were bad when she could no longer devour half a dozen mystery novels a week. I convinced her and my father to move to an independent living community fifteen minutes from my home. As the disease progressed, she lost the ability to take care of herself, to reason, and she began to lose her memories. In the months when her memory was in and out, when the distant past was more present than recent history, she loved to talk about her childhood. As a writer, I am obsessed with collecting and creating and telling stories. One day, I asked her to tell me again about the time she dropped Jackie out the window.

I couldn’t believe it. “You told me that story for years,” I insisted. “You said it was true.”

My mother died eight years ago. After her death, I broke my promise and asked my uncle about the out-the-window story. He said it never happened and reminded me that my mother’s stories were often embellished, if not entirely made up. But he was a baby when it happened; how would he know? I asked my father. He had heard the story all those years too, but he didn’t know if it was true.

As I mourned my mother, I found myself writing bits of her into short stories. I exaggerated her outrageousness. I repurposed and expanded those snippets of Alzheimer’s-influenced conversation into scenes. I discarded several short stories with mom-inspired characters before Flo elbowed her way into a starring role in my third novel, Kinship of Clover. Flo isn’t exactly a new character; she had a bit part in my first book, where her son commented, “Mom was not one to mince words.”

I wrote Flo as a daughter: to honor my mother and to fight back against the havoc of the dementia. Flo is smart and brash and opinionated, like my mother. She is outrageous. Sometimes she lies. As a young woman, she made pottery like my friend Susan’s mother.

As a writer, I struggled to separate the inspiration from the character who sometimes spoke my mother’s words. I listed their differences in appearance and life choices, in occupation and political affiliation. I made Flo more outrageous verbally, more of a risk-taker, and I gave her a secret story. It’s a big one and it changed her life. As Flo’s cognitive function deteriorates, she can no longer protect the secret, and it comes out. Like my mom, Flo later denies her story, but in fiction I was in charge and could craft a satisfying ending.

I wish that resolution had happened with my mother in real life, but it didn’t. Sitting by her bedside as she was dying, I pictured the 8-year-old blond princess picking up her infant brother, carrying him carefully to the open window, and letting him fall. I see it in slow motion. I imagine his long white dress rippling in the spring breeze.

I wish Mom had told me the truth about Jackie before she died. Because either she dropped him out the window into a lilac bush or she didn’t, and now I’ll never know.

Ellen Meeropol is the author of three novels: Kinship of Clover, On Hurricane Island, and House Arrest. Ellen is a former nurse practitioner and part-time bookseller. Her short fiction and essay publications include Guernica, Bridges, DoveTales, Cleaver, Portland Magazine, Necessary Fiction, and the Writer’s Chronicle.