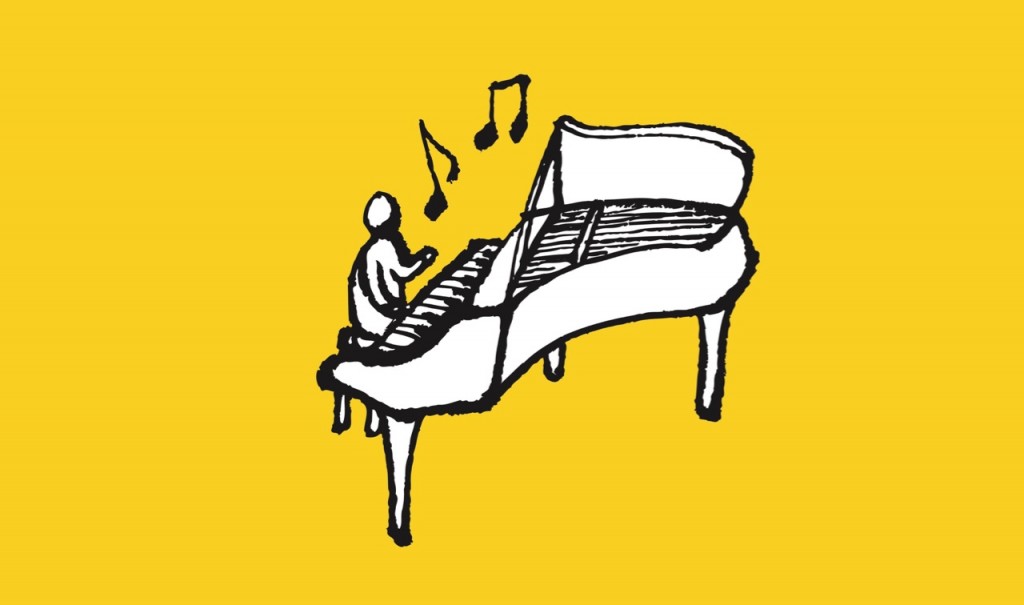 Let me put it this way: If I can sing, you can write.

My mother, Shirley Clark, kept a baby book to chronicle my early years. I still have it. It has a faded velveteen blue cover with the title “Wee Me.” It retains the evidence of my entrance into the world: a hospital bracelet, a birth certificate, a lock of blondish hair.

On a page set aside for “Mother’s Notes,” mom would mark the stages of my development as I grew from infant to toddler to actual boy. For context, I was born in 1948 and for the first four years of my life lived on the Lower East Side of New York City in a small apartment in a complex called Knickerbocker Village.

According to mom’s testimony, two areas of my development stand out: language and music.

At age 16 months: “Roy is the talk of the neighborhood. He can speak more than any child his age. He can sing every other word of ‘See Saw,’ ‘Jack and Jill,’ ‘Four Leaf Clover’ besides a wonderful vocabulary. Mimics everything and everybody.”

Hmm. Then at 24 months: “Roy is a real boy – and all my time is spent running around after him. He can recite the entire alphabet, can read the letters A-E-F-W-M & L. Not bad eh? Still sings all day long.”

It is embarrassing and profoundly humbling to see my adult behaviors in childish formation by the age of 2! Was it nature or nurture or some magical hormone squeezed onto me in utero?

I was born into a musical family on my mother’s side, the Marinos, a large Italian-American clan spread across Lower Manhattan. (My dad, Ted Clark, described himself as “tone deaf,” but he turned out to be a great audience for a family of show-offs, and, on occasion, with scotch as a lubricant, would wail his version of Home on the Range.) Mom sang plenty – until her dying days at the age of 95. So did my Aunt Beatrice, who would sit with me for hours teaching me the pop songs of the day in duet form. I still remember the words to Walkin’ My Baby Back Home.

I even learned to sing a little Italian, parroting the lyrics of Lou Monte’s Neapolitan version of The Darktown Strutter’s Ball.

Things did not always go well. At my Uncle Pete’s big Italian wedding, mom dragged me to the bandstand to sing Italian. I froze like Italian ice. Aunt Bea brought me to a kids’ talent show. When I got on stage, I cried.

Years of Catholic schooling on Long Island extinguished the flame. Forming a class choir, one nun ordered me not to sing. I could, however, stand in the back row and mouth the words. I assumed there would be hell to pay if actual sound slipped out, ruining the celestial melody of The First Noel.

Like so many of the damned, I was saved by rock and roll.

From the time I was 8 years old, I took piano lessons from a sweet Italian lady named Vera DiTroia. She gave lessons from her house around the corner, and until I got to high school, I made my way through the classics: Beethoven’s Fur Elise, Mozart’s Alla Turca, Chopin’s Polonaise. But what I really wanted to learn, Mrs. DiTroia could not teach me: Jerry Lee Lewis’s Great Balls of Fire, Little Richard’s Long Tall Sally, Johnnie Johnson’s work on Chuck Berry’s Sweet Little Sixteen.

At the age of 16, we watched the Beatles invade America. We could see that Paul was a handsome guy, but the other three were nothing to look at, and yet the girls – our girls – were moved to ecstasy by these Liverpudlian mopheads. So it was our job to play in a band. There was a succession of them: The Henchmen, The Roy Clark Five, T.S. and the Eliots. Then, in college: Tuesday’s Children and The Sidewinders. Then later, with my pals at the St. Petersburg Times, The Fabulous Nosecaps.

I sang all the time to myself: in my bedroom, driving a car, in the shower, but my voice was deemed unacceptable for public performance. Still, I persisted. I got to sing a little backup with Tuesday’s Children, and then made a breakthrough with the Nosecaps.

I took no lessons, but through adulthood, my voice seemed to improve. When I heard recordings, I knew that I was incapable of holding the high notes or keeping on pitch. But a bit of vibrato was trying to escape, and I discovered a falsetto that worked in certain Beatles songs. For cover versions, I could imitate certain voices: Elvis, Dylan, the British Invasion, Mike Love of the Beach Boys, even James Brown for I Feel Good. Eventually, the humor of mimicry drifted away, and what I discovered was my own authentic rock and roll singing voice. What that voice had was enthusiasm, which led to confidence. I could hear myself believing in the lyrics, the narrative, the hopes and dreams of the song writer. And others could hear it, too.

I played and sang – still do – at house parties with 20 people. And I once stood in front of 40,000 people gathered along the St. Petersburg Waterfront on the Fourth of July to see the fireworks. The crowd was pretty drunk by 9 p.m., so party songs like Wooly Bully, Louie, Louie, and Twist and Shout hit the mark.

I have been married for 45 years. I am 69 years old – a little older than Bruce Springsteen. I have lost most of my hair, gained a little weight, and every day notice some annoying sign of aging. In spite of this, when I sit at the keyboard and start playing Here Comes the Sun, and sing a chorus or two, I often find myself in the company of women of every age. Something pleases them about a man who has gained the confidence to perform for them.

For those people blessed with a great voice – the Josh Grobans or Mariah Careys of the world – performance is not about risk-taking. For me, with a voice that rates about five on a scale of 10, it’s all about risk-taking. The biggest musical risk I ever took was during a workshop in Atlanta at a convention of the National Association of Black Journalists. They accepted my proposed topic: “What I Learned about Writing by Listening to Otis Redding and Aretha Franklin.”

The workshop was about the multiple connections between writing and music: invention, improvisation, originality, ownership, authenticity, imitation, phrasing, tone, rhythm, mood, movement, sound, and on and on. I played recordings of Otis Redding’s Respect, and then Aretha, noting the profound differences as the song evolved from a manly plea to a feminist demand.

But then I sat at the piano and played and sang – it might have been I Feel Good and Mustang Sally – and the audience, mostly people of color, sang along with me. In my mind, I was the same skinny white guy who wanted to sing in my high school band. “We talk about the value of risk-taking in journalism all the time,” I told the crowd. “I hope you appreciate the risk I am taking for you today.” And they did.

I had intended this workshop to be a one-time event. But people who attended my sessions would not let me close the lid of the piano. “When are you going to play some music?” is the common question. I own a battery-powered Yamaha electric keyboard with self-contained speakers that weighs about 12 pounds. I tuck it under my arm and bring it to every writing workshop – just in case.

If I can sing, you can write. For too long we have treated writing as a fine art rather than a social literacy. “You know,” a teacher might say, “you could write for the school paper.” The same is true for singing: “You know, your voice is so good you could sing in the choir.”

But what if we thought about writing and singing as akin to playing golf? “Are you a golfer?” someone might ask me. “Yes,” I respond, “I golf.”

And that is all you need, that determination to participate, to play the game. Writing is a game, of sorts. So is singing. You earn the designation of writer not by publishing a book but by writing your first blog post or letter to the editor.

Try this experiment: next time family or friends are gathered around the house, tell them that you want to sing them a song. It does not matter where you rank on the singing scale. Pick a song you love and you know by heart. Perform it seriously, as if you were opening for Tony Bennett at Carnegie Hall. If they laugh at you, do not be embarrassed. You will have entertained them. But don’t be surprised if someone comes up after your performance and offers a fervent squeeze and a kiss on the lips. You are a singer.

Now write about it. You are a writer.