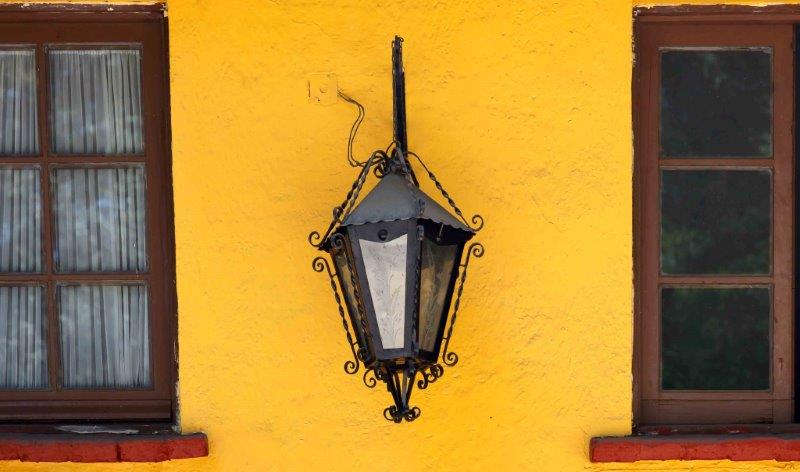 I am living in a rental property for a month, far from home, to try to write the book I’ve been mulling over for the past four years. The loveseat is blue and floral. It is the only comfortable surface in the entire house. The beds (three), couch (singular) and chairs (seven) are unimaginably spine-crushing. This is not a deal breaker but it is discouraging nonetheless.

I am paying more than double the going rate for this house, although it is the rainy season here on the shores of Lake Chapala, Jalisco, Mexico. I was happy with the price until last week, when I discovered the value. Now I feel like a chump.

I was accepted to a residency a year ago, space to write in America’s heartland. Two weeks before I was scheduled to fly to Nebraska, I cancelled. To leave my family, miss my youngest child’s first day of school, to be brave and do something rather than just think about it? I couldn’t follow through.

The school year, during which I would be working part-time, was going to be my opportunity. My turn. It was less dramatic than attending the residency, but still allowed my goals to be the priority.

Until, of course, real life intervened, as it does. After the first quarter, it was clear that I’d need to homeschool my kindergartener. It was like when I unexpectedly became pregnant in 2008 and threw up at least once a day for 37 weeks until my baby was born. Or the year of numbing depression that followed. Or when I finally got myself back together, just in time for that baby to begin having seizures.

For two years, he shook and froze, and we took endless pictures of his brain that showed many fascinating things, just never anything useful, like where the seizures started. Treatment after treatment, nothing controlled his epilepsy. And so my brain compartmentalized: The writing self takes a sliver; survival takes up the rest of my grey matter.

When I say I’ve been mulling over this book and the main character, Alberta, age 11, for many years, I’m not exaggerating. She kept me company when I thought I was losing myself, including when I was sure my son was sick to teach me a lesson since I hadn’t wanted another baby. Inch by inch, Alberta’s story has been built in waiting rooms and in the car, driving hundreds of miles to the nearest specialist, in overly long showers and on rowing machines.

Now I have no excuse. My husband and children came with me on this adventure so I couldn’t cop out and blame them. My husband is in charge of everything required to keep people alive. I have made ramen twice, peanut butter and jelly twice and not one other bite of food. I haven’t cleaned a thing or put kids to bed. They leave the house for a few hours each day to give me silence.

I sit at a desk, in one of the horrible chairs, facing a yellow wall with scuff marks at random heights.  There are six blue-framed windows to my left. And I write.

Months ago, when I first started planning this excursion, I realized I would need clear goals. “Write a book” is better than “write” but still fairly abstract. “Write a first draft of your novel” got closer, acknowledging the limits of a month. “It doesn’t have to be good” also helped, again limiting the field for freaking out. I settled on “I will write 2,000 words every day, only moving forward and not revising.”

Revisions, of course, are the drug of choice for writers. If you are moving parts around, cutting and pasting and changing your spacing endlessly, you technically aren’t procrastinating. But it isn’t doing the writing. I know myself.

With no TV or normal routine, there are a lot of hours in the day. I read – we all read – a lot. The day before leaving town, a librarian friend stopped by with a gift: an advance copy of Elizabeth Gilbert’s book Big Magic, about creativity. And bravery. And basically everything I need right now in my life.

I’m a bit shy of my word count – a stomach bug, a beach day – but in a good spot. I had to go back and read part of a chapter that was interrupted by a screaming person (spiders, endlessly spiders). I was pleasantly surprised. I liked what I had written and picked up, continued and wasn’t tempted to fiddle with it.

I won’t have a book done when I leave. I won’t have half a book done. I will have one-third of a first draft down, backed up, ready to be added to. When I return to my Arizona house, it will be 115 degrees. The kids start school two days later. I will begin teaching a few weeks after that and there won’t be a tiny bodega five doors down where I can buy icy cold glass bottles of Coca-Cola Light from a teenage girl who has smiling eyes and is patient with my verb-free Spanish.

I’m less scared than I expected. I’ve done what I wasn’t sure I could do. I will sit in my much better chair, looking at the plastic climbing mountain in the side yard, at my overcrowded desk and write. Two thousand words every day. I’ve proved something to myself that might be even more valuable than accomplishing a goal that has followed me since elementary school. I can do the thing I set out to do.

Eliana Osborn is a writer and part-time English professor living on the U.S.-Mexico border with her family. Her work has been published online at Woman’s Day, Women’s Health and Brevity.