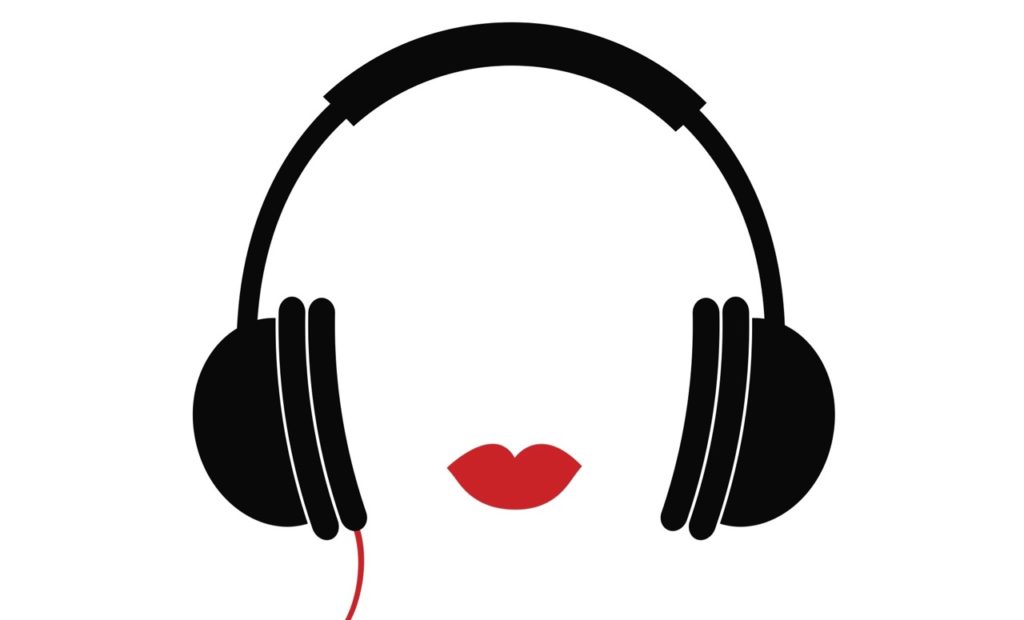 Right about the time I couldn’t tell if my eyes stung from sweat or tears, when I tried to wipe whatever it was away and left a streak of Rust-Oleum across my forehead, I realized that I made a mistake.

Not about the Rust-Oleum, which was labeled as a primer for heavily rusted metal. The railing I worked on was, indeed, heavily rusted.

Are you passionate about writing, authors, and books? Sign up for our weekly newsletter, full of tips, how-tos, writing advice, and more.

No, the mistake was my chosen listening material. I use audiobooks to eat up the time it takes to get from point A to point B of boring tasks like long road trips, long marathon training runs, and long bouts of depositing sweat equity into my house to get it ready to put on the market.

For the front railing, I’d listened to Mrs. Robinson’s Disgrace: The Private Diary of a Victorian Woman by Kate Summerscale. For the back railings, I thought it’d be fun to listen to Running: A Love Story, by someone I knew very well: me.

Despite my discomfort at listening to a sample of the audiobook of my memoir back in March (that’s not how I sound, that’s not how I would say that), I thought that by May, after the initial blush of publication, when the “is anyone going to read this book/are the critics going to like this book/will my parents hate me/will I get sued?” terror had passed, it could be fun.

How would Randye Kaye, a 60-something, red-headed Jewish New York native and narrator of dozens of audiobooks, who I had chosen from three potential narrators, read the story of a 35-year-old blond Catholic writer from South Jersey whose memoir starts in high school?

It could be fun, I thought as I picked up a piece of sandpaper to smooth the railing for primer and a new coat of flat black paint and hit play.

Or not. Kaye, of course, does not sound like me. She says “time” like she has all of it in the world, whereas my pronunciation is clipped. She pronounced the name of my hometown just slightly wrong. When she used a different tone for the angry father, when she described a nun as having little gray teeth, I sucked in a breath. She sounded a bit too mean. I was about to add “statistics drone on” to my list of grievances until I remembered that this was my fault, not Kaye’s. I’d gotten so deep into listening that I forgot, briefly, who wrote those words. She had the right to interpret them as she saw fit. In that space, in that format, Running: A Love Story became Kaye’s. And I listened.

I wrote the first draft of the book a few years earlier, before I had an agent or editor. That draft was raw, all emotion, anger, and rage. When I went back it to edit it into a proposal, though, I stopped being that hurt person who experienced all these things and shifted to being a writer who thought she could take this pile of pain and shove and scrape and mold it into a readable – and sellable – form.

And I kept being shoved in that direction with every hand that touched the manuscript: agent, editor, copy editor, lawyer, designer, an entire marketing team. I didn’t like all of their changes, and I registered some of the battles I lost as I listened to Kaye’s narration.

But that’s publishing, and that’s what turned my story of 10 years of running from an extended diary entry into a book. This is my third book, too, so I expected this, and after one last clinical scan of the manuscript to check for errors before it went to the printer, I accepted this in its final, fine-tuned, and crafted form.

When Kaye read the story, though, I couldn’t change the product. I couldn’t be the writer trying to make it just a little bit better, but I could listen – really listen – to what had happened. I flipped back and landed into that pile of pain and felt it all, all over again: the anger, grief, and rage.

When Kaye read my words about how I fell into a relationship with an alcoholic, I remembered what it was like to be a sad, emaciated, tortured 26-year-old again. I hadn’t felt so bad since I banged out the angry first draft more than two years before. That’s when I couldn’t tell if I was sweating or crying. That’s when I smeared a streak of rusty metal primer across my forehead. Right before the conclusion of chapter three, I hit stop.

Writing a memoir is an upheaval, a tearing down of the scaffolding you put up around some of the worst parts of your life, and I did it in the hopes that, through reexamination, I could make sense of what happened. Deciding to publish it meant building a more permanent structure, one with windows and an observation deck so that someone, somewhere could look in and say “I’m there” or “my sister’s there” or “I’ve been there, too,” or even “what’s the matter with you?”

That night, a dream I hadn’t had since March came back to me: my alcoholic ex came into my bedroom and tried to embrace me. I couldn’t decide if I should let him or beat in his face. I woke up, heart racing, before I could make a decision. I deleted the book from my phone.

“Yes, it can be really weird hearing your own words come back at you, especially when they remind you of moments and decisions you have, shall we say, outgrown?” Kaye wrote to me in an email after I told her I’d listened to part of her work. We hadn’t spoken before she did the narration, and I was curious as to who she was, but not curious enough to call.

From what I heard in the first three chapters of the book, she did a wonderful job. But I’d heard enough of her voice – and my story, too. I had outgrown those decisions – and the anger and regret. I could step off the observation deck and finally move on.

—Jen A. Miller is author of Running: A Love Story.