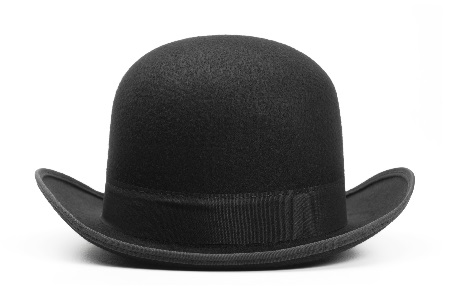 British humorist P.G. Wodehouse and I both started out as bankers. I discovered this commonality while researching his career for a creative writing class project. I also realized that Wodehouse’s successful transition from banker to writer provides inspiration and practical lessons for working and aspiring writers.

Sir Pelham Grenville Wodehouse (1881–1975) became a prolific writer of literature. His output of light, humorous fiction included 125 books (including several anthologies of short stories originally published elsewhere), 18 published plays and lyrics for 34 musicals. He also created such immortal characters as Bertie Wooster, his valet Jeeves and Lord Emsworth of Blandings. However, his early ambition to become a writer was initially thwarted by a financially-strapped father, who secured a trainee position for him at the Hong Kong and Shanghai Bank office in London.

In September 1900, the aspiring writer began work at the bank, reluctantly; he left it for good, triumphantly, exactly two years later. During those two years, Wodehouse published 80 short stories and articles in various periodicals and contributed regularly to a newspaper column – all in his spare time. His achievement was the product of desire, dogged perseverance and the application of two important principles.

The first was to harness the power of goals and deadlines. Upon joining the bank, Wodehouse established a goal and deadline for himself: to make enough money from writing to justify quitting the place and becoming a fulltime freelance writer within two years. (After two years of clerking in London, trainees were dispatched to the bank’s outposts in the Far East, a prospect that terrified him.) For the next two years, Wodehouse toiled at the bank by day, then raced to his rented room and wrote frantically through the night. During this period, he submitted between eight and 10 stories per week to various periodicals: His rejections numbered in the hundreds.

The second principle was to find one’s own voice. Wodehouse’s early writing efforts were prodigious but unfocused. In his desperation to escape the bank, he would write anything – verses, short stories, articles for lowbrow newspapers. He would later characterize his initial submissions as “bilge,” adding: “My trouble, as with all beginning authors, was that I didn’t know how to write.”

As rejections of this scattergun approach piled up, Wodehouse began experimenting with other styles. Gradually, his own writing voice – good-natured, comic – dawned, and there was a ready, appreciative audience for his style. He was soon invited to contribute to a humor column in the Globe and Traveller, London’s popular and prestigious newspaper.

That’s when Wodehouse reached a crossroads. His earnings from writing exceeded his bank salary, and he had been offered a five-week contract to edit a column in the Globe. He recorded the resulting career decision as follows: “On September 9th, having to choose between the Globe and the bank I chucked the latter, and started out on my wild lone as a freelance.”

Peter Stone is a graduate of the creative writing certification program at McMaster University in Hamilton, Ontario, Canada. He has been published in Toronto’s Globe & Mail and McMaster’s Mainstreet anthology.