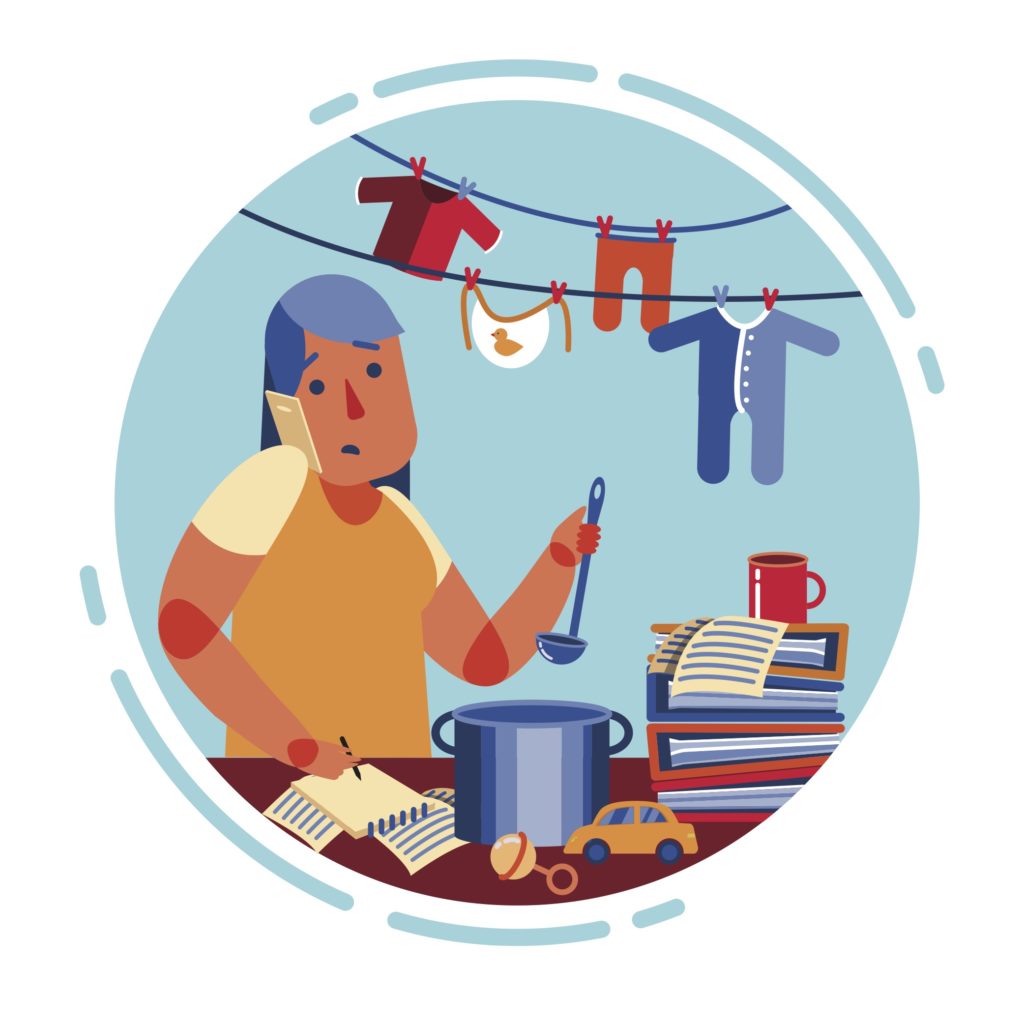 Any woman who struggles to pursue a personal passion alongside the consuming nature of motherhood will inevitably have the following question asked of her: “How do you find the time?”

I hear it all the time as a freelance writer and teacher. At writing workshops, it’s the question I get asked most frequently (especially by fellow mothers). It’s also my least favorite question to receive, because the answer doesn’t come easily.

The truth is that I don’t find the time to write. Finding the time is a myth: the time doesn’t exist to be found. I love my three sons, but they are adorable black holes that consume the majority of my waking hours, nearly all of my energy, and at least half of my brain cells. There isn’t much left of me after bedtime, once the house is beautifully, painfully quiet. Mother-writers know this emptied-out feeling well – it’s a frustrating, unpleasant aching. I spend the day dreaming of time alone to write, but when everyone is asleep, I can only stare at a blank page or blinking cursor, too mentally exhausted and physically drained to write anything down.

This is not as easy as it sounds. There’s not a lot of balance between the two roles of Mother and Writer, and Mother always comes first. I can’t write until I’ve dealt with the snags and tangles of motherhood first. And making the time is nothing if not an exercise in creativity: I’m constantly searching for the glimmer of a possibility, waiting for moments ready to be stolen. I wonder how many minutes at the computer a long-forgotten toy dragged up from the basement will buy me with the kids. I scramble to prep dinner at 10 a.m. so I can escape to my computer for an hour after my husband comes home. I ask myself how much television is too much for a 2-year-old and if that amount changes when the show is educational. (I suspect not, but humor me.)

I make time for writing because it’s a life preserver in a sea of diapers and tantrums and middle-of-the-night wakings and arguments with a 2-year-old about the color of the sky.

I fight for the time during afternoon nap, praying to the naptime gods that the toddler doesn’t decide today is not such a good day for sleeping. I carve the time out of other obligations, foregoing an extra hour of sleep or an early-morning session on the treadmill. I invent time when I’m doing other things, committing sentences to memory while showering or driving in the car or standing at the kitchen counter chopping vegetables or soothing a child to sleep.

I make time for writing because it’s a life preserver in a sea of diapers and tantrums and middle-of-the-night wakings and arguments with a 2-year-old about the color of the sky. I make time for writing because it makes me heartbroken not to. There’s a certain mourning process that mother-writers experience when they stop putting their words to paper. The act of writing clings to them like a phantom limb, a persistent haunting. I had the beginning of a story in mind, but I lost it when the baby dumped a bag of flour on the kitchen floor. I want to write, but I can’t even punctuate an email properly. I used to have intelligent, provocative things to say, but now my mind has been dulled into oblivion from repeated viewings of Elmo’s World.

I didn’t tend to my writing for a long time after having my first son seven years ago. I told myself that the other stories I was telling – in the housework and the laundry, in the crusts cut off sandwiches and the same book read over and over, in the soreness of that well-worn spot on my left hip where he spent most of his day – were enough. And it’s true that those stories, though different than the ones I told in writing, were no less beautiful. But the more children I had, the more I wanted to write. The more I shared my body and time and energy with my sons, the more I wanted one single thing for myself. Something that was just mine.

When my second son was a newborn, I wrote my first short story as a mother. It came quickly and furiously, not unlike that child’s birth: inside me one moment, outside of me the next. It felt good – an addictive rush, a wave I never wanted to stop riding. I was determined to preserve that part of myself, to protect and value and nurture it. To never let it fall to the bottom of my list of priorities again.

I haven’t always done this successfully or consistently, but I do it as much as I can. Even when it feels like there are better uses of my time or more important things to focus on. Otherwise, my writing becomes a permanent itch I can’t scratch. It festers and boils, builds resentment and harbors frustration. When I write, the itch subsides for a while. I find relief. I find myself.

My mother asked me recently if I was keeping a record of my published writing. “You’re leaving the boys a legacy,” she said. “This writing is you. Your voice and your memories of this time in your life. The kids won’t remember it, but someday they’ll want to know what it was like. What you were like.”

This was a revelation. I always thought that making the time to write meant I was refusing to turn over every piece of myself to my sons. There was guilt necessarily attached to that. What kind of mother was I, if I was unwilling to sacrifice everything for my children?

In reality, by continuing to write, I was giving my sons a part of me they would never otherwise have. They were getting all of me after all.

What I do know is that when I make the time to write, I’m not being selfish or indulgent. I’m not wasting time or dabbling in a trivial hobby. I’m not saying that being a writer is more important than being a mother.

What I am doing is handing my children the last remaining scraps of myself – my most secret and lovely thoughts – and saying, Here. You already have the best parts of me, but take this, too. This is who I am, and it’s yours to keep.

—Sarah Bradley is a freelance writer, creative writing instructor, and the founder of Pen to Paper Creative Writing Services. Her fiction has appeared in The Forge Literary Magazine, Black Fox Literary Magazine, and From the Depths by Haunted Waters Press; her nonfiction has been featured at “On Parenting” from the Washington Post, Today’s Parent, Mom.me, Tonic by VICE, and RealSimple.com, among others. Sarah lives in Connecticut with her husband and three sons, ages 7, 4, and 3.