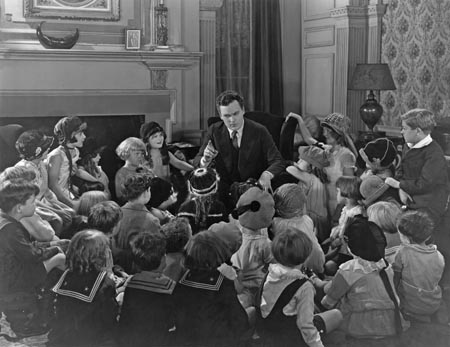 Place has always been paramount for me as a writer. I was lucky enough to grow up in a small mining town set deep in the rugged Appalachian Mountains of southwest Virginia, very near eastern Kentucky, and very isolated in those days. My father owned and ran the Ben Franklin dime store on Main Street; my mother was a home economics teacher at the high school. I was an only child born to them late in life, so I grew up hanging around the older folks in my daddy’s big, raucous family. I don’t know how many nights I fell asleep on somebody’s lap on somebody’s porch, having tried to stay awake long enough to hear the story being told. Even now, stories come to me in a human voice. All I have to do is write them down. Sometimes it is the voice of the narrator or another character in the story, but often it seems to be the voice of the story itself.

“Don’t you tell me no story now!” my father often said when I got in trouble for something, although he was no slouch in the storytelling department himself. In fact, in the mountains where I grew up, a lie was usually called a story, and no distinction was made between them. Even as a child, I noted that the truth did not seem to be nearly as important as the skill of the storyteller.

It didn’t really matter what the story was about: a man who left his wife for a dog or that woman who walked these hills in a long black veil or the time the lightning bolt came down the chimney, rolled all the way through the house and out the front door. “Why it knocked me right out of my little red chair!” as my grandmother always told it. They were world-class storytellers, all of them.

I fell right in with them, so much so that this same grandmother later announced, “Why, there ain’t no truth in her!” There wasn’t much. I got sent home from school for telling everybody that I was adopted, that my mother was dying of a wasting disease, that a burglar had broken into our house and locked us all up in the basement. I loved to make things up. It was so much more interesting.

I also heard a lot of stories at the dime store where I worked as a very little girl when my job was “taking care of the dolls.” Not only did I comb their hair and fluff up their frocks, but I also made up long, complicated life stories for them. I gave each of them three names: Mary Elizabeth Satterfield and Baby Betsy Black. Upstairs in my father’s office, I got to type on a typewriter, count money and observe the entire floor of the dime store through a one-way glass window. I witnessed not only shoplifting, but fights and embraces as well. Thus I learned the position of the omniscient narrator, who sees everything, yet is never visible.

So you can see how my writing started in that place. All my life, I have written fiction the way others write in their journals, coming to believe, over the years, that I can tell the truth better in fiction than in nonfiction, since you can move the facts around so conveniently to fit your theme or the needs of the story. Fiction is easier by a long shot.

The memoir bug didn’t bite me until my entire town was demolished as part of a flood-control project. I went to witness the dime store being blown up several years ago; more recently, the house I grew up in was demolished, too.

As soon as the actual places were gone, I felt a tremendous need to re-create them again in words and to people them with those who had been there. My memoir Dimestore emerged from that impulse.

Crafting a memoir has been harder than any other writing I have ever done, but also more gratifying. My belief is that we have only one life, that this is all there is. And I don’t want to lead an unexamined life. No matter how painful it may be, I want to know what was going on, who I was then, what I thought and felt and did upon this earth.

Lee Smith has published 13 novels, four collections of short stories and the memoir Dimestore. She is a recipient of the Academy Award in Literature from the American Academy of Arts and Letters, the North Carolina Award for Literature and the Southern Book Critics Circle Award.

Journaling without the tedium

How to make your memoir stand out