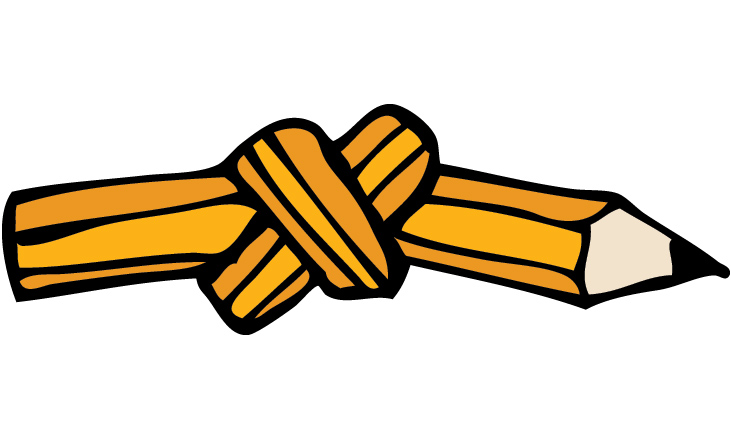 The first quarter of 2016 was a writer’s dream: my debut novel had been sold; I’d started book publicity efforts; I was making a difference publishing new writers at the literary magazine I edit for; I had a solid idea for a second novel.

And then my MFA program up and died.

It doesn’t look like much on the surface, but I’d had this built-in community for more than six years, both from 2010 to 2013, when I was actively in class, and then as an alum from 2013 to 2016, while I was pitching my book and trying to write new material. It provided support and structure, and, perhaps most importantly, a cohort that would regularly remind me to work toward my writing goals.

So when the MFA administration announced that spring of 2016 would be its last semester, I found myself in a place I didn’t even know existed: I lost my will to write.

They say writing is a solitary exercise. And while that’s true, it’s also true that writing for oneself can end up being a largely fruitless existence: If you’ve never published anything, and no one ever sees your work, then you’re writing in a vacuum. And if you’ve ever had the benefit of feedback, and learning just how good your work can be once you’ve had it, then you’ll know what that’s like, and you’ll never go back to writing in a vacuum again. And, then, once you’ve had the experience of seeing your work on a printed page, and knowing that hundreds of people will be seeing it, well, that’s a similarly progressive feeling, one you can literally take to the bank.

And then there’s the question of time. When you are a writer trying to juggle a book launch, editing for a literary magazine, actual regular-paying work, and, well, life, soon you are left with barely enough time for sleeping and kind of eating. Creativity naturally falls off the to-do list.

So you need your writing friends and your writing community to keep you honest. You need them to tell you, “You should be writing.” Better yet, you need them to ask you the questions, “Are you writing?” and “What’s going on with the second book?” and you need to feel the incredibly embarrassing flush that seeps through your pores when you have to tell them “no” and “nothing.”

Anyway, when the announcement came, in February of 2016, I was in the grip of a whole lot of Not Writing. Now, look: I have been a published writer since high school. And I have been a paid writer since college. And I love even what some might term as hack writing, which is writing copy for things like plus-size lingerie retailers and ecologically sound furniture companies.

So sure, I was still writing copy, because, you know, groceries and air conditioning. And obviously I was writing to promote my book with guest blog posts and Q&As. Plus, crazy book-tour travel. But in the months following the MFA program’s demise, I wrote absolutely nothing that would help turn the draft notes for my second book into a coherent narrative. And I certainly wasn’t penning anything I felt I should submit for publication.

This dragged on for almost the remainder of 2016.

What was really going on was this: When the MFA announced it was closing, I found the ultimate excuse for Not Writing: I told myself that my community was going away. Worse, the biannual 10-day residency that the MFA put on – which added up to three full weeks of time each year that I would be around other writers, living with them, working with them, talking nerdtastic writerly garbage deep into the night, and yet not feeling weird about it because hey, we are among our people – was going away.

For years, I had believed I could depend on this residency. I knew that if I didn’t get any writing done in the months preceding a residency, it would be okay, because I could get a hell of a lot of mileage out of three full weeks of being around other writers. And the networking at these residencies – at which we’d meet faculty members who could share their wisdom and experience and contacts and energy with us – well, that was going away, too.

As much as I was leaning on the work around my debut novel as an excuse for Not Writing, I was also leaning on not having a literary community anymore to Not Write. Worse, I discovered that I’d been leaning on having those 21 residency days to be my productivity for the year.

It was ridiculous. I think we can all agree on that. And it was painfully stupid, because the Not Writing caused me to be Not a Nice Person. I bitched and moaned a lot; I got nothing done; I even stopped exercising for a while, which, for this writer, is about as bad as not writing. I was pretty much done with everything that was even remotely good for me.

The truth is, I didn’t lose my drive to write when the MFA died. What I’d lost was my excuse for putting the writing off.

When you have easier things to do, things that involve passively taking in information (story tips, you know, in the form of binge-watching Arrow or Supernatural or Quantum Leap), or when you have things to do that are more quickly rewarding than writing a novel or an essay, well, you do it. And then, when you know you can say to yourself, blithely, “Man, I wrote 50 pages during last residency!” or you can recall that one residency where you came up with six essay ideas and pitched and sold one to an editor right there, that kind of seals the coffin.

It was not a tenable existence. So in the end, after nearly a year of Not Writing, I decided to dig myself out by calling on the MFA community – with one key change. Instead of a twice-yearly thing, I made them a year-round thing.

I made a concerted effort to connect with them more. I called them “just to check in.” I sent random emails.

For someone who once claimed she didn’t go to the MFA to make friends, this was a shift.

Oh, sure, there were other things as well: I made myself go places that would force me to turn off the internet and write. I took on projects that would force me to be creative, like a commitment to a monthly newsletter and actively pitching more work. But in the end, it was the same community I’d used as a crutch that I found I could depend on always, even now that I’m past limping along one residency at a time.

Because sometimes, yeah, life throws us roadblocks. But more often than not, we make them for ourselves.

Yi Shun Lai is the author of Not a Self-Help Book: The Misadventures of Marty Wu (Shade Mountain Press, 2016) and the nonfiction editor for the Tahoma Literary Review.