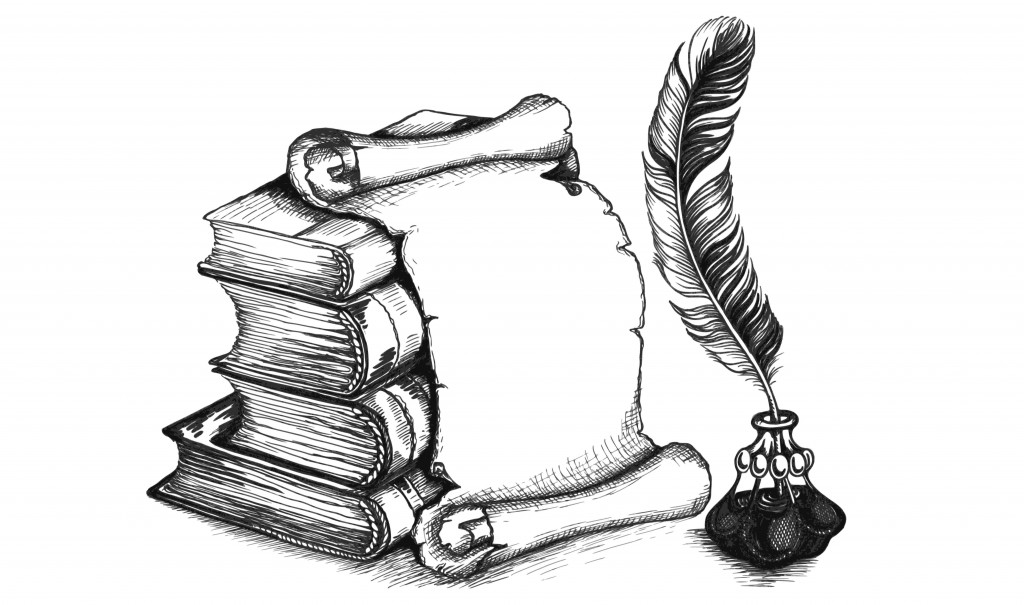 After years of false starts and failures, I recently finished the first draft of my novel.

When I said I wrote it, I meant handwrote it, longhand, using inexpensive fountain pens and lined journals.

I know what you’re thinking. Who in the 21st century deliberately chooses pen and paper to write fiction over a word processor?

After having done it myself, I know a bit about why a writer would choose this old-school method.

THE BENEFITS OF WRITING LONGHAND

Turn off, tune in.

Constant computer distractions are not conducive to creative writing. I don’t have to wait for my pen to boot up. I can write in any coffee shop, airport, plane, bus terminal, bus, beach and park, and never worry about recharging or power outlets.

I admit I’m weak and easily seduced by the Internet. Shutting down every Web-entangled gizmo – computers, cell phones, tablets – scotches the temptation to check emails or Facebook. No breaking news, instant messages, chat requests, virus and malware pop-ups, upgrades to download, rings and beeps fighting for my attention. Without these bytes, I’m better able to marshal my thoughts and creative energies.

Old-school pen and paper let you concentrate on the story and leave checking minor facts, spelling and other time-consumers for later, after the hardest part of your novel – the first draft – is written. How many times were you going to quickly check “one little thing” and three hours later….

Best-selling author Joe Hill wrote this on Tumblr: “I know nobody is going see my longhand draft but me. That’s a free pass to suck.” Pen and paper grant you the freedom to push forward and finish.

Handwriting allows you to set aside typed page count and concentrate on what’s important: words and story. Stephen King has reported writing Dreamcatcher with “the world’s finest word processor, a Waterman cartridge fountain pen.” By slowing down, writers may write more scenes that matter with less conscious effort at style. And once you start writing longhand, you’ll be surprised how many words you can scribble.

Get that old-school magic.

With 41 states no longer teaching cursive, handwriting is becoming a lost art. There’s something old school and primal about scratching words on paper. Neil Gaiman has said, “For novels, I like the whole first and second draft feeling, and the act of making paper dirty.”

You don’t need a computer or expensive word processing software. Chances are you have plenty of pens and paper. Workhorse fountain pens such as the Platinum Preppy and Jin Hao 599 sell for under $5 online. Writing journals run the gamut from a few bucks at neighborhood grocery and office supply stores to more than $20 for a bonded Italian leather journal or fountain-pen-friendly journals.

But wait. Don’t you still have to type it? Yes. Editors and book publishers demand word-processed files.  But it is also another opportunity to work on a draft. You’ll achieve another level of improvement with this step. But it does raise the issue of the downsides of handwritten work.

THE DRAWBACKS OF WRITING LONGHAND

Some writers don’t write stories from beginning to end. They use writing software to jump between open files, working on several scenes at once. Writing longhand can also double the work time for those with poor penmanship. Even perfect penners admit they scrawl undecipherable words and passages and that the editing process is ongoing. “I do write from beginning to end, in that I write one scene at a time, starting with the first and going to the last,” says novelist Marcus Sakey. “However, I depend on writing digitally because it allows me to jump around within that scene, to write a couple of paragraphs in a row, then think of a great bit of dialogue that will be coming in a few more and get it down, then jump back two pages to seed in something I need. Essentially I’m constantly embroidering the prose as I write it.”

Electronic files can be copied, cut and pasted, backed up, saved to the cloud and emailed. If your journal is lost or stolen, you’re toast. Computers and tablets easily share files and make collaborating with other writers feasible.

Mashable reports that Hollywood successes Quentin Tarantino, George R. R. Martin and George Clooney all write longhand, and eventually the paper versions get transcribed into electronic scripts. For you, a smorgasbord of sophisticated software such as Scrivener and Final Draft juggles text, creates and rearranges index cards, outlines and assembles scripts sans scissors, tape and photocopies.

For $10, apps such as Freedom can block you from going online for whatever time you set. To get back online, you have to wait for the timer or reboot.

Something borrowed, something new

Mightier than the pen, more powerful than your father’s typewriter, digital typewriters from AlphaSmart combine the best of both world: simple writing software that’s Internet free. These writers store and send text to your computer’s word processor through a standard USB cable.
Why haven’t you heard of them? Cheap laptops and tablets pushed these writers into extinction. But the battery-operated typewriter with digital display and comfortable keyboard boasts a huge and faithful following, and plenty list on eBay at around $30 (including shipping). Freewrite, a Kickstarter success, upgrades the concept with a mechanical keyboard, electronic paper screen and cloud backup.

Bottom line: If you’re not writing, the time and steps saved by using a computer don’t matter. If you’re having trouble starting or finishing, pick up a pen and see if it’s “write” for you.

Michael Cahlin is a tech writer who has been published in Laptop Magazine,
PC World and Wired.

Want to find more time – and motivation – to write?These articles might help: