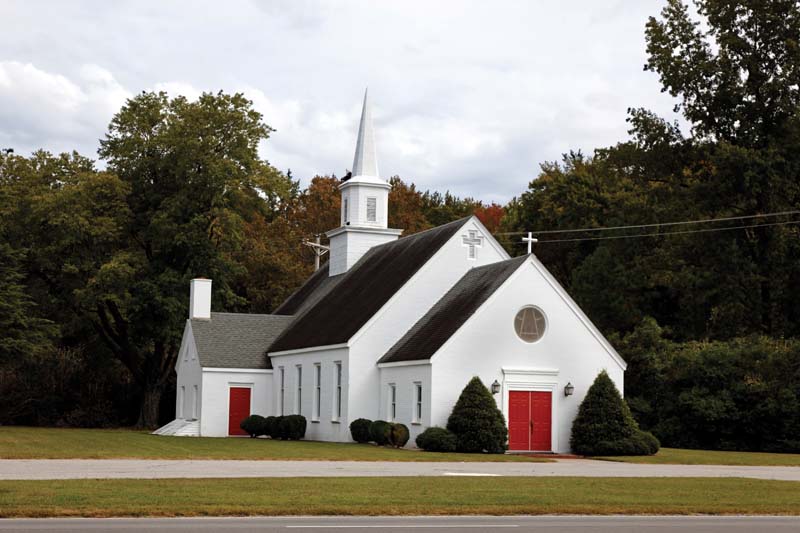 Not long ago at a university bookstore, I came across a paperback copy of the debut novel by Richard Bausch, Real Presence. The paperback caught my eye because many years back, Bausch was my first writing teacher, and I’ve followed his career through publications, interviews, reviews and chance encounters with other writers who have cited him as an important influence on their writing.

Real Presence is about an aging and exhausted monsignor who is assigned to a country parish in rural Virginia. His biggest challenge, besides staying awake during confessions, comes in the person of Duck Bexley, who shows up in town with his pregnant wife and five children. The whole Christian agenda is on the line when the Bexleys petition the priest for a place to live despite his desire to be alone – and of course, I understood that theme when I was reading the book in my college days. But Duck Bexley? Who has a name like that?

I don’t come from a particularly literary family – although my mother was a librarian and, when she was a young housewife, she won a Packard station wagon in a writing contest she heard about on the radio. She wrote an advertising jingle and won the car. This happened before I was born, and somewhere there is a black-and-white photo of the car dealer handing her the keys while four of my older siblings and our father stand by smiling. But it’s not as if writing was a topic of discussion at the dinner table.

Bausch was the first person to make me conscious of writing as a craft, to develop my critical faculties. I was 17 at the time, a freshman at a community college where he was a professor and I was struggling to find my way. He had an unconventional teaching style – at least compared to my Catholic high school. Students brought writing samples to class and worked at their desks while he called out numbers, like at the Baskin-Robbins ice cream parlors. The room was silent, except for the whispers between him and the student whose number had been called to go sit at the table in the front.

I had never known anyone who had written a book, so when Bausch announced that his novel would be published, I felt excitement for us both – him for the accomplishment and me for the proximity to accomplishment.

The day Bausch’s hardback books arrived in a box, I happened to be with him and his family at their home. I was there picking up a piece of furniture when a postman showed up with the books. Bausch took one out the box, signed it and handed it to me. It was 1980, the year he became a published novelist and the year I began thinking seriously about writing. It may well be the last year I saw him, too, though we “like” each other on Facebook.

Of course, any writer would remember a day like that. It’s a lasting impression. But it’s not the only lasting impression. I also remember the slow quietness with which I learned to read and edit my own writing, and understand the careful attention required of me as a teacher.

I read Real Presence immediately that year and thought about the imagination in its pages, marveled that anyone I knew could create an actual novel, that anyone could name a character Duck. Naïve thoughts of a young writer, for sure. But ones you never forget.

­Alicia Anstead is editor-in-chief of this magazine.