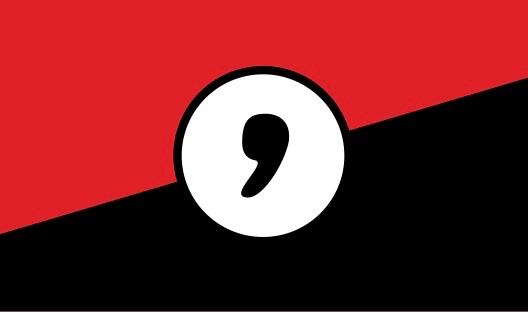 Even if you can’t imagine less than one-third of a second, here’s something I’ll bet you can comprehend: $10,000,000. In O’Connor v. Oakhurst – a riveting case for grammar police across the globe – milk truck drivers sued their employer for overtime pay because a missing serial comma in state law failed to include their delivery duties in a series of jobs that are exempt from overtime. It’s an unimpeachable truth that the owners of Oakhurst Dairy in Portland, Maine, sure wish the lawmakers who penned the state’s overtime law had spent less than one-third of a second typing an Oxford comma so that the dairy wouldn’t have to shell out $10 million to its delivery drivers. Oopsies.

Maine’s overtime law states that any hours worked beyond 40 must be compensated at 1.5 times the normal rate of pay. With exceptions. According to the law, the following jobs do not qualify for overtime pay: “The canning, processing, preserving, freezing, drying, marketing, storing, packing for shipment or distribution of” perishables and two other specific categories of food. In the long series of activities that are exempt from overtime pay, there is no comma before that final conjunction linking the last two items. That’s right. No serial comma.

Unfortunately for Oakhurst, Circuit Judge David Barron sided with the dairy truck drivers. “For want of a comma,” he wrote, “we have this case.” In 29 methodically explained pages, the judge concluded that because Maine requires a liberal reading of the law when there is ambiguity, “distribution of” is not a stand-alone activity. So, because the truck drivers do not “pack for distribution” of perishables, they deserve the years and years of overtime pay for which they were not exempt.

Finally! A legal decision that supports the inclusion of the Oxford comma, or as I like to call it, I was right all along. Grammar rules do too matter, so shut up. No, you!

O’Connor v. Oakhurst, of course, isn’t the only battle over the inclusion of the Oxford comma, a.k.a. the serial comma. The “serial killers” (mostly newspapers) and the Oxford-advocates (everybody else) get into fierce internet skirmishes, with both sides flinging insults, expletives, and vitriol because they cannot reach an agreement. Oxford proponents insist that including the serial comma helps writers avoid ambiguity, makes lists easier to comprehend, and corresponds to the natural pause that speakers make before the final item. Anti-Oxfords’ arguments for omitting the serial comma are stupid the economy of printing space, the avoidance of redundancy, and the fact that sometimes that final comma causes ambiguity, blah, blah, bladdity blah.

Look. We can dissect the pros and cons for time eternal. (See “A breakdown of arguments in the Oxford comma debate.”) But it won’t change the truth: The Oxford comma is not only a necessary punctuation mark, it just takes so little effort that I can’t believe folks still argue about including it. Less than one-third of a second. What in the Sam Hill are you people doing that you can’t even spare one-third of a second? If you refuse to use a serial comma, and it ends up costing you millions and millions of dollars, don’t say I didn’t warn you. Because that was your warning. Right there.

A breakdown of arguments in the Oxford comma debate

Prevents ambiguity; promotes clarity
Anyone can see how essential to clarity a serial comma would be in this sentence:
My favorite things in the world are vajazzling, eating tender baby-back ribs and my children.
Do you honestly want all of your Facebook friends to think you are a cruel child killer and a cannibal? Do you? DO you?

Enhances the comprehension of items in a list
Every night before Annie goes to sleep, she prays that her grandpa will receive spiritual comfort, a new liver and fried onions.
Is her grandfather on the organ donor list, or does he just like to gum some fresh liver with his fried onions? What if Annie dies, and these are her final wishes? If we make the wrong choice, we’re going to hell. The pressure!

Corresponds to the natural pause in speech before the last item in a list
Our speech patterns contain natural pauses. (Unless you are Barack Obama.) Read the following sentence aloud:
The most inspiring people in my life are my parents, Barack Obama and Hillary Clinton.
See? You paused before Hillary Clinton, didn’t you? Alert readers to that intended pause with a comma. Because if you don’t…Well, you see what’s going to be all over Fox News, right?

Hurts the economy of space in print
Are you kidding me? What is the width of a comma? You guys are arguing over saving, like, a millimeter.

Creates redundancy
I’ve seen this explanation: “The comma and the conjunction serve the same purpose, so the comma is redundant.” Do these sound right to you: Peanut butter comma jelly? Salt comma pepper? Trump comma Putin?
Told you.

Causes ambiguity (sometimes) when the final comma creates an appositive
I’m fascinated by Melania Trump, the president’s pet, and the new décor of the White House.
Just. No.