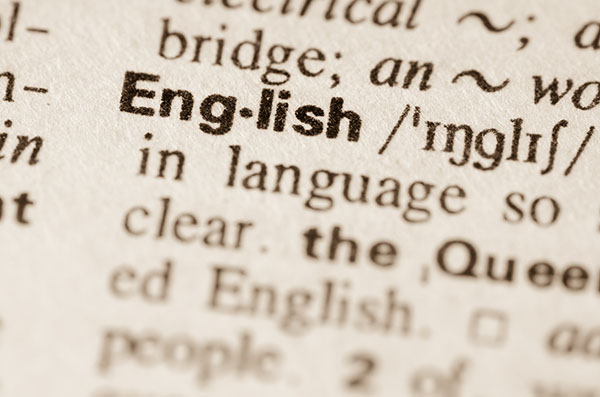 1. Sometimes novelists like to bypass introductions and drop us right in the middle of things. The first sentence of Virginia Woolf’s Mrs. Dalloway, for instance: “Mrs. Dalloway said she would buy the flowers herself.”

I’m sorry, which flowers? Were we discussing flowers?

3. On a desert island, however, “I drank the water” means something very different from simply “I drank water.”

5. Pun: They paid me ten cents a word for the article; I bought a gumball.

7. “The” was the first word I learned how to read. On my first day of first grade, my teacher, Miss Kane, administered a diagnostic test to see which reading group each of us belonged in. I remember waiting toward the back of the line, my nerves on edge because I couldn’t read a lick and was shocked to see that many of my classmates, even my best friend, could. Needless to say, I soon found myself in the bottom of four reading groups, The Care Bears.

Then I remember he moved his finger somewhere else on the page, isolated a chunk of ink, and asked, “OK, what’s this say?”

I burned with frustration. “I don’t know!”

“But it’s the same word I just showed you!”

The epilogue: By sixth grade, I had climbed to the top reading group. I now have a Ph.D. in English and write novels – I am still trying to escape that early shame, I guess.

8. It’s really the second “the” that makes the first line of Samuel Beckett’s Murphy so inimitable: “The sun shone, having no alternative, on the nothing new.”

10. “The The” is an English band that was formed in 1979 and is still variously active.

11. If we really want to reduce our carbon footprint, maybe we should cut back on our words? “The” is the most frequently used word in the English language; how many calories does each of us expend in uttering it throughout the day? Probably not many, but multiply that by every English speaker in the world, and then consider that for every one calorie Americans take in, ten calories of fossil-fuel energy are expended to grow that food.

12. Good, Bad, and Ugly. Lion, Witch, and Wardrobe. Beatles. Lord of Rings. Catcher in Rye. Silence of Lambs. Back to Future. Frosty Snowman.

13. English is a bitch. Sometimes th is voiced, sometimes it isn’t, and you just have to know. In “the,” it’s voiced, i.e., your tongue goes between your teeth, but you also get your vocal cords vibrating. In “think,” by contrast, the th is unvoiced, i.e., your cords don’t kick in until the vowel. There’s some regional wiggle room here. The th in “with,” for instance, tends to be unvoiced on this side of the pond, voiced on the other. “Thither” is the only word I can think of that contains both.

15. Brian K. Vaughan’s comic book series Saga (which I heartily recommend) includes among its characters a mercenary named “The Will.” His sister calls him “Billy,” but no one ever refers to him as simply “Will.” He is “The Will,” and you forget it only at your own peril.

16. Similarly, in The Big Lebowski, Jeff Bridges plays “The Dude.” He is no mere “dude” – there are plenty of those, while he is singular, unique. It’s something like a title – The Duke of Earl, The Duchess of Windsor. The King rests, The Dude abides.

17. We like to give our families these titles, too. If Angelina had taken Brad’s name, they wouldn’t have just been Pitts, they’d have been The Pitts.

18. The Englishman went to hospital while the American went to the hospital.

19. The second word of the King James Bible is “the” – unless you count the title, in which case it’s (arguably) first. In any event, within 10 words, God has created “the heaven” and “the earth.”

20. By “the sun” and “the moon,” we really just mean “our sun” and “our moon.” Spacefaring will eventually make demands on our grammar. And when time travel comes along, “the past” and “the future” will prove equally problematic.

21. I used to play the guitar. Now I just play guitar.

24. The “e” in “the” is usually a schwa sound, represented in the International Phonetic Alphabet by the symbol “ə.” This is the most common vowel sound in English, even if we tend to drop it when it appears in the middle of words like “chocolate” and “separate.”

25. Once in a while, however, we might make the e long by way of emphasis, as in “Your friend James Brown isn’t the James Brown, by chance?”

26. “The” always accompanies nouns – “the eat” is nonsense – though occasionally those nouns are only implied, e.g., the meek (people) shall inherit the Earth.

27. “The” separates the known from the unknown. “A boy” quickly becomes “the boy.” “The boy” becoming “a boy” is far less common, and far more jarring.

28. There’s a poignant moment in the film Eternal Sunshine of the Spotless Mind (which I really can’t recommend enough) where Joel, having loved and lost, refers to Clementine as “just a girl.” The poignancy comes from our knowing better: she’s a “the,” not an “a.”

30. My wife’s first language is Japanese. She has been speaking English since she was a child, but she still occasionally misses a “the” or inserts one where a native speaker would know it doesn’t belong, e.g., “Shall we hike the Diamond Head?” I wouldn’t have it otherwise.

33. Just before the doors close in Philadelphia’s El trains, a recorded woman’s voice warns, “Doors are closing.” It’s always sounded weird to me – like, without the article there, the figurative overtones practically overwhelm the literal meaning. Depending on your disposition, it might sound ominous as hell (like when, as a young Catholic kid in the early days of the internet, I would occasionally find myself confronted with the message “Connection to host lost”) or it might serve as a welcome reminder, the proverbial kick in the ass. In any event, it’s true: Doors are closing. What are you going to do about it?

M. Thomas Gammarino is the author of the novels King of the Worlds (Chin Music Press 2016) and Big in Japan (Chin Music Press 2009) and the novella Jellyfish Dreams (Amazon Kindle Singles 2012). In 2014, he won the Elliot Cades Award for Literature, Hawaii’s highest literary honor.