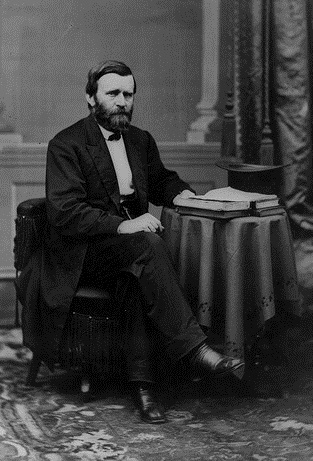 Most people know Ulysses S. Grant as the victorious military commander of the Union army and as a two-term president of the United States, but many forget that he was also a beloved author who wrote one of the most critically acclaimed and commercially successful memoirs of the 19th century. Of Grant’s Personal Memoirs, Mark Twain wrote: “General Grant’s book is a great, unique and unapproachable literary masterpiece. There is no higher literature than these modest, simple Memoirs.”

The inspiring story of why and how Grant wrote his memoirs, published in 1885, is as epic as his tumultuous life. He became an author in the final year of his life, right after he’d suffered two massive blows that would have destroyed a lesser man. He thought he’d become rich as a partner in Grant and Ward, a New York investment bank founded by his friend Ferdinand Ward. Tragically, Ward turned out to be a 19th-century Bernard Madoff. He used Grant’s famous name to attract investors, but he was actually operating a massive Ponzi scheme, paying out interest but keeping investors’ money himself. In the end, Ward fled with everyone’s money, including Grant’s.

Shortly thereafter, the second blow arrived: The cigar-loving Grant was diagnosed with advanced throat cancer, and wasn’t expected to live long. Grant’s primary concern was for his wife, Julia, and his family, who were now facing poverty. Broke and battling cancer, he chose to write his life story to guarantee his family’s future. He personally negotiated his book contract with author/publisher Mark Twain, who wanted to sell subscriptions for a planned two-volume memoir.

Twain’s terms were generous, according to Grant biographer Charles Bracelen Flood, who writes in his book Grant’s Final Victory that “Grant was to receive an immediate advance of $10,000” and “a 20 percent gross royalty on the sales.” Twain’s offer saved Grant financially, and Grant’s delivery of his finished Memoirs, just days before throat cancer took his life at age 63, would ensure his family’s financial future. Despite fighting tremendous pain, especially when he swallowed, Grant wrote about three pages per day for the final year of his life – maybe the bravest fight of his battle-scarred career.

According to Flood, Grant wrote about six or seven hours a day. In the last weeks of his life, a weakened Grant was forced to dictate his final pages by whispering in the ear of an assistant. As the ever-humble former president wrote in his book’s preface, he knew his time was running out: “I would have more hope of satisfying the expectation of the public if I could have allowed myself more time.”

Grant wrote with every ounce of energy he had left, knowing full well that cancer was killing him. As he confided to a friend: “I pray God however that [my life] may be spared to complete the necessary work upon my book.” Grant won the race, but just barely. Concerning Grant’s last days of writing, Flood writes, “The moment [when Grant delivered the finished manuscript] marked the end of an amazing effort,” perhaps the greatest example of tackling adversity in the annals of American authorship.

In a single year, Grant became bankrupt, struggled against cancer and tirelessly wrote one of the finest memoirs of the 19th century. As he showed all his life, but especially at the end, Grant never stopped fighting. His marvelous Personal Memoirs is a literary testament to his monumental toughness.

Tips on writing a biography

Looking back with historical fiction

In the shadow of terror