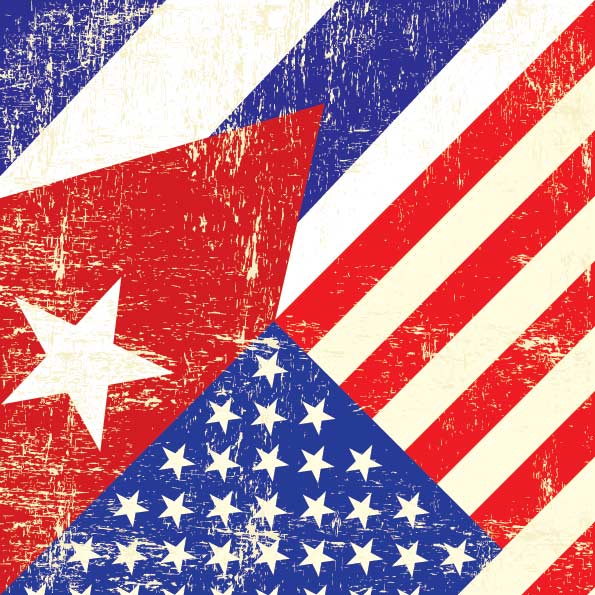 As an American-Born Cuban (ABC) writer, I have always considered Cuba my albatross. In my 20s, the subject was so tricky that I thought I might leave it to someone else altogether. But by the time I hit my 30s, I realized there was an enormous black hole in the Cuban narrative that needed to be filled. And if no one else was going to do it, then I had to. Like Toni Morrison said: “If there’s a book that you want to read, but it hasn’t been written yet, then you must write it.”

I started really writing about Cuba in 2009. By 2013, I had become used to the hate mail. I received emails from the right telling me I was “full of detritus” for wanting to end the embargo with Cuba. I got phone calls from the left, trying to enlist me in organizations I’d never heard of. I had strange Facebook requests from inside Havana, from people who perhaps had questionable intentions, or perhaps not; I couldn’t tell. All I wanted was to share a perspective, to understand the topography, philosophy, and psychology of my particular patria, or homeland. But to write about Cuba was to step into the mire of recent Cuban history, thick as it was with its long-reaching ripples.

To write about Cuba was to think about my mother, who spent 23 turbulent days at sea at the age of 5 in order to escape the island. It was to think about her uncle, who had been a political prisoner in one of Castro’s jails, and, we’d been told, had been given electric shocks during his detention. It was to think of my maternal grandfather, who always thought of himself as an agnostic and an anarchist, and who, in the ‘60s, received a knock on the door of his Havana apartment: the Cuban militia. That dreaded knock, which for so many was the last they’d ever hear.

As part of this ripple effect, I was born and raised in Miami, where, for much of my childhood, extremist Cuban-Americans protested, sometimes with violence: In one instance, they tossed a Molotov cocktail into a restaurant because the owners had invited a Cuban singer named Rosita Fornes to perform. The singer wasn’t vociferously anti-Castro enough, and chaos ensued. The restaurant eventually had to close.

For these reasons, and others, my family begged me to remain apolitical when writing about Cuba. I understood where they were coming from, but I wasn’t sure it was possible. Wasn’t writing itself a political act? Hadn’t singing turned out to be for Fornes?

It wasn’t just my family. Many Cubans in Miami said that “if you went to or talked about Cuba, you’d be fine, as long as you didn’t get political!”

Ironically, this chorus-claim was in fact deeply political, because the reasons behind it were so profoundly linked to the politics of not only one nation, but two – Cuba and the United States. The very denial of politics was a political statement. And I knew this, as I continued to write. 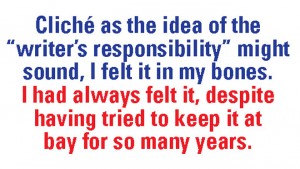 I wrote about Yoani Sanchez, a Cuban blogger, rumored at times to have been sponsored by the United States. I wrote about dissidents who made their way to Miami, Cuban-born Cubans of my generation who I was meeting for the first time after they’d been allowed to travel in 2013, without exit visas from the island. I wrote about ABCs like myself. I wrote because I knew things were changing, and I knew it was my responsibility to record this change, this great aperture between the United States and Cuba.

Cliché as the idea of the “writer’s responsibility” might sound, I felt it in my bones. I had always felt it, despite having tried to keep it at bay for so many years.

The first time I remember trying to hold this slippery fish in my hands, I was 16.

I was in my first car, a yellow VW we’d nicknamed the Banana Boat. My best friend, Yanik, was in the passenger seat, and we were at a gas station near my house. It was the happy-go-lucky ‘90s, Bill Clinton was president, grunge bands were breaking up, and Coolio was topping the charts with Gangsta’s Paradise. The digital age was entering our lives, full force, and we didn’t quite know what it all meant.

All of this was bubbling in the background. But somewhere in the foreground of my 16-year-old life was Cuba, always Cuba. Amnesty’s reports told me that there were about 600 prisoners of conscience on the island at the time, political prisoners – many of whom were incarcerated simply because they voiced a different opinion than the government’s. We were reading Charlotte Brontë at school, and when I read, “I am no bird; and no net ensnares me: I am a free human being with an independent will,” I thought: Jane Eyre is obviously not Cuban. Or maybe that’s what Cubans had to feel inside themselves in order to feel free at all. Maybe Cuba was like a 19th century woman, trapped by patriarchy.

As I pumped gas, I started to wonder out loud to Yanik about what we could do for Cuba, because we couldn’t just sit there and do nothing, right? I was feeling the roots beneath, pulling. My grandfather’s anarchy tugged at my feet when I came to the realization that if we went this route, Yanik and I had to be willing to risk everything, for country, for “nation.” And yet I wasn’t a nationalist, not even at 16.

“I don’t want to die,” Yanik responded. She looked at me with such an earnest face that we both started to laugh. “Me either,” I said. I turned on the engine, and she turned up the radio, burying Cuba, continuing down the path of our regular teenage American lives. As I drove off, though, I wondered to myself whether I would be so complacent if I were living in Cuba, and something inside me felt uneasy; a spur in my chest giving birth to a wound, and my heart beat with a flutter: fear and desire, fear and desire – for Cuba, for my history – the heartbeat of my life.

In all the years to come, infinite versions of the same scenario played out, and, I realize now, I’d always chosen to simply raise the volume on my American dial and trod on, just as I had done with Yanik at 16.

But by 2009, I couldn’t keep trotting without stopping, without ever seeing Cuba, without bringing the oral narrative of my family and so many others to the page. I most definitely wasn’t going to kill anyone, and I wasn’t going to join a political group, but I felt a responsibility to record and illuminate. To bring my point of view into light. Because it wasn’t just my point of view, it is a perspective shared by many.

These days, the responses I get to my writing are very different than the early days of hate mail. A tweet from a Cameroonian-American, who tells me my story is hers too. A Vietnamese-American who says the same. A fellow ABC who tells me I represent her; a black British West Indian who says: that was us, not too long ago.

In 2008, Horace Engdahl, then-secretary of the Swedish Academy, criticized American writers. He said that “the U.S. is too isolated, too insular. They don’t translate enough and don’t really participate in the big dialogue of literature.” I beg to differ. There are plenty of us American writers working very much in “dialogue” with the world. But he was right about one thing – the publishing world still does not represent that. It’s time the Big Five publishers catch on. I write about Cuba and ABCs because it’s important that these stories hit the mainstream, and become a part of the greater literary conversation. That is perhaps a different kind of political act than the one my parents begged me not to participate in, but both are part of being an American-Born Cuban writer, and both are powerful.

Vanessa Garcia is completing a memoir entitled My Cuban Routes. She is the author of the novel White Light, one of NPR’s Best Books of 2015.