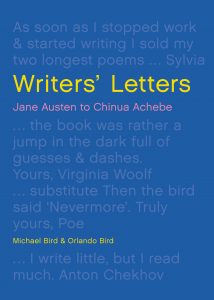 Correspondence from beloved literary legends such as Jane Austen, Virginia Woolf, Zora Neale Hurston, and Oscar Wilde are compiled in this new collection, which also strives to include acclaimed writers, such as Akiko Yosano and Gabriela Mistral, who are not as widely read in the Western canon. “We hope that some of these letters will mark the beginning of your acquaintance with their authors,” writes Orlando Bird in the introduction. 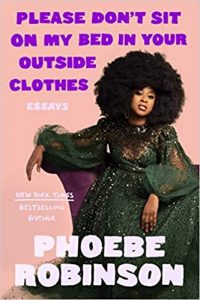 Please Don’t Sit on My Bed in Your Outside Clothes

“We’ve all been through a trying time, which is why I wrote something to make you laugh until you pee a little, feel until you want to rage a little, and think until you go back to laughing a little,” says acclaimed comedian, actress, and writer Phoebe Robinson of her third essay collection. “The world is burning, and Phoebe Robinson is the literary feminist savior we’ve been looking for,” said Hasan Minhaj of Robinson’s bestselling first collection, You Can’t Touch My Hair: And Other Things I Still Have to Say.