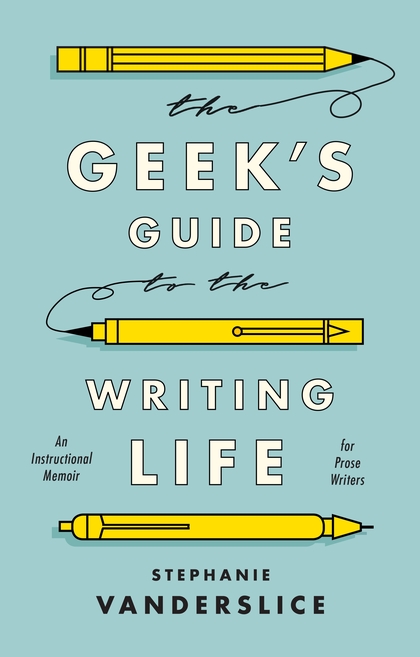 “The desire to create, to write, to fulfil [sic] our artistic dreams is a powerful human need. Yet the number of people who make a living solely by their pen is actually quite small. What does that mean for the rest of us, the self-described writing geeks, who are passionate about writing and who still want to sustain successful literary lives?” asks the back cover of Stephanie Vanderslice’s The Geek’s Guide to the Writing Life.

Vanderslice, director of the University of Central Arkansas’ Arkansas Writer’s MFA workshop, is completely open about her “writing geek” status in The Geek’s Guide. “Literally or metaphorically, I’ve never sat at the cool kids’ table in the cafeteria – whether in high school or the literary world – in my life. I wouldn’t even know what to do or say there if I had. I’m ok with this reality.” she says. “Face it, the cool kids’ table just isn’t that big.”

With refreshing and disarming honesty, Vanderslice encourages her fellow non-cool writers while delivering cut-to-the-chase advice. “You don’t really have to be cool to be a writer,” Vanderslice writes. “Lean in here and I’ll tell you the secret, something you’ll read over and over again in this book: Leading a writing life is more about doing the writing than anything else. Doing the writing when no one else really cares about what you’re doing, because – lean back in, I wasn’t finished – they don’t.”

The book contains short, incessantly readable chapters with titles like “Doing the work (and, sometimes, not doing the work),” “Making a living: Careers that support the writing life,” and “Making the show: They said ‘No.’ Now what? Or, they said ‘Yes.’ Now what?” Vanderslice also covers platform building, options for pursuing a writing education, and both traditional and non-traditional book publishing.

“Writing can be a lonely craft but Stephanie Vanderslice inspires, informs, and motivates with warmth,” praises Julia Fierro, author of The Gypsy Moth Summer.

“This is a deeply generous book, brimming with sustenance, practicality, and honest, hard-earned hopefulness,” echoes Julianna Baggott, author of the Pure series.