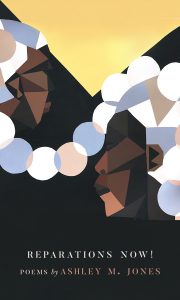 Ashley M. Jones has edited literary magazines, taught at universities, and been a Knight Foundation Fellow. But wait! There’s more: she’s also the founder of the Magic City Poetry Festival, which celebrates Birmingham, Alabama’s poetry scene, and been named Alabama’s youngest-​ever and first Black poet laureate. She is the author of the books Magic City Gospel (Hub City Press 2017), dark / / thing (Pleiades Press 2019), and REPARATIONS NOW! (Hub City Press 2021) and teaches at the Alabama School of Fine Arts and Converse University’s low-residency MFA program. She’s also a witty, sparkling conversationalist and one of the most generous women I know. We asked her for five must-read books by Black Americans. 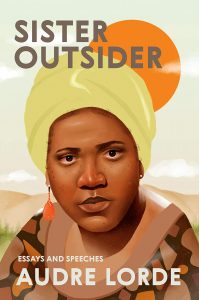 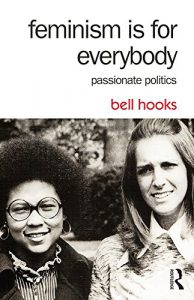 Feminism is for Everybody, bell hooks; Sister, Outsider, Audre Lorde.

“I wanted to focus on books that helped me to understand how I see the world and how I express myself in the world,” says Jones. (Sister, Outsider is a collection of Lorde’s essays and speeches; hooks’ work introduces a theory of feminism rooted in experience.) These books, Jones says, encouraged her to “see myself as a feminist who expresses all of my intersectional identities as a Black person, a southern person, a person who wants to have a family, a person who was raised by a stay-at-home mom, a person who is proud of being from the South. You know, a person who has faith, a person who is liberal. All these things can exist within me at the same time because Audre Lorde and bell hooks tell me that they can.”

Feminism is for Everybody: Bookshop | Barnes & Noble 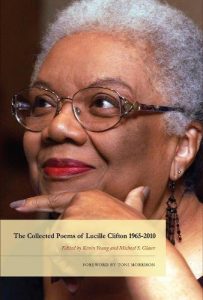 “Poetry has a unique ability to speak to people to get to the root of a human in a way that other forms of writing, at least for me, don’t,” says Jones. “Whenever I’ve taught [Clifton’s] work, everyone in the room, no matter who they are, what race they are, or what their political beliefs are…is able to say, ‘Oh, well, I see myself here,’ or ‘This was so interesting, I feel connected to it.’ And that’s just not true with every poet. [A writer like] Lorde is setting you on fire. Clifton is standing you next to the fire so you can feel how hot it is. Maybe she’s holding your hand right next to it, but then she’ll say, ‘OK, now I’ll take it away.’ So you think about what it feels like to be on that fire. Neither approach, I think, is right or wrong. It’s just when it comes to trying to bring people in, maybe I’ll start with just holding them next to the flame. And I would love to end with them standing in it and understanding that we’ve got to get out of this fire.” 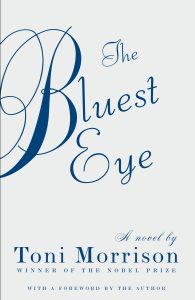 “This book has so many dynamic characters…and it’s all Black people. That’s a revolutionary thing, you know, for anybody, for a Black person, to see your people being portrayed. Authentically, but also dynamically – we’re not just there to be servants, we’re not just happy and singing, we’re not just being killed. You know, we are full people, we have issues.” Jones also admires the book’s realism: “The white gaze is not necessarily in the book, but it’s not ignored.” (The book’s protagonist, Pecola, considers whiteness and “the bluest eye” to be paragons of beauty and social acceptance.) 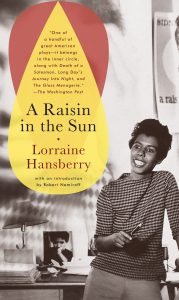 A Raisin in the Sun, Lorraine Hansberry

Jones first read this play in high school, but she became truly enamored with it after seeing the 1961 film starring Sidney Poitier. “This is my favorite play in the world,” she says. “It reveals just how deep white supremacy can go, like what it can actually do on a granular level to someone’s existence. The way that [Walter Lee, the play’s main character] feels about himself goes back to the way that his people are treated. [There are] those who think that ‘Black people just need to pull harder on the bootstraps’ – these imaginary bootstraps that have never existed for anyone, ever? Those who are like, ‘Well, you just got to do it and slavery is over and you know, you’re just wanting a handout.’ We understand [when we read this play] that you can pull up on every single bootstrap. You can put on every boot ever made. And if there’s still a boot like literally on your neck, you can’t do anything about that. It’s hard to move when you’re just wedged in there.”