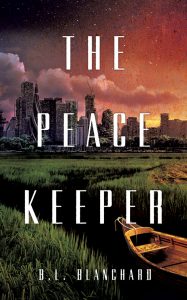 We asked writer Brooke Blanchard, of the Sault Ste. Marie tribe of Chippewa Indians, to talk to us about her five must-read books by American Indians. “This was such a challenging assignment,” she says, gesturing at the books stacked to one side. “There are just so many good books by Native Americans out now.” She chose a mix of nonfiction and fiction for us. Blanchard’s debut novel, The Peacekeeper, is out this summer from 47North. An alternate history police procedural, it follows Chibenashi, a police officer in a never-colonized Great Lakes region, as he attempts to solve two close-to-home murders. 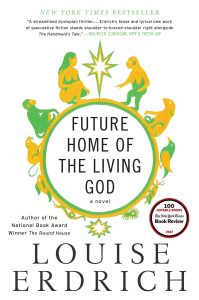 “Every dystopian novel [gets billed as] like, ‘Oh, it’s The Handmaid’s Tale,’” says Blanchard. “This one is like that, and what I love is that the hero is a pregnant woman, and she’s doing all of the action hero stuff while she’s pregnant…she’s rappelling, she’s sneaking around, she’s killing people to survive. This is someone who is an adopted Ojibwe woman into a white family, so she has very complicated relationships with her birth mother and adoptive mother. She’s a mother herself, and it just kind of shows how important that is.” 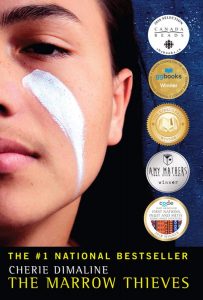 Dimaline’s debut young adult novel places real-world value on a key aspect of the American Indian identity. “It’s a world where everyone has lost the ability to dream except for Indigenous people. And so they are now hunted down and taken to facilities to try to figure out why can they still dream and no one else [can],” says Blanchard. “There are a number of things that I think are important symbolically here. One is the significance of dreams in Indigenous culture. And the other is this symbolism of, ‘OK, Native Americans have something we need, so we’re going to take it.” Blanchard points to this truth in contrast to the narrative of trade or negotiation that is often put forward in both fiction and nonfiction. “If you’re encountering this for the first time in fiction, then this will show you that this taking is real, that it actually happened,” she says. 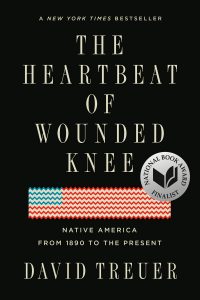 Blanchard’s nonfiction choice details Native American history after the massacre at Wounded Knee. The event is often described as the last stand of American Plains Indians, as if an entire population’s history stopped in 1890. “There’s a perception of, well, all the all the real Indians died off, and all these cultures are gone,” Blanchard says, noting that an early reader for her own novel expressed surprise at cellphone technology in the hands of her Chippewa hero. “It’s like, no, we evolve, we adapt. We survived.” Blanchard notes that Treur, who is Ojibwe, works to dispel the myths and stereotypes that surround our collective misunderstanding about American Indians. 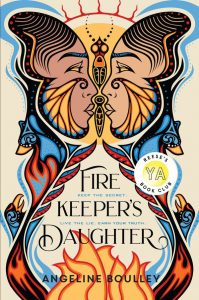 This young adult novel has already made a big splash: It’s a Reese Witherspoon book club pick, and Higher Ground, Barack and Michelle Obama’s production house, has picked it up for adaptation at Netflix. While the book takes place in real-life Sault Ste. Marie, home of Boulley and Blanchard’s tribe, the tribe Boulley writes about is fictionalized. “This tribe, for instance, does blood quantum,” says Blanchard, referring to the method by which tribal membership is determined. “Ours does not.” Boulley’s heroine, Danielle Fontaine, a half-Ojibwe, half-white 18-year-old, does not qualify for tribe membership (“Ojibwe” and “Chippewa” refer to the same tribe, although “Ojibwe” is used more widely). When members of her community begin to die in drug-related deaths, Fontaine becomes an FBI informant and must try to help solve the mystery. 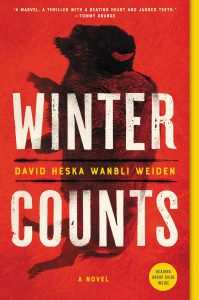 This crime novel, set in South Dakota and Colorado, highlights the limits of the legal system when it comes to crimes committed on reservation land. The hero, Virgil Wounded Horse, makes his living as a kind of freelance vigilante, meting out justice where the limited powers of the tribal police force cannot. But when hard drugs make their way onto the reservation and Virgil’s nephew, Nathan, nearly dies from an overdose, Virgil needs to make some hard choices about his role in his community. Blanchard also admires the book’s skillful world-building. “Again, this is not a culture that’s frozen in amber,” she says. “There is this discussion of modern Indigenous cuisine and experimenting with chefs, and I love that. You don’t see that very often.”