Writer Priya A. Desai’s family has lived in Los Angeles for generations and was one of the first Indian families to settle there. Her newsletter, “Curated” (found at PriyaADesai.substack.com), rounds up the must-read, -see, or -do on everything that touches her bi-cultural lifestyle, from books to movies to “vibes.” We asked her to recommend books that will help us to get to know the Desi culture. 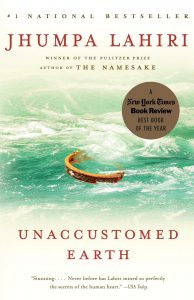 This book of eight short stories was “a game-changer” for Desai, she says, in part due to its sense of “tender devastation. [Lahiri] was among the first to write contemporary stories set in big cities in America. And then if you layer on her incredible artistry…for me, it was a kind of a seminal work. She helped me connect, helped me understand I wasn’t alone, and there’s something beautiful and tender about my experience, too.” Desai finds further kinship in Lahiri’s discussion of the trauma of immigration: “At least in my generation, there was such a predisposition towards ‘everything’s great [in America],’ like ‘everything’s good here.’ We never spoke about our experiences until college or much later years. We could all kind of find that friend in books like this, particularly her books.” 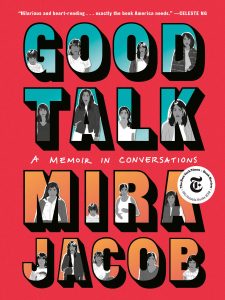 This graphic novel, told through the lens of questions from Jacobs’ biracial son, is not in Desai’s normal wheelhouse. “I’m not a graphic novel fan at all. I didn’t grow up with them,” she says. “And I’m not in an interracial marriage. But I really enjoyed her sensitivity to it.” Desai adds, of Jacobs’ artwork, “I thought the visual format was really interesting, and I have found that it speaks to a lot of people who are trying to learn what it’s like to be in this culture. I really enjoyed the way she painted herself in [a] dark brown color. It was evocative to me of what my own children go through, picking the right color of brown [for themselves].” 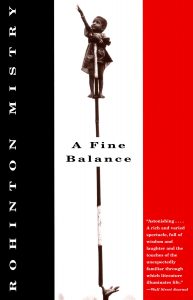 Taking place in 1975, just after the Indian government has declared a State of Emergency, this novel follows four individuals as they come together in unusual circumstances. “What I thought was interesting about this book,” says Desai, “is that it outlines the forces that shaped, at least, my immigrant parents. The Brits left, but they were replaced by a whole ‘nother band of Indian bureaucrats…I think if you want to understand the immigrants that came post-1965, this book is a really good way to do it. What opportunities did they see for themselves in that post-independence India? Answer is: not very much, unless you were in the two highest castes.” 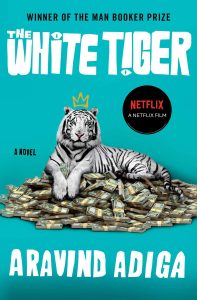 This winner of the Man Booker Prize has also been made into a Netflix movie. “If you want to understand a changing India, the India of today, then I think this is a really beautiful book to help you do that,” says Desai. Set in today’s contemporary India, The White Tiger details the story of Balram Halwai, a servant to a wealthy Bangalore entrepreneur. “Unfortunately, we have a whole servant class built into the order of things in India. So this is about a servant uprising against his masters and then taking advantage of…the opportunities that a new India affords him,” Desai explains. “It’s a dark, dark story.” 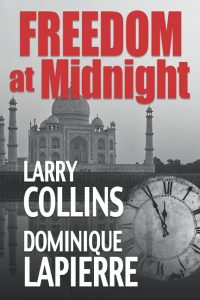 Desai notes, “Even though the book is old as fire and written by two white men, it is just a seminal work – so incredibly well-researched, laying out the events leading to independence like a thriller, delivering the layers of complexity in the most palatable way. To read this book is to gain a deep understanding of India’s origin story and, hence, that of my immigrant parents.”