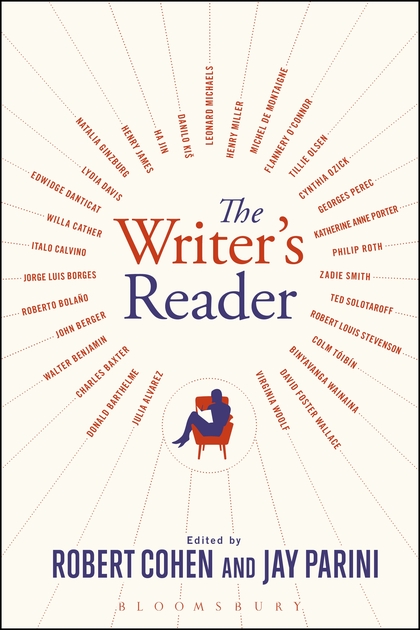 The table of contents in The Writer’s Reader: Vocation, Preparation, Creation reads like a Who’s Who of All-Time Writing Greats. And editors Robert Cohen and Jay Parini, both professors at Middlebury College, are successful authors in their own right: Cohen is the author of Amateur Barbarians and has published stories and essays in The Paris Review, The Atlantic, and GQ, among others; Parini is the editor of The Norton Anthology of American Autobiography and The Oxford Encyclopedia of American Literature and a number of books, including The Last Station, a novel inspired by the last year of Tolstoy’s life that was adapted into an Academy Award-nominated film.

As the subtitle suggests, Cohen and Parini’s anthology is divided into three sections: Vocation, Preparation, and Creation. In the first section on vocation, readers can find titles like “My Vocation” from Natalia Ginzburg and “Letter to a Young Gentleman who Proposes to Embrace the Career of Art” from Robert Louis Stevenson; in the second, works like Henry Miller’s “Reading in the Toilet” and Ha Jin’s “Deciding to Write in English” speak to preparation; and in the third, essays such as Colm Tóibín’s “Grief” and Virginia Woolf’s “Character in Fiction” cover creation.

In the introduction, Cohen and Parini write that they intend The Writer’s Reader to be “a portable bookshelf to consult in times of loneliness and self-doubt.”

“By no means do we claim that these extraordinary essays – classic and contemporary, familiar and less familiar, foreign and domestic – are in any sense definitive,” they write. “But they all share, in our view, a certain quality of rigorous self-reflection about the writerly vocation that is keenly felt and eloquently, often thrillingly expressed.”